Did you know these 31 presidents served in the military before becoming commander in chief? - We Are The Mighty

Did you know these 31 presidents served in the military before becoming commander in chief? 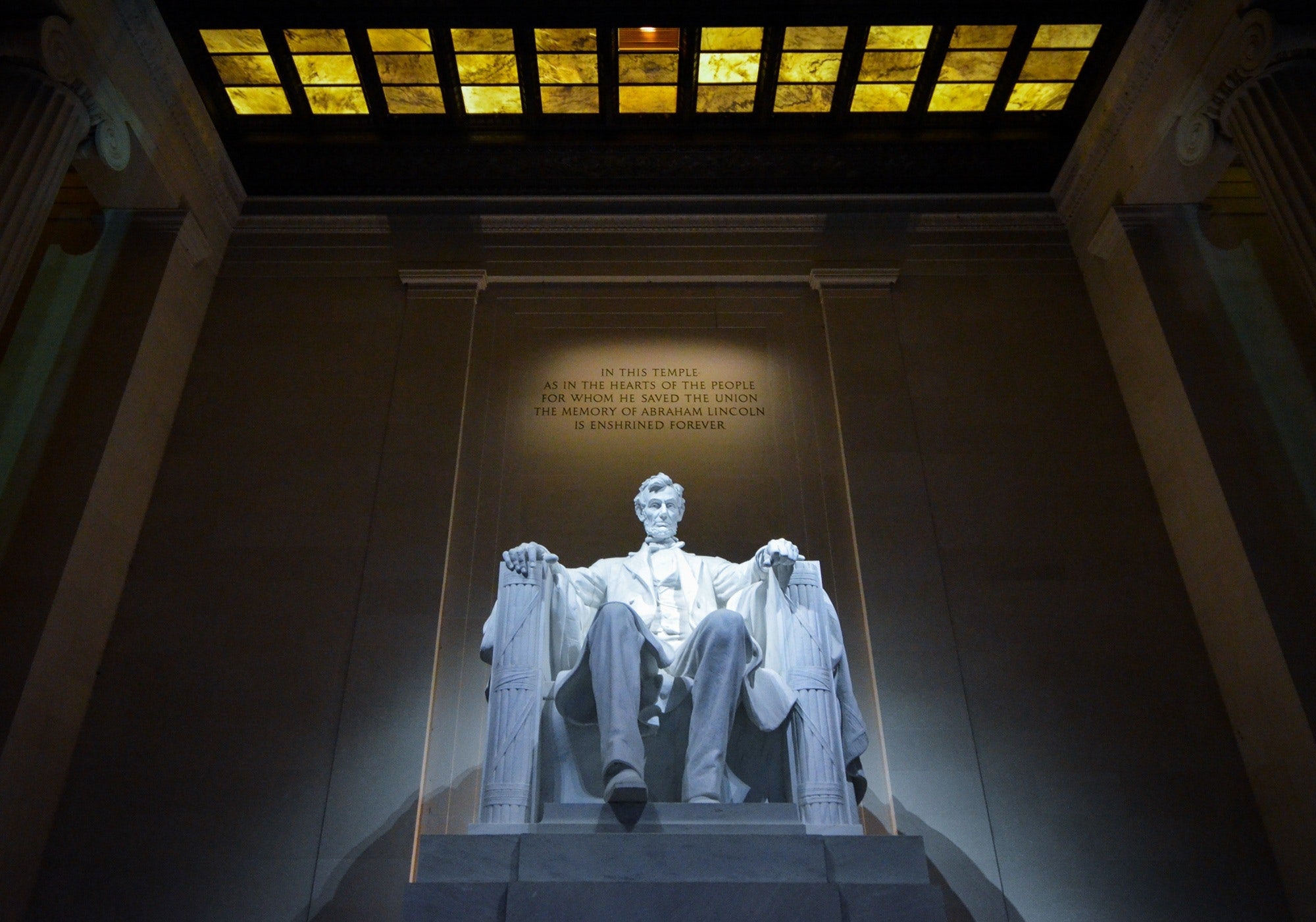 Serving in the military is not a requirement in order to become President of the United States. However, a surprising number of former presidents — 31 of them — served time in military ranks — in wars from colonial times, all the way up to Vietnam. That includes short stints, as well as those who put in decades, and enlisted and officers alike. Take a look at these past commanders in chief and their stints serving our country, before they did so from the very top of the chain of command.

By the age of 23, George Washington earned a spot as commander of all troops living in Virginia. And at the start of the Revolutionary War, he was named Major General and Commander-in-Chief of the Continental Army. In 1789 he was elected as the country’s first president, unanimously, in 1797. He continued with his military service, then in the U.S. Army, where he was named Lieutenant General, until his death in 1799.

Before his term as the second president, Thomas Jefferson spent nine years in the Colonial/Continental Army. Jefferson was also a colonel in the Virginia Militia until he was promoted to commander of the Albermarle County Militia in 1775.

Another member of the Virginia Militia was the nation’s third president, James Madison. He was commissioned as the colonel of the Orange County Militia in 1775, but his health prevented him from going directly to battle in the Revolutionary War. Instead, he remained an acting officer, before leaving the military for politics.

Known as the last U.S. President who fought in the Revolutionary War, James Monroe joined the Continental Army in 1775. He served as a lieutenant under Captain William Washington. Taking part in the Battle of Trenton, Monroe nearly died from a severed artery. George Washington himself awarded him for bravery, promoting him to captain. He eventually became a lieutenant colonel but left the military to study law under Thomas Jefferson.

As a pre-teen, Andrew Jackson helped deliver letters during the Revolutionary War and was eventually held captive by the British. (Yes, really.) He later served in the U.S. Volunteer Army, the Tennessee Militia, and as a major general in the U.S. Army. He earned this rank during the War of 1812, where he was nicknamed “Old Hickory” for his toughness.

Former president William Henry Harrison earned a gold medal for his work in the war of 1812. After first serving as a major general for the Kentucky Militia, he commanded the Army of the Northwest, before resigning in 1814.

John Tyler has a unique military experience in that it was short, and that he served in a little-known militia, known as the Charles City Rifles. Tyler was a captain in this Virginia militia until he dissolved it two months later.

Future president James K. Polk jumpstarted his political career as a colonel in the Tennessee Militia. However short, it was labeled wildly successful, as he helped lead a mission to extend the U.S. territory into the west as part of the Mexican-American War.

Zachary Taylor is said to have always wanted a military career. He fought in the War of 1812, the Black Hawk War, and the Second Seminole War. He earned the rank of major general in the Mexican-American War. His efforts named him as a national hero, and the title of U.S. President.

Former president Millard Fillmore actually fulfilled his military involvement after he was the president. He joined the Union Continentals as a major. The unit was made of men over the age of 45 and who resided from Upstate New York.

Yet another president to serve in the Mexican-American War, Franklin Pierce began his career in the New Hampshire Militia. He earned the rank of brigadier general until he was thrown from his horse and received substantial injuries that required him to resign.

James Buchanan was the final president to serve in the War of 1812. He is also the only Commander-in-Chief who was enlisted. Buchanan was a private within the Pennsylvania Militia until 1814.

Before his stint as one of the most popular U.S. presidents, Abraham Lincoln joined the Illinois Militia in 1832. He served during the Black Hawk War.

Under Abraham Lincoln, Andrew Johnson was named military governor in Tennessee in 1862. He was later promoted to brigadier general of the U.S. Army, a role he held until 1865.

Ulysses S. Grant is the first president to attend a U.S. Service academy, having graduated from West Point. To date, he is regarded as one of the most recognized military members in the country. Grant served in the Mexican-American War, the Civil War, and stood as a general until 1869.

Achieving the rank of major general, Rutherford B. Hayes fought in the Civil War. He was elected to Congress while still serving in the U.S. Army, despite not having campaigned.

During the Civil War, James A. Garfield joined the Army as a lieutenant colonel, eventually earning the rank of major general. At the time, he was the youngest to achieve this title. Like his predecessor, he was elected to a federal office without having campaigned.

Former president Chester A. Arthur started in the New York Militia, where he eventually became a brigadier general. Though he found in the Civil War, he avoided the battlefield, citing family that fought for the Confederacy.

During the Civil War, Benjamin Harrison joined the U.S. Army as a recruiter for volunteers in Indiana. Grandson of William Henry Harrison, he was named brevet brigadier general of volunteers by Thomas Jefferson.

Fighting for the Union in the Civil War, William McKinley served for four years. He was named brevet major, but resigned at the close of the war.

One of the legacies that Theodore Roosevelt leaves behind is his interest in military strategy and naval theory. Already working in politics, he actually left his career in 1898 in order to schedule a volunteer cavalry, the Rough Riders, to help efforts in the Spanish-American War. He was named colonel, before leaving to rejoin his political career.

Harry S. Truman was denied entrance to West Point after failing his eye exam. He later memorized the test in order to gain access to the Missouri National Guard. He earned the rank of colonel and fought in World War I.

Another West Point graduate, Dwight D. Eisenhower graduated as a second lieutenant. He fought in both World Wars, making it to the rank of a 5-star Army General in 1944. He retired in order to run for president.

John F. Kennedy served in WWII as a lieutenant in the Navy. He earned a Purple Heart, among other awards for his efforts, before leaving due to ongoing injuries.

Serving one year of active duty, future president Lyndon B. Johnson joined the Navy as a lieutenant commander after the attack on Pearl Harbor. He then served as a commander of the Navy Reserve, before finishing his stint in 1964.

Another Navy officer was Richard Nixon. He served in the South Pacific as an active duty officer, and then, as a commander in the Navy Reserve. He was released in 1966.

Gerald Ford joined the Navy after the attack on Pearl Harbor. He served until 1946 in the Navy Reserve until 1946. During his time, he served in the Pacific Theater during WWII and the Athletic Department in the Navy’s pre-flight school in California.

Yet another Navy officer, Jimmy Carter joined the military during WWII. He worked on ships, underwater on a submarine, and helped create nuclear-powered vessels as a lieutenant. He resigned from his post in 1953.

Former President Ronald Reagan joined the Army as an officer during WWII, like many of his predecessors. Because of his eyesight, Reagan was not allowed to fight in combat. He was then assigned to the Army Air Corps First Motion Picture Unit where he helped make training videos and even appeared in some. Reagan left the Army as a captain.

The day he turned 18, George H.W. Bush joined the Navy. He was named their youngest pilot to-date, where he ended up going on 58 combat missions during WWII. His plane was hit with enemy fire, earning him an award at the rank of a lieutenant.