This is how you got promoted in the Aztec military 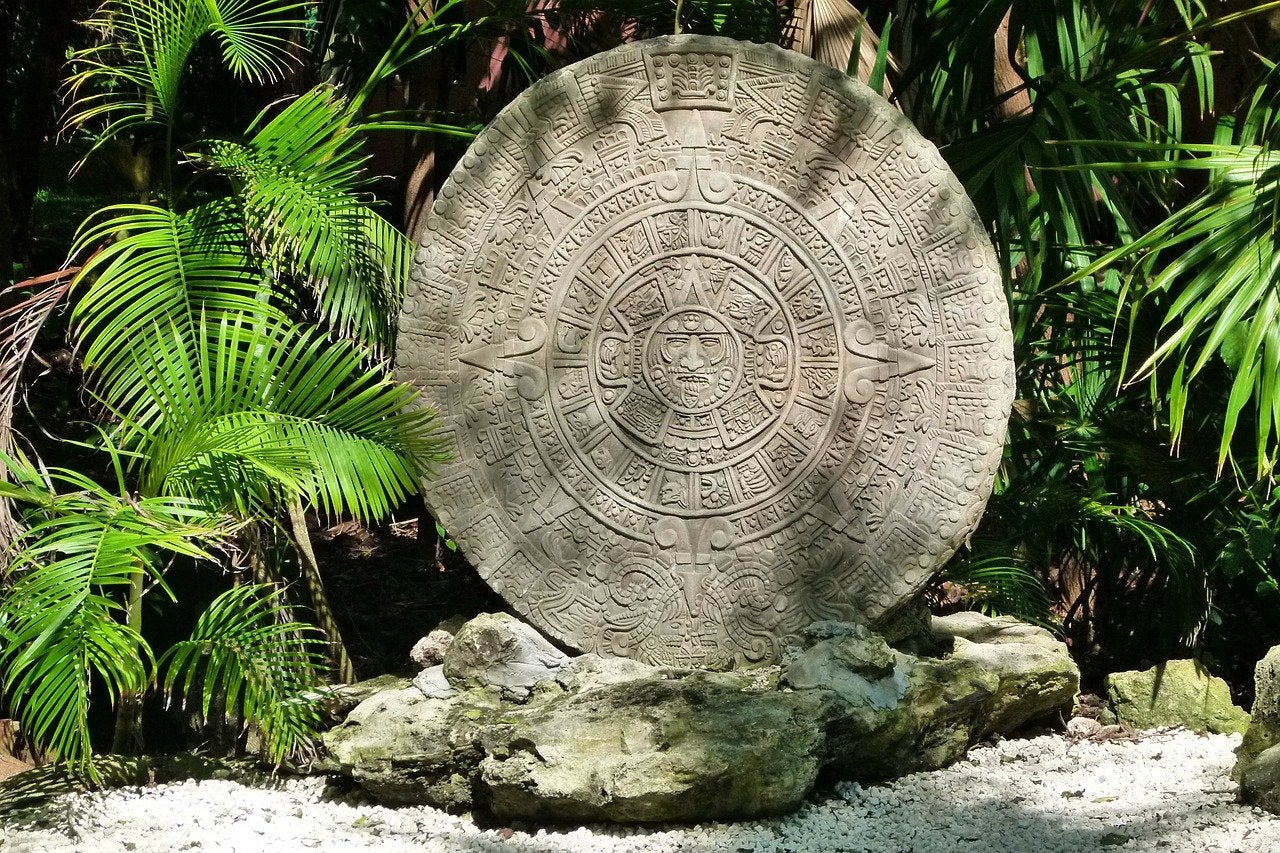 The Aztecs had the largest pre-colonial empire in the Americas and ruled with an iron fist. Mexico derives its name from the Mexica people, a migratory bloodline that settled in Lake Texcoco and founded the city of Tenochtitlan. These spiritual people engineered aqueducts, constructed artificial islands, and created the Nahuatl language and temples to their Gods to feed a growing empire.

In order for kings to cement their power, they relied on their warriors to produce a steady supply of human sacrifices to offer to the God of war. A commoner, born to humble beginnings, could climb up the ranks and into the nobility by showing bravery, leadership, and skill in combat. However, professional competence was not the only requirement for promotion.

“I’m tired of living in this POS hut, I can’t wait to deploy!” – some Aztec lance corporal

When a male was born in the Empire, he was born with a specific purpose: to become a warrior and serve the God of war until death. All were drafted into service; everyone served the empire. They believed that if they did not provide Huitzilopochtli (the God of war) with “precious water” (human blood), the sun would not rise the following day. Their culture did not recognize the ideology of peace because, to them, war was an ongoing event, one necessary to the continuation of the planet.

Because of this belief, the empire marshaled a standing army to hunt down their enemies, collecting persons for daily sacrifices. On a male’s fourth birthday, he was given an arrow and a shield to start his journey into warriorhood.

“I’m tired of living in this POS hut, send me on the next deployment” – some jaded Aztec lance corporal

When a male reached adolescence, they were segregated into one of two military academies: Telpochalli, for the enlisted, and Calmecac, for officers. The latter was reserved for the nobility, but the enlisted could be promoted into the nobility and achieve an officer rank during their career.

While the students trained in these academies, it was mandatory to provide community service in the capital. As they advanced in their military studies, they squired under senior warriors and were responsible for carrying their superiors’ gear into combat until the age of 15. At this point, they were trained in the practical application of clubs, slings, blowguns, and bows and arrows.

Once the male completed his training, it was time for him to get his feet wet. At 18, he was allowed to witness his first battle and watch his seniors kick some ass. After two battles, the junior warriors were assembled into 5-6 man teams and tasked with taking a prisoner of war.

If the team returned with an enemy captive, they would begin their first promotion ritual: cut out the still-beating heart and offer it to the God, Huitzilopochtli. Then, they dismembered the body and consumed the flesh. The juniors were now officially full-fledged warriors and attained the rank of Tlamani. If they did not return with a prisoner, they were separated from the military and tasked with commoner jobs. One could return to the army a year later and try their luck again.

That boot had to cut someone’s heart out before he got to your unit.

The newly minted warriors were inserted into a company-sized element consisting of about 400 men from the same district or village. Promotions from this point forward were based on individual effort. Prisoners of war were sacrificed alive on an altar by a priest atop one of the numerous pyramids. Nearly all captured men were sacrificed and about one-quarter of the women shared the same fate. Those who were spared became slaves or concubines.

After one captured a second prisoner, they received another promotion to cuextecatl and donned a black uniform called a tlahuiztli. Upon the third, they were given command of a team and a papalotl banner to wear on their back that served as rank insignia. A fourth P.O.W. earned them the rank of cuauhocelotl and they were entered into a knighthood-like order of the Eagle or Jaguar.

This gave the warrior the right to drink an alcoholic drink called pulque, wear jewelry, have concubines, and dine as royalty at the palace during ceremonies. Their rank was displayed by tying their hair with a red band decorated with green and blue feathers.

As you can imagine, promotions were hard to come by.

Hold the line! Stay with me!

Eagle and Jaguar warriors were sent to two other advanced academies to further learn tactical operations, respective to the path they chose. Members of this rank also enforced the law as police officers and answered directly to the king.

The special forces and officer corps were called the Otomies and the Shorn Ones. Otomies inherited their namesake from the original settlers of the Valley of Mexico, and The Shorn Ones were the Emperor’s officer corps. They wore a tlahuiztli, a white or yellow uniform, unique to officers, and shaved their heads except for a single lock of hair on their left side.

Both organizations were only open to the nobility and received specialized training in strategy, logistics, and diplomacy. These warriors had to fight on the front lines to maintain their authority and right to command.

Success in one’s military career was the only avenue of upward mobility in the Aztecs’ strict hierarchical society. If you were not of noble birth, you could earn it and all the privileges that it entailed. The culture placed immense importance on training their fighters because if they failed to bring in daily sacrifices, the world would end with the reincarnation of a snake God named Quetzalcoatl.

He would appear as a white man with a dark beard coming across the ocean and bring about the destruction of their civilization.