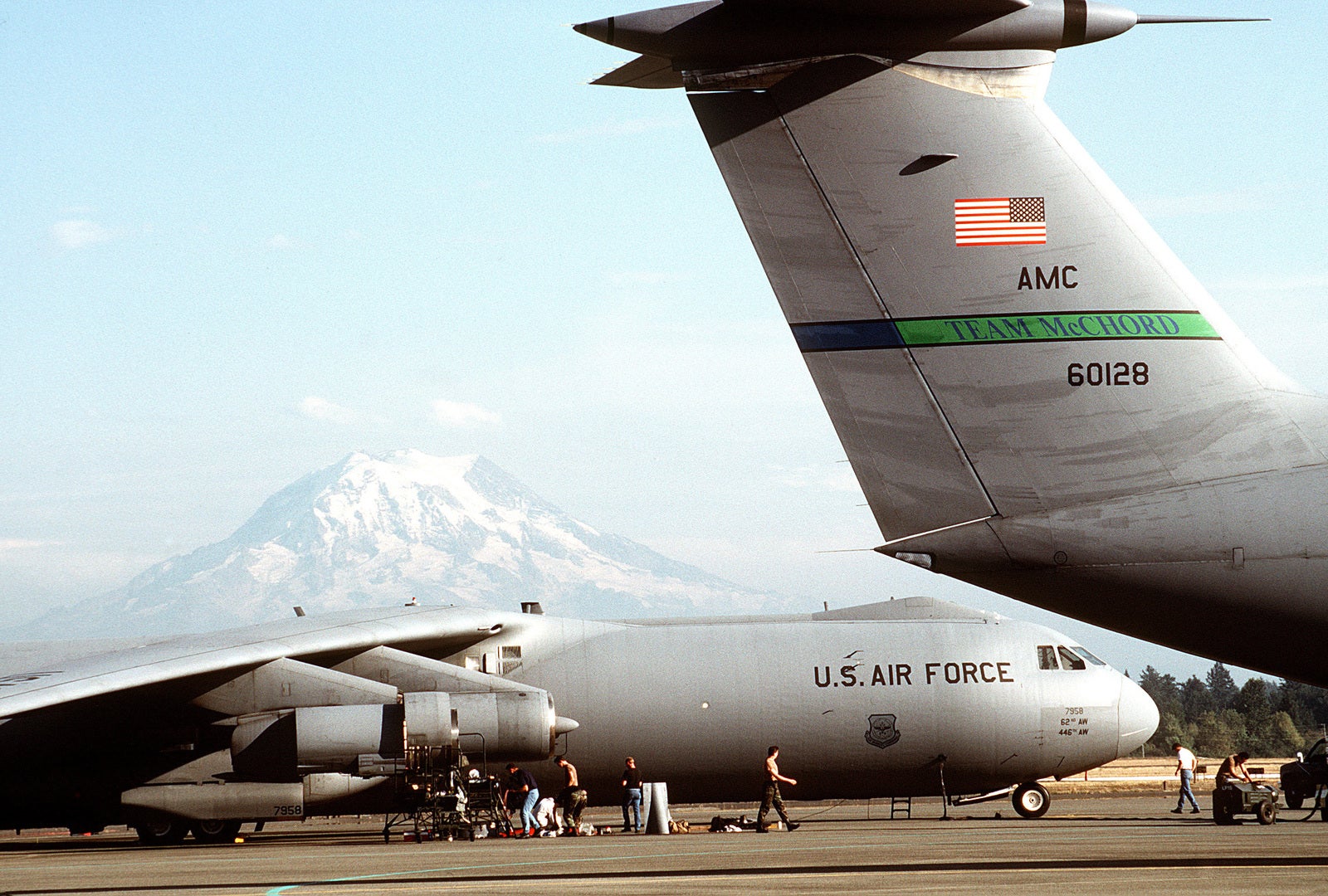 Joint Base Lewis-McChord (JBLM) is the combined base of the Army’s Fort Lewis and the Air Force’s McChord Air Force Base. Both sections of the base are just south of Tacoma, Washington on the far west side of the state. IIn fact, JBLM’s strategic location provides quick access to the nearby deep-water ports in Tacoma, Seattle, and Olympia. Of course, this allows for quick-deployment of equipment and personnel. Additionally, McChord Field and Sea-Tac Airport can deploy units, giving the base the ability to engage in both combat and humanitarian airlift.

A Tale of Two Bases

After the Great Depression left Tacoma Field in shambles, it was donated to the US War Department. There, the US government built McChord Field, officially opening in June 1940.

McChord Field was an active and productive base during World War II. B-17, B-24, and B-29 Superfortress crews trained here. Women Air Force Service Pilots (WASPs) frequently stopped at McChord Field as well to ferry crews to the bomber unit or an east coast gathering base.

Meanwhile, Fort Lewis Army Base was already next door and had been for a while. It was established in 1917 as Camp Lewis when around 60,000 men immediately moved in to train for World War I. When the war ended, Fort Lewis didn’t see much action again until World War II. Interestingly, it served as an internment program for prisoners of war from 1942-1943.

The two installations of Fort Lewis and McChord Field, both operating as one base at the time, were very busy places throughout the second World War. Then, in 1947, the National Security Act established the US Air Force and the two officially separated. Naturally, that’s when McChord Field became McChord Air Force Base.

As separate entities, the size and military significance of both Fort Lewis and McChord Air Force Base grew throughout the Cold War and other global conflicts. McChord had three important duties: air defense, humanitarian support, and transport and airlift.

Vigorous training and troop deployment continued at Fort Lewis. In the 1970s, the base started developing the Volunteer Army. Then in the 1980s, Fort Lewis took over I Corps, providing administrative oversight of the Army across all units in the Asia-Pacific region. It also began training Rapid-Response Units and developed the country’s first Striker Combat Teams. It sounds like between the two bases, they sure had their work cut out for them.

In the end, they were meant to be together

In 2010, Fort Lewis and McChord Air Force Base merged into JBLM in response to recommendations by the Base Realignment and Closure Commission. The idea was to get the services and management of the two neighboring bases streamlined for better efficiency. JBLM was among the first joint bases across the nation. Today, it is the only one led by the Army. More than 7,200 active-duty troops and civilians support this joint base.