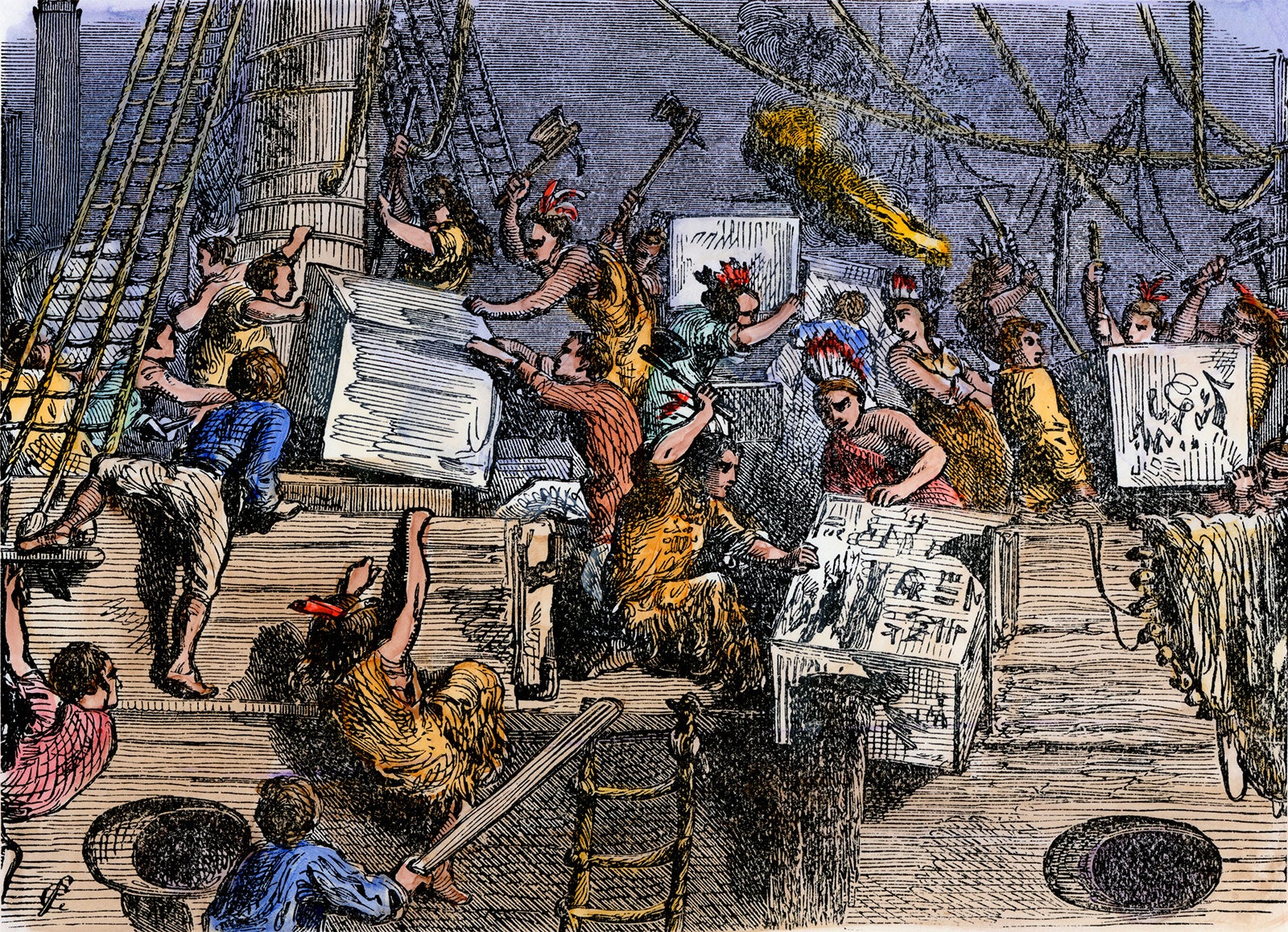 On December 16, 1773 a bunch of rebel colonists from Massachusetts got sassy and decided to defy their one true king. While disguised as Indians, they dumped 342 chests of perfectly good tea into Boston Harbor – setting off a chain of events they’ll never come back from.

Ungrateful, that’s what they were. How dare they throw a tantrum over another tax imposed by King George of Britain and the North Ministry. Didn’t they know that the temporary tax was for a good reason? Without it, the East India Company would have gone under and the British would lose money. The seven year French and Indian War depleted the treasury of Britain, the colonists needed to do their part and shore it up! Maybe the British screwed up by initially trying to hide the tax and collect it later on, but it’s only because they didn’t want to trouble colonists with the headache of knowing what it was really for. It was for their own good after all. But all those colonists cared about were their merchants who were illegally smuggling in Dutch tea to make a living and their so called “rights” for representation when taxed.

So, under the cover of painted faces and Indian garb, men snuck onto the ships that had pulled in and dumped all the tea into the harbor under protest against the British. Even Benjamin Franklin said it was wrong and that the East India Company should be paid back for the destruction of tea. After catching wind of the colonists despicable behavior, the rightfully angry Parliament enacted The Intolerable Acts law. For some reason, this made these heathens even more angry. Rules are for everyone’s good!

They didn’t need to be able to govern themselves anyway and what was so bad about having the British military keeping everyone safe in town? Britain was doing them a favor! Maybe the troops had to be housed inside the homes of colonists and empty buildings, but wasn’t it a small price to pay for safety and security? Well, apparently they didn’t think so because they got all of the colonies to rise up in indignation against Britain.

What followed would be events that would live on in infamy.

How dare these colonists thing they could “declare” independence. Who would have thought of such a thing? Certain people should have a place, especially the colonists, who were basically the step-children of the British. Equality disrupts too much, rules and rankings were put in place for a very good reason: order and decorum, staples of the British. Instead of remaining appreciative of this gift to be able to call oneself British, the colonists rebelled and fought. The American Revolutionary War would lead to the formation of a united country that fought for “liberties” and “freedom” for everyone. Sure those colonists eventually may have also won the war against the world’s leading power against all odds, but whatever. And okay, maybe the United States of America now has the world’s oldest written constitution that has been duplicated by numerous free countries since, but so what.

Now they are stuck with a country that continues to extend equality for all people, evolving and modernizing with the changing times. This new country even apologizes for mistakes and changes its mind on issues by amending rules and law. Blasphemous. I hope the ancestors of those ungrateful tea throwing colonists are happy being American.