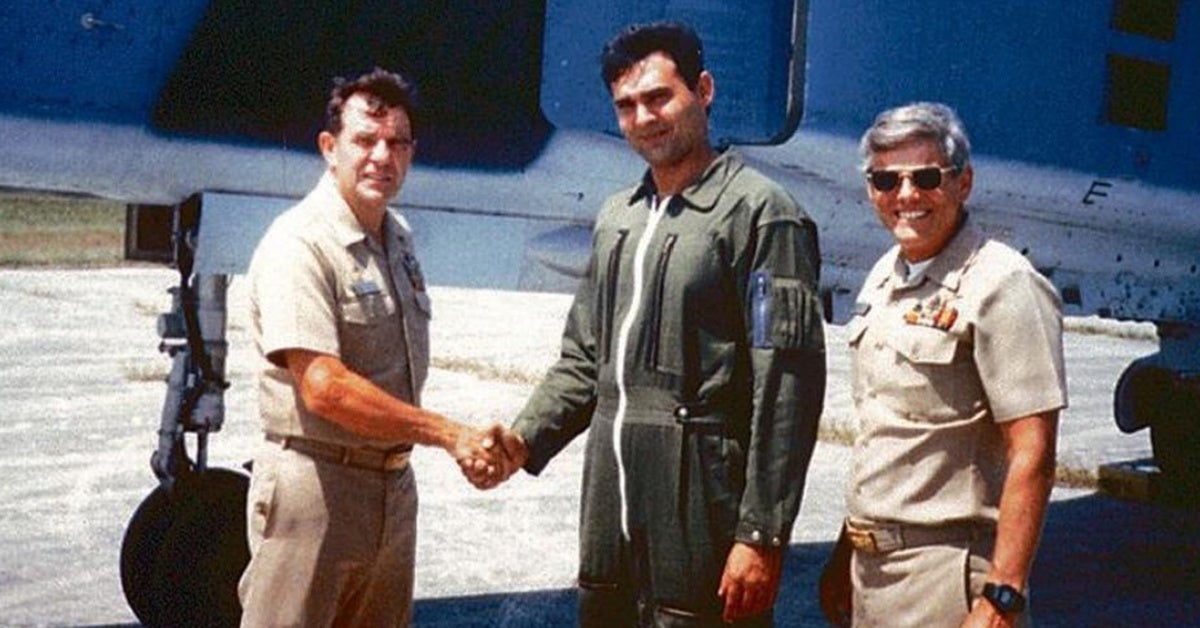 Being a pilot affords people under communist rule a unique escape opportunity. Flying an aircraft can make the journey to asylum in a Western country easier than evading ground patrols and crossing land borders. Of course, flying a communist warplane towards American airspace poses its own risk of being interpreted as an act of aggression. However, to escape Cuba, Air Force Major Orestes Lorenzo Pérez took that risk and defected to the United States.

Pérez was trained in the Soviet Union where he learned to fly the Aero L-29 Delfin jet trainer and the MiG-21 Fishbed fighter jet. He deployed to Angola as part of the Cuban contingency supporting the communist People’s Movement for the Liberation of Angola in their civil war. Pérez was again posted to the Soviet Union before he was stationed at Santa Clara Air Base, Cuba, 165 miles east of Havana.

On March 20, 1991, Pérez took part in a Cuban Air Force training mission. Flying a MiG-23 Flogger fighter jet, he slipped out of Cuban airspace and headed for Key West, Florida. To avoid being shot down by American forces, Pérez flew low and under radar. When he arrived above Naval Air Station Key West, Pérez circled three times and waggled his MiG’s wings to signal friendly intent. He also made radio contact with the tower at NAS Key West and was given clearance to land. When the 38-year-old Cuban climbed out of his MiG, he verbalized his intention to defect with his limited English. The American who met Pérez on the ground shook his hand and welcomed him to the United States.

Naturally, Pérez was hurriedly flown to Washington, D.C. to be debriefed and begin the formal process of acquiring his political asylum. When his safety in the United States was secured, Pérez began lobbying to bring his family over from Cuba. Although his wife and two sons were issued U.S. visas, the Cuban government refused to let them leave. Meanwhile, the MiG-23 that Pérez arrived in was returned to the Cuban Air Force and flown back by a Cuban delegation.

President George H. W. Bush made a televised speech, imploring Fidel Castro and the Cuban government to release Pérez’s family. However, the communists wouldn’t budge. Pérez spent nearly two years gathering support for his cause until he found a way to get his family out himself. With the help of the Valladares Foundation, a Cuban human rights organization, he learned of a 1961 Cessna 310 aircraft that was being sold for $30,000. The foundation purchased the plane for Pérez to fly to Cuba and get his family out.

Pérez trained for the rescue mission in Virginia where he learned to fly the twin-engined Cessna and earned his American pilot’s license. Despite his lack of experience on the aircraft and only one landing, with a co-pilot, he pressed on with the rescue. On December 19, 1992, at 5:07 p.m., Pérez took off from the Florida Keys for Cuba. He sent a secret message to his wife a few days prior to meet him on a coastal highway in Varadero, Matanzas Province where he would pick her and their sons up.

Flying low to avoid radar, Pérez penetrated Cuban airspace undetected. He landed on the highway along El Mamey beach, just 10 yards from a civilian pickup truck. After turning the plane around, Pérez hurried his wife and two sons aboard and took back off. Less than two hours later, the family landed safely in Marathon, Florida. All four became American citizens.