How James ‘Whitey’ Bulger went from the Air Force to Alcatraz 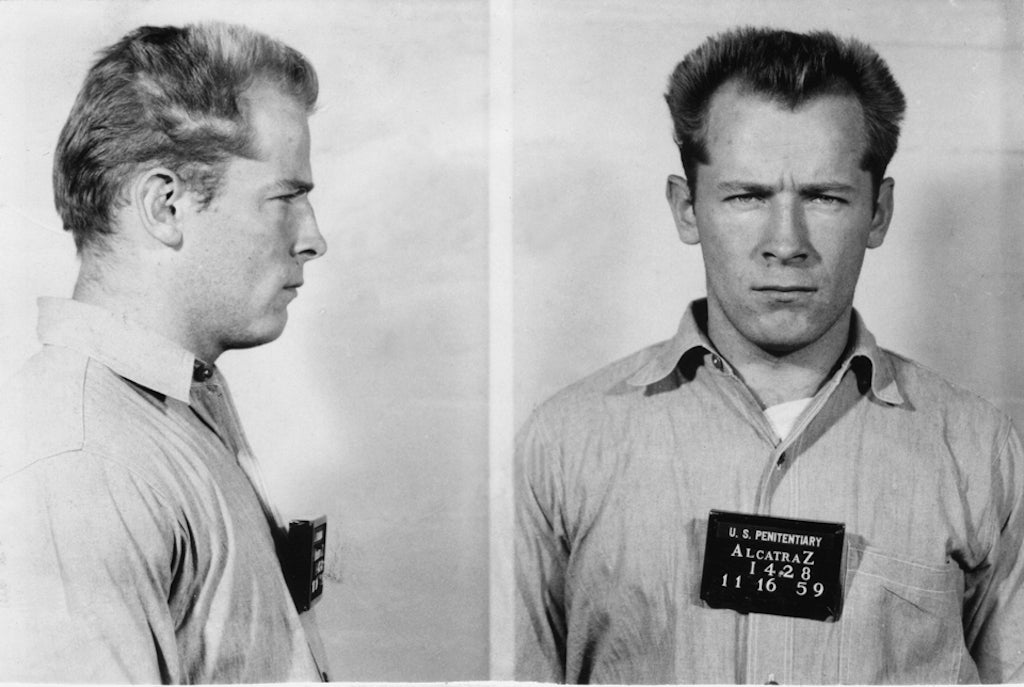 Growing up in the streets of South Boston made a hard life for a young James Bulger. His father lost an arm in an industrial accident and the family became poorer and poorer as time went on. To make a better life for himself, James took to the streets. He had a chance to change it all for himself by joining the United States Air Force in 1948.

He joined, but he didn’t exactly have the kind of military career that would distinguish him in the eyes of his fellow airmen. Instead, he would return to Boston and make the career that he was best known for: notorious gangster.

Throughout his teen years, Bulger was known as “whitey” for his locks of white-blond hair. He hated the name, preferring to be called Jim. But we don’t get to choose our nicknames, he would be known as Whitey throughout gangland Boston for the rest of his life.

Bulger was arrested for the first time in 1943, charged with larceny at just 14 years old. He was a member of the Shamrocks street gang and after that charge, more followed. His teen years were filled with charges of assault, battery, and armed robbery. He was finally caught and sentenced to finish out his younger years at a Juvenile Reformatory in Massachusetts.

When he turned 18, he had the opportunity to change his entire life, get out of poverty for good, and leave the life of crime behind. He joined the United States Air Force in 1948, at a time when the Air Force life was pushing the boundaries of human and scientific achievement.

Even in the Air Force, it was clear that the reformatory had not reformed Whitey Bulger one bit. During his time in the service he was arrested numerous times and even spent time in the stockade for a string of assaults at Smoky Hill Air Force Base in Kansas. In 1950, he was arrested for going Absent Without Leave (AWOL). In 1952, the military finally gave up on him and gave him an honorable discharge.

Whitey Bulger returned to South Boston after leaving the military and he returned to his old stock in trade: crime. Within four years, Bulger was serving a sentence in Atlanta Federal Penitentiary for robbing the Industrial National Bank in Pawtucket, Rhode Island and hijacking a truck.

While in prison in Georgia, Bulger became a test subject for the CIA’s MK-Ultra program, an experiment in the agency’s form of behavioral engineering and mind control through its Scientific Intelligence Division. Bulger was an unwilling and unwitting participant in the decades-long experiment.

It’s well-known that MK-Ultra used LSD to study mind control, but the program also used drugs other than LSD, certain chemicals, hypnosis, sensory deprivation, forced isolation and certain forms of torture on its test subjects. Whitey Bulger was a dangerous criminal before his Atlanta prison sentence, but the psychological effects of the MK-Ultra tests appeared to have made his temperament worse.

Bulger described his experience in the MK-Ultra program as “nightmarish” and taking him to the “depths of insanity.” He worried that he couldn’t reveal the full extent of his experience to planners because he was concerned about being committed to a mental institution for the rest of his life.

He turned out to be a violent problem for the prison in Atlanta, and was sent to the one prison that was far worse than any other in the U.S. system during that time period: Alcatraz. Alcatraz Federal Penitentiary was where the Bureau of Prisons sent its most violent and irredeemable inmates as a punishment for their behavior.

Alcatraz worked on Bulger, as his visit was short and he was transferred to another prison before his 1963 parole. It was the last time he did prison time for the next 46 years, even after becoming the head of Boston’s violent Winter Hill Gang.