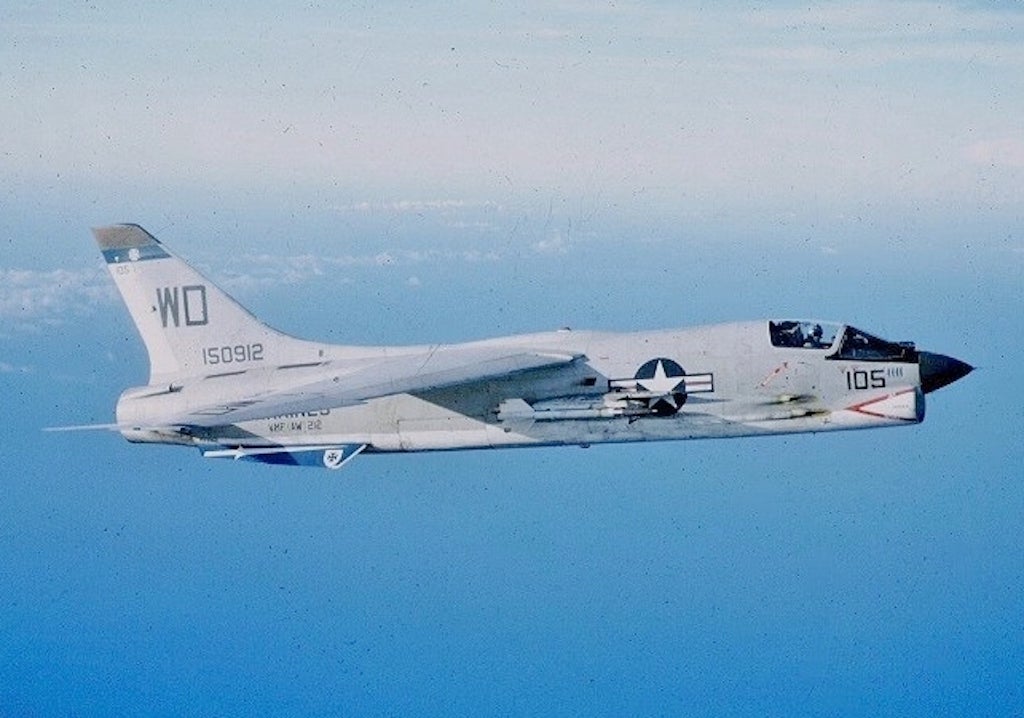 Charles Frederic Klusmann was a Naval Aviator born on September 7, 1933, in San Diego, California. He joined the U.S. Naval Reserve on February 23, 1952, and began active service on March 18, 1953. Lieutenant Chuck is known for his extraordinary heroism and achievement for his role in the aerial fight during the Vietnam War and his escape from a communist prison camp in Laos. During his service, Chuck was deployed to the Gulf of Tonkin, as President Lyndon B. Johnson had ordered Klusmann and other Kitty Hawk aviators to gather intelligence information against the North Vietnamese and Pathet Lao troops in Laos.

On May 21, 1964, Air Force and Navy photo reconnaissance jets were given the go-ahead, where Chuck was one of the crusaders from the decks of the USS Kitty Hawk carrier. In the mission, Chuck was hit by ground fire and burned for 20 minutes, but he returned safely to the USS Kitty Hawk. During the reconnaissance, the soldiers had captured photographs of the Plain of Jars thronging with newly fixed anti-aircraft guns. On June 7, 1964, Chuck embarked on the same mission under the nickname “Yankee Team.” His aircraft was hit again by severe ground fire that forced him to eject near communist troops. Chuck hid for about two days, after which one of the chopper crews in the rescue helicopters sent out to him managed to see him. The rescue team could not locate him as chuck bravely waved them away because the Pathet Lao forces would destroy the aircraft. Following this, Chuck was found by the Pathet Lao, and his capture was announced by the Chinese Communist Radio. He was sent to a small camp where he was alone for two months.

During the two months, Chuck survived on a diet consisting mainly of turnip soup which made him lose 40 pounds. He also states that he was not actively tortured but was put through the crude training of the Pathet Lao’s teachings on Communism. After a few months, Chuck was relocated to a larger camp where he was kept with Laotian POW. According to Chuck, he was afraid that the Pathet Lao soldiers would send him to North Vietnam or Russia and so he devised a plan to escape. In the effort to make a successful plan, Chuck cultivated a friendship with other prisoners and Communist Guards. In the long run, he planned an escape with two other POWs who approached him with a plan. Chuck and his two Laotian friends ensured that they regularly loosened the nails holding the barbed wire fence on the few times they were allowed to wash up and hung out their clothes to dry on the fence.

Over time, Chuck and his allies noticed that the nails were so loose they could effortlessly escape. Heavy rain poured on the night of August 31, 1964, giving the three men a perfect opportunity to escape. That night, Chuck and the other men snuck to the fence, removed the nails, crawled under the wire, and ran away. Their escape was left unnoticed until the Pathet Lao troops made their rounds counting their prisoners. The three men traversed in leech-infested forests for three days. They hid during the day and moved at night to conceal themselves from recapture.

Three days later, they had walked approximately 24 miles and were lucky enough to find a government outpost with friendly forces, who notified the U.S. Air Force at Udon base in Thailand. At the time of the escape, Chuck was only 30 years old and had served in the Navy for 11 years. When Lieutenant Charles Klusmann returned from the war, he was promoted to Lieutenant Commander and was posted nearby at the Miramar Naval Air station. He was also endowed with the Distinguished Flying Cross for his heroism and sacrifice during the Vietnam War.