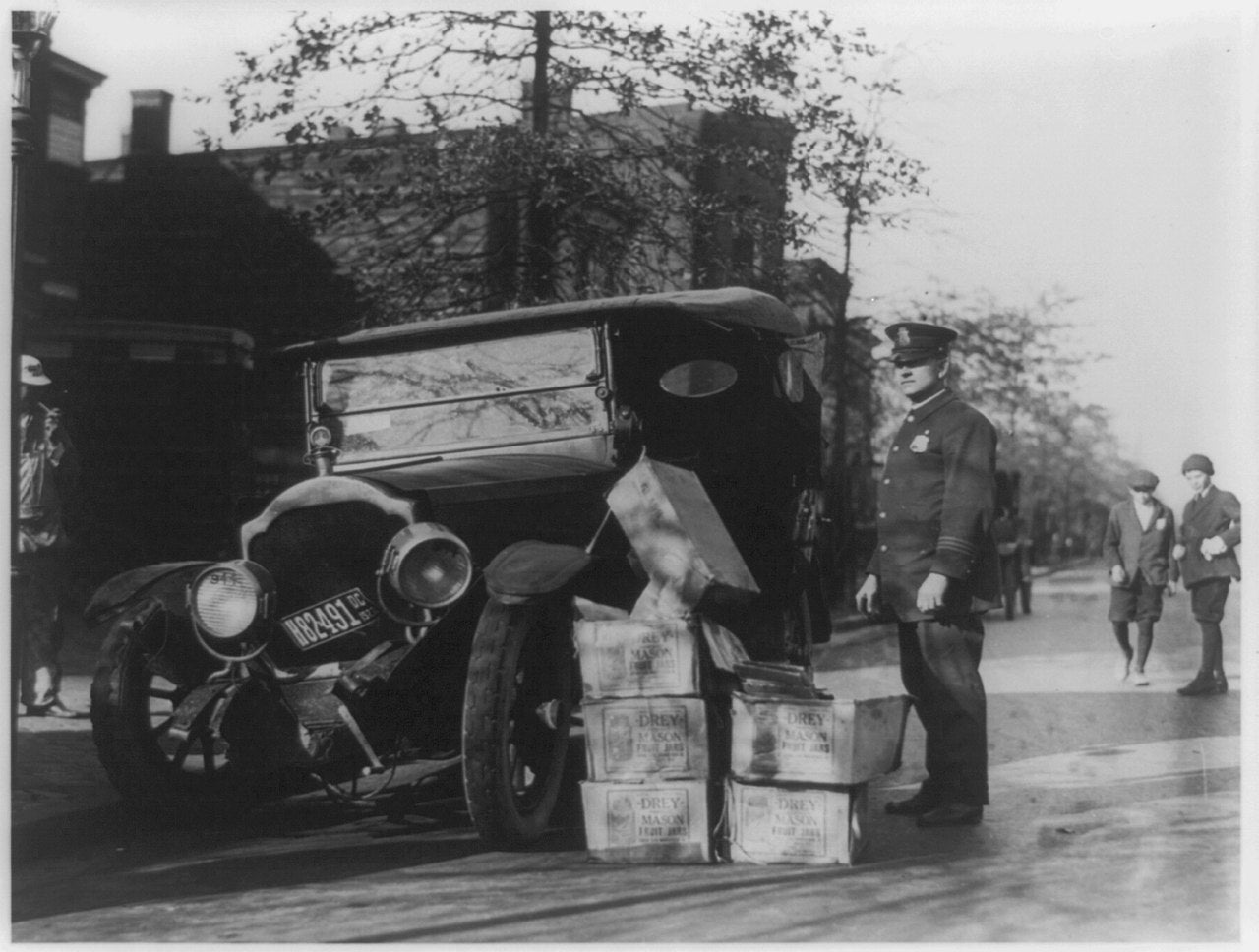 Black-and-white photograph of policeman standing alongside wrecked car and cases of liquor. Courtesy of the Prints and Photographs Division, Library of Congress, Washington, D. C.

Speed is globally extensive since all motorized countries observe penal regulations for excessive speeding. Such restrictions are customarily founded on the principle that drivers frequently fail to follow to remain within standard speed limits reflecting the usual propensity for speeding among drivers. Interestingly, speed-associated vehicle specifications are commonly highlighted as a critical contributing element of driving pleasure.

This was different for the bootleggers like Al Capone, who adopted speed in their bootlegging business that gave the police a tough time during the 19th century. Rum running, also referred to as bootlegging, is the unlawful business of smuggling alcoholic beverages where such activity is highly prohibited. Smuggling typically occurs to circumvent prohibition or taxation laws within a specific jurisdiction.

The difference between bootlegging and rum-running is that the former happened through the land by soldiers who hid liquor bottles in their boots, and the latter occurred through the sea. Ideally, rum-running is the arranged smuggling of imported rum, whiskey, and other liquor by sea to the United States. Funny enough, rum-running began a few weeks after Prohibition, which came to be on January 17, 1920.

Numerous individuals were still interested in wetting their whistles in illegal bars. They disliked foul-tasting and unsafe locally brewed alcohol being presented as the real stuff. They were demanding top-notch quality, trustworthy Scotch and any liquor that came off from the boat. The nation’s bootleggers who operated and supplied many speakeasies were among the customers for imported liquor from Canada, the Caribbean and Europe.

Al Capone in Chicago, Mob bosses Charles Luciano (nicknamed Luciano), and Big Bill Dwyer (nicknamed King of the Bootleggers) in New York were among the famous bootleggers who highly profited from rum-running. Rum runners came up with structures to avoid being apprehended with illegal things.

They incorrectly branded liquor cases and stored them amongst genuine shipments. In addition, they also held the liquor bottles in tanks restrained beneath their boats that could be easily cut loose if they were at risk of being apprehended. Normally, smugglers would cast their contraband overboard either to conceal the evidence or to reduce their load to outrun the Coast Guard if pursued.

The bootleggers needed to amp their speed and creativity to successfully evade the police and the federal agents who were heavy on their tails. There was a need to manufacture faster vehicles; however, they also required them to look normal so that nothing flashy would attract attention. The entire backseats and floorboards of the cars were eliminated to keep as many liquor bottles as possible while maintaining the vehicle’s exterior unchanged.

Additional suspension springs were expertly installed to support the extra weight, and essentially the engines were modified to enable more incredible speed. The prohibited liquor was frequently transported on the backroads at night, generally with their headlights turned off. Essentially, the Rum Runners behind the wheel needed immense driving skills.

They were experts in maneuvering along several terrains with the speedometer activated. In the process of this rum-running, they taught themselves to be the most excellent high-speed drivers during their time. Moonshine Runners, for instance, were the best-fit vehicles for the rum-running business since they were ordinary cars, and the 1940 Ford Coupe was the most preferred for its massive trunk and performance on the road.