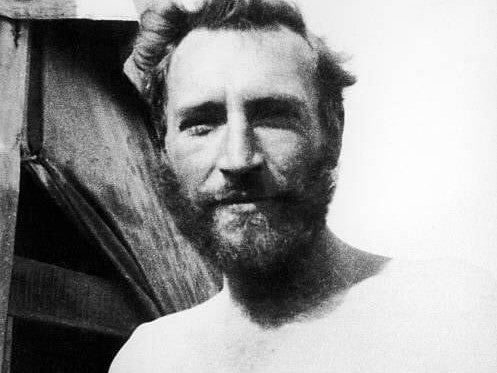 Robert Blair “Paddy” Mayne was a rock star of military history, in that he wasn’t just a renowned and legendary soldier, he was also known to trash hotel rooms along the way – although The Who never left a bloody antelope carcass in a Holiday Inn.

This Irishman was the epitome of the man’s man. In his younger years, he was a rugby player, marksman and championship boxer, but World War II cut his athletic career short. But during the war, he would build a career – and a legend – that reads like something from an action movie.

His first taste of combat came in Syria against the Vichy French with the Ulster Rifle, where he was immediately recognized for his skill in combat. But the action movie-style life of Paddy Mayne didn’t begin there. It began in Egypt while he was sitting in a prison cell for striking his commanding officer.

One day, Lt. Col. David Stirling walked into his cell and gave him a choice. He could sit in jail and wait for his court martial or he could join a new group of extraordinary gentlemen who were going to take the war to the German Afrika Korps while the German Army was at its most powerful.

Stirling offered Mayne the chance to parachute into the Sahara Desert with other, like-minded commandos, and drive jeeps around blowing up enemy airfields and generally wreaking havoc on their supply lines, airfields, and support groups. Stirling would be captured, but that stopped nothing. Mayne took command and things only got worse for the enemy.

Paddy Mayne and the men who would become known as the Special Air Service did just that. They drove specially-modified Jeeps around the desert at night on their way to blowing up supply and ammo dumps, airstrips, camps, and anything else that was even vaguely German. For almost a year, they went on these daring hit-and-run raids that crippled the Afrika Korps, destroying hundreds of enemy aircraft, knocking out communications, and depriving the Germans of food, fuel, and water.

By the time the Axis forces met the British and Commonwealth army at El Alamein, Egypt for the second time, the Axis commander, Erwin Rommel, was unable to maneuver effectively on the battlefield and was forced back to Tunisia. The Axis would leave North Africa entirely within the next six months.

But Paddy Mayne and the SAS weren’t done with them. They would bring their show to Western Europe before the Allied invasion of Normandy. They parachuted into Fortress Europe and began wrecking enemy supply lines, communications, and railways, just as they had done in North Africa. Even after the Allies had a foothold in France, the SAS continued their fun all the way to Germany.

That’s where Paddy Mayne made the most epic advance of his career, which is saying a lot, if you haven’t been paying attention to his story. While he was supposed to be clearing the way for the Canadian 4th Armored Division he got word that some of his men were pinned down by the Germans near Oldenburg during their advance. He was going to come to the rescue.

He drove a jeep to where they were outnumbered and surrounded and ran into the closest house with just his sidearm. After clearing the house by himself, he took a Bren light machine gun and got one of his men on the Vickers machine gun mounted to his jeep. He then drove right into the Germans who were bearing down on his trapped comrades.

With one hand on the wheel and the other on his machine gun, he drove up and down the road, killing Germans as passed them. He stopped to load the wounded onto the jeep as the gunner poured rounds into the enemy positions. The men who weren’t wounded were able to regroup as Mayne cleared snipers and enemy positions inside houses.

Then he led the 1st SAS back to Oldenburg, with the men he had just rescued, and outflanked the German defenders there, annihilating them and capturing the town.

He would receive his fourth Distinguished Service Order for the individual act of bravado. Many thought Mayne deserved the Victoria Cross for the effort, but even after his death in 1955, the British government declined to give him the award, Britain’s highest honor for bravery in the face of the enemy. Regardless, Mayne is one of the United Kingdom’s most decorated heroes of World War II.