Why the King’s Guard wear those giant bearskin hats 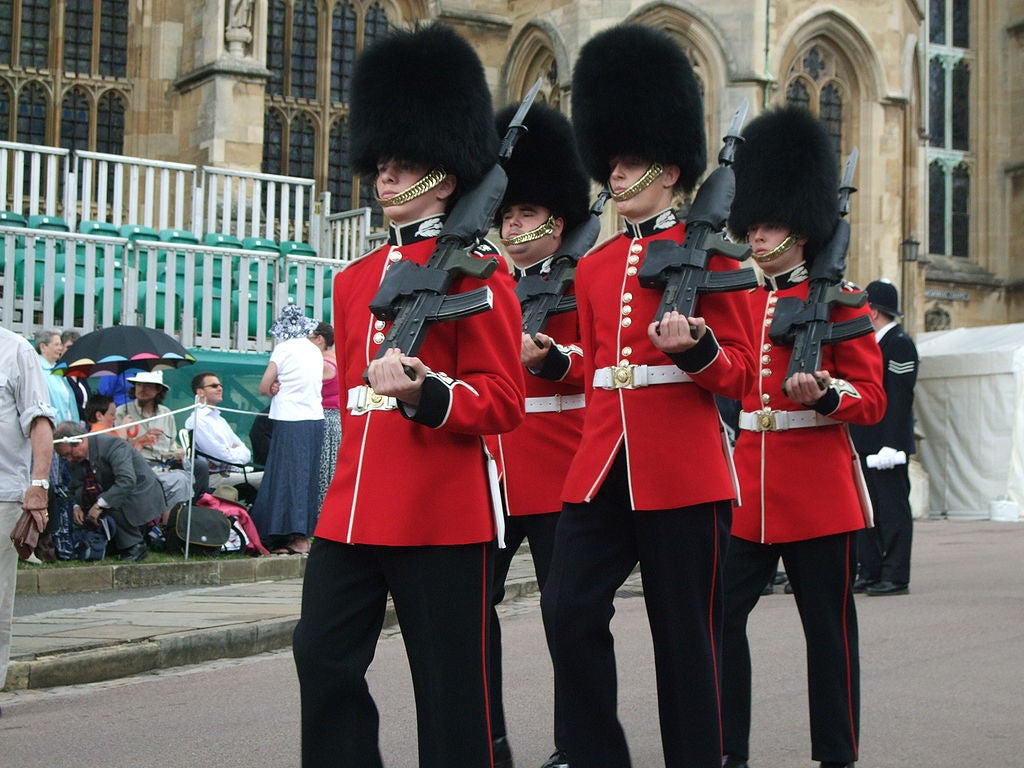 The King's Guard is formed by an infantry contingent.

With the death of Queen Elizabeth II, King Charles III was immediately made sovereign of the United Kingdom. With that change came name changes all over the former commonwealth, including the military units who guard the royal residences. What was once the Queen’s Guard and the Queen’s Life Guards is now the King’s Guard and King’s Life Guards.

Their duties are still the same, despite the name change, and their importance to the British Army requires the same level of training, discipline and determination that earned them their giant hats in the first place.

The British Army’s Household Division includes the King’s Life Guards, a cavalry contingent and the King’s Guard, made up of infantry. These units have been guarding the royal homes since the reign of King Charles II in 1649. Although their uniforms are largely ceremonial, they all have historical significance – including those massive bearskin hats rising 18 inches from the tops of their heads.

The French Imperial Guard was created by Napoleon Bonaparte to be the most elite soldiers in the French Army, and were placed directly under his command. They were not only the best, they were his personal guard and the most fearsome unit in the French Army. He rarely sent them into combat, but when he did, they were often the difference between victory and defeat. One of the defining characteristics of the Imperial Guards’ uniform were their 18-inch tall bearskin hats.

Napoleon was very careful about how he sent the Imperial Guard into battle, but at the 1815 Battle of Waterloo, he committed them into combat, all 18,000 of them. At the time of the battle, the Imperial Guard was still undefeated and they were going into the Duke of Wellington’s exposed center. Napoleon himself directed the deployment. At first, things went Napoleon’s way, but the British soon broke the Imperial Guard’s assault, and sent them running from the battlefield.

The French Army would not recover from the battlefield setback. Napoleon would lose the Battle of Waterloo, retreat into France and would eventually be deposed and exiled to the island of Saint Helena in the middle of the Atlantic Ocean. To celebrate the victory over the French and the Emperor’s vaunted Imperial Guard, it’s said the British soldiers took the Guards’ bearskin hats, which then had a white plume.

The British dipped the plumes in the blood of the fallen Frenchmen, which is why the British Royal Guards’ plumes are now red in color. Eventually, the hat was adopted by the five regiments of foot that now guard the King’s palace, a historical coda to the legends surrounding Britain’s most famous adversary.

Although it might seem like an unlikely uniform item, the troops who wear the caps say it’s actually airy and comfortable. Called “caps” by the King’s Guard, they are cinched to a skullcap using the hat’s chinstrap, making it a tight fit. They are made of a single bearskin from a Canadian black bear, stretched over a basket-like frame. Not a bad look for something with so much history attached to it.