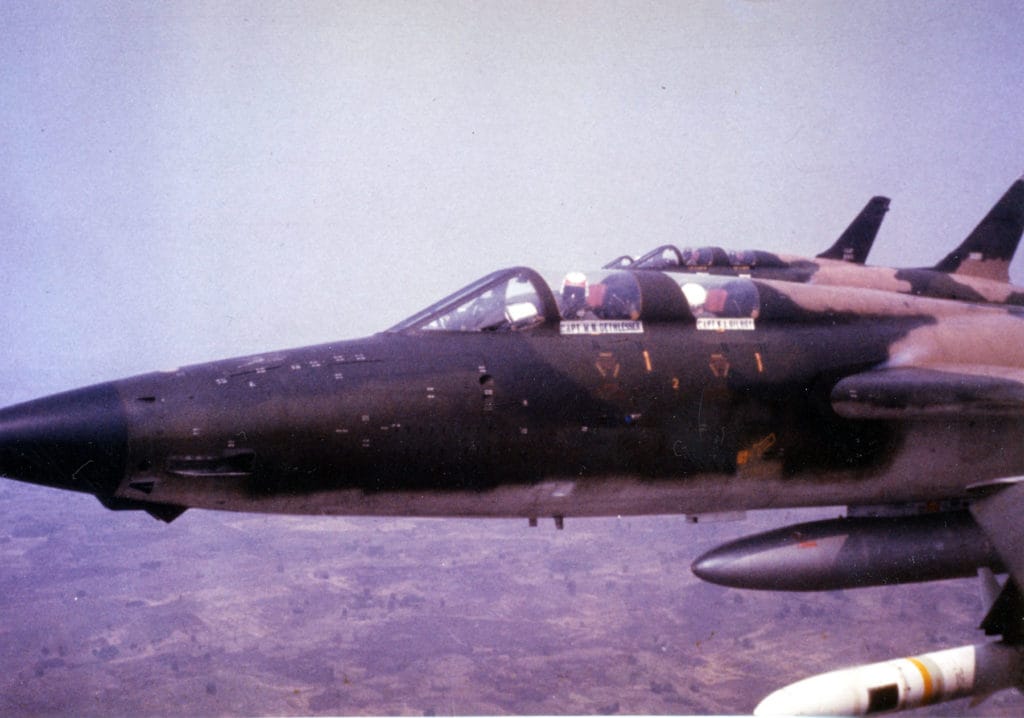 In March 1967, U.S. Air Force Capt. Merlyn Dethlefsen and three other F-105 Thunderchief pilots were tasked to fly 50 miles north of Hanoi, the capital of North Vietnam. Once there, they were to destroy the Thai Nguyen Steel Works.

The works were protected by a ring of 85mm anti-aircraft guns, surface-to-air missile batteries, and squadrons of MiG-21 fighters on patrol. Needless to say, the airmen were outgunned. They went anyway.

“Thuds,” as F-105s were affectionately known, would go in ahead of fighter-bomber strike forces to strike SAM sites directly. They would purposely allow themselves to be targeted by the SAM batteries’ radar in order to track the source.

Then they would make their own strike runs at the SAM sites — a tactic known as the “Wild Weasel.”

What makes this mission particularly dangerous is not just that the Wild Weasel allowed himself to be tracked by SA-2 SAM batteries; the danger was also present for the Thuds who flew in behind him, who remained low enough to evade being tracked by the SAM radar and therefore became vulnerable to ground-based anti-aircraft fire.

During this mission, the batteries at Thai Nguyen were much more powerful than expected and took down two of the four Thuds immediately.

This was not the first rodeo for the remaining pilots.

This was not their last rodeo either — eventually, Dethlefsen and his Electronic Warfare Officer, Capt. Kevin “Mike” Gilroy, would fly 100 missions over North Vietnam.

After their two wingmen were shot down, Dethlefsen and Gilroy evaded the MiG interceptors by flying deeper into the anti-aircraft umbrella.

Wild Weasels’ orders usually called for only one attack pass at enemy defenses, but some missions required two. Merlyn Dethlefsen, Gilroy, and their heavily-damaged wingman did far more than the two required passes.

With enemy MiGs chasing them down — and heavily damaged by anti-aircraft guns — they destroyed one SAM site with Shrike missiles and another with a strafing run of 20mm rounds and the Thud’s 750-pound bombs.

A follow-on strike by 72 fighter-bombers would finish the steel works off.

Both of the remaining aircraft made it back to base full of holes from MiGs and 85mm guns.

Captain Dethlefsen was awarded the Medal of Honor the very next year while Gilroy received the Air Force Cross.