Today in military history: US pilots get green light to destroy anti-aircraft targets - We Are The Mighty

Today in military history: US pilots get green light to destroy anti-aircraft targets 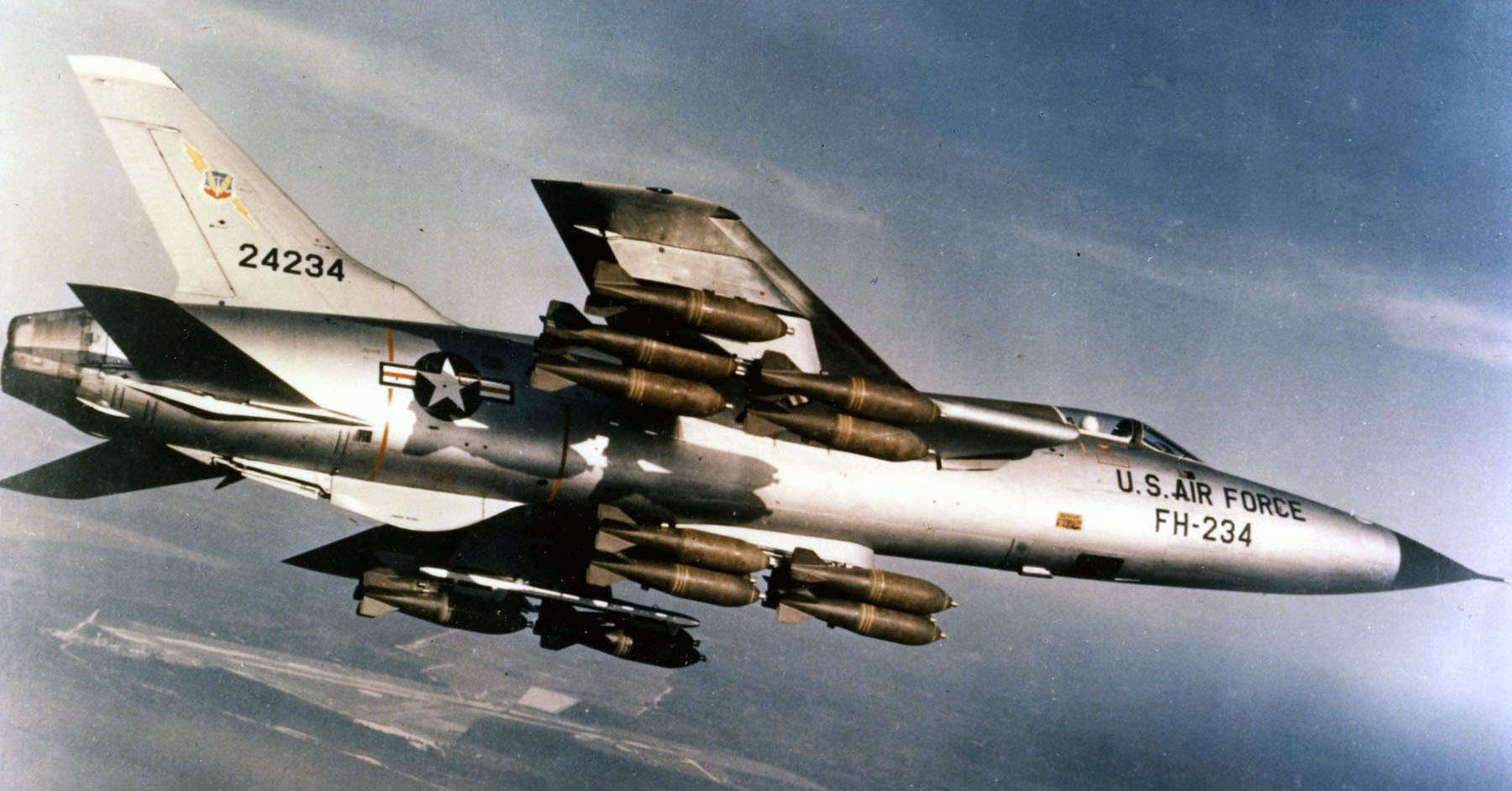 On Aug. 21, 1965, U.S. pilots received approval to destroy anti-aircraft targets – at will – in North Vietnam.

President Lyndon B. Johnson authorized the air campaign against North Vietnam in February of that year.

Johnson was wary of drawing the Soviet Union and China into the fight, and so, much to the chagrin of the military leaders responsible for the war strategy, the president and Secretary of Defense Robert McNamara restrictively selected the targets to be attacked.

On Aug. 21, 1965, however, U.S. pilots received the green-light to destroy any Soviet-made missiles they encountered while raiding the North. Probably the most famous mission in this campaign was that of the Wild Weasels, a squadron of F-105 Thunderchiefs who deliberately baited anti-aircraft sites in order to locate and destroy them.

During the Vietnam War, the Republic F-105 Thunderchief — affectionately known as the “Thud” — was one of the U.S. Air Force’s primary strike aircraft. But amidst mounting losses from North Vietnamese surface-to-air missiles and anti-aircraft artillery, the Thud took on a new role — the Wild Weasel.

The Wild Weasels of the United States Air Force were some of the most courageous pilots in Vietnam. In a deadly game of cat and mouse, they flew fighter jets like the F-100, F-105 and F-4 deep into hostile airspace to coax the enemy into opening fire with their surface-to-air missiles. Once the Weasels located the site, other fighter bombers were called in to destroy the installations.

Using hunter-killer teams, a Wild Weasel aircraft would guide a flight of Thuds loaded with bombs and rockets to find the SAM sites and destroy them.

The Wild Weasel was essentially the bait.

Using their advanced radars and warning devices — or sometimes good ol’ drawing enemy fire — the Wild Weasels would “ferret out” the SAM sites, which then allowed the Thuds to come in and pulverize the position. This was often accomplished by simply following the missile’s smoke trail back to its launch site.