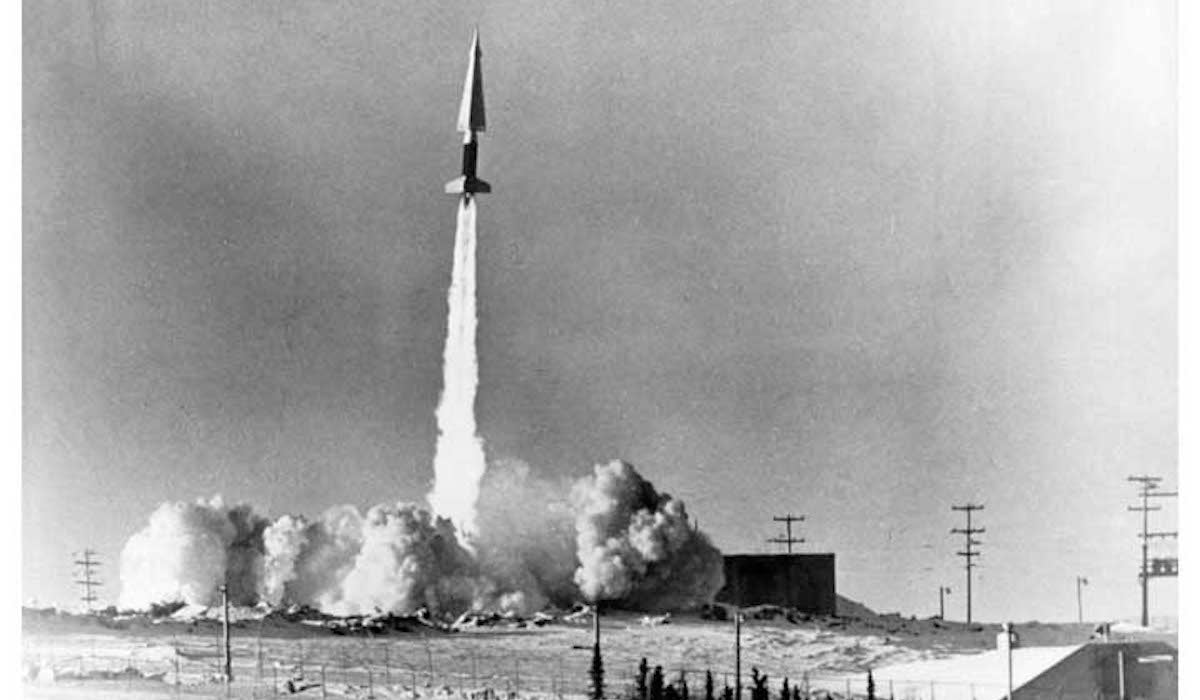 During the Cold War’s arms buildup, there were 13 Nike Missile sites erected around the greater Washington D.C. and Baltimore areas. Project Nike was a U.S. Army project proposed in 1945 by Bell Laboratories to develop a line-of-sight anti-aircraft missile system. The project created America’s first operational anti-aircraft missile system, the Nike Ajax. Here’s how the Great Falls Nike Fire Control Site W-83 played a critical role in the creation of GPS.

The first successful Nike test happened in November 1951 when a Nike Ajax intercepted a drone B-17 Flying Fortress. The Army initially ordered 1,000 missiles and 60 sets of equipment. By 1953, the first missile had been deployed to Fort Meade, Maryland. By 162, the DoD had built up an additional 240 launch sites across the country. Most of the missiles replaced radar-guided anti-aircraft guns.

Each of the 13 launch sites located around Washington D.C. included three parts, separated by about 900 meters. One part contained the Integrated Fire Control radar systems used to detect incoming targets. The second part held one to three underground missile magazines that could service four launch assemblies. This site had a crew of 109 officers who operated 24 hours a day. The third part of the site was an administrative area and contained a battery headquarters, barracks, DFAC, motor pool, and rec area.

Nike sites were organized in defensive positions and placed near large population centers as well as strategic locations that might come under attack, like long-range bomber bases, nuclear plants, and ICBM sites.

The Great Falls Nike Fire Control site was built in 1954 after being purchased from a dairy farmer. It was activated just a year later, all in an attempt to ensure that the national capital region could be properly defended against air attacks. The 13 sites included everything the military might need to wage war. Integrated Fire Control Sites were located downrange from launch areas, and the majority of the sites all operated first-generation Nike Ajax missiles.

Ajax missiles are massive and weigh around 2,400 pounds. They’re 34 feet long and have a range of 25 miles. After being fired, they can reach a max speed of Mach 2.3.

Military fears about defending the metro-DC area quickly faded. By 1962, the Great Falls Nike Missile Launch Site and the Integrated Fire Control Site ceased operations. Then it became a research station for the Army’s Map Services. Research focused on geo-location and navigation developments, and it was at the Great Falls site that the Map Service initiated a satellite tracking program that would eventually become part of the Defense Mapping Agency.

This tracking system is the foundation of what we now know as GPS. The data that the Mapping Agency collected allowed geospatial scientists to establish geographical reference points on the Earth’s surface. This knowledge allowed the researchers to refine their estimates of the true shape of the planet as well as develop a better understanding of the variations in the gravitational field.

In the years following the deactivation, the launch site’s buildings and other structures were left to rot. Weaponry and other harmful elements were removed, but the government didn’t tear down any of the surrounding buildings. As suburban development reached out of urban D.C. in the late 1970s and early 1980s, many of the launch building sites were finally torn down. Missile magazine hatches were buried where contractors found them. One of the missile launch sites was overtaken by the Fairfax County Park Authority and transformed into the Great Falls Nike Park, complete with a tennis court and two baseball fields created right on top of the missile magazine hatches. IN 1980, Forestville Elementary School was built on top of the launch site’s barracks.

Between 2000 and 2002, all the remaining structures were finally torn down, with the exception of two radar towers. The southern tower was repurposed as an observatory. In 2010, the dome was replaced with a newer and stronger telescope. Now, there’s a roll-top observatory building located next to the telescope, and both sites are utilized by local schools. Now, all that’s left to mark the spot is a radar dome.

Nike missile sites might be all gone, but the technology continues to live on. Many of the rocket systems used to develop the Ajax were later reused for many aeronautical functions. The missile’s first-stage solid rocket booster became the basis for several types of rockets, including the Nike Hercules missile and NASA’s Nike Smoke rocket, which has been used for upper atmosphere research.