The confusion of war: A Pearl Harbor survivor story - We Are The Mighty

The confusion of war: A Pearl Harbor survivor story 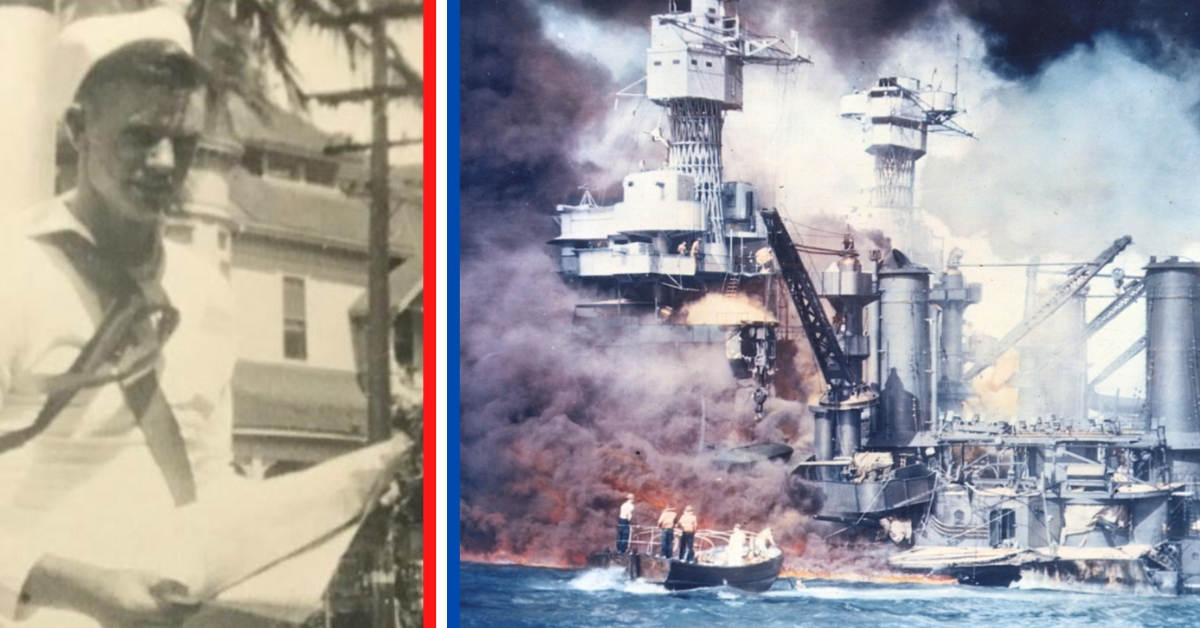 I don’t know what led me to sit at the foot of my Great Uncle Ray’s rocking chair and hear his story of being at Pearl Harbor on December 7, 1941, at a family reunion. But I won’t ever forget that day. Even though at the time I had no intention of serving in the military, I was fascinated by the stories of those who had served. Oddly enough, sharing the stories of military women is where my passion lies today. My Great Uncle Ray died in 2008. Now his story lives on through my memory and in the book of Pearl Harbor survivors that he’s featured in, that he gave me a copy of.

Ray decided to enlist in the Navy in 1940 for six years. As the next to the youngest of eight children, he knew his father needed any help he could provide to help his remaining family. He began bootcamp on August 26, 1940, in San Diego. After graduation, he headed to Pearl Harbor aboard the USS Cincinnati. Once they arrived at Pearl Harbor, the men were dispersed among the various units. Ray was assigned the USS Pruitt. In approximately October of 1941, the USS Pruitt went in for a general overhaul. The crew was removed to housing at the barracks at the receiving station near the main gate at Hickam Field.

On the morning of December 7, Ray had just put on his brand-new set of tailor-made whites he had picked up the day before. They had cost him $30 a month and a half wage. He had plans of heading ashore for the day. As he was putting on his neckerchief, he heard what sounded like explosions. He ran outside to see what the sound was; there were planes everywhere and black smoke rising in the area of Ford Island. Alarms were going off all over. A group of sailors stood there watching the horror of the attack for a few minutes. All of a sudden, a torpedo plane erupted into a ball of flames. They all hit the deck and then ran for cover. Within a few seconds, a yard workman in a truck drove up and told them to hop on. There was a need for personnel to man guns on other ships.

Ray was taken to the USS Pennsylvania with one other sailor from the USS Pruitt. The USS Pennsylvania was in dry dock. Once they gave their name, rank, serial number and the ship they were assigned, they were sent to a five-inch anti-aircraft gun on the starboard just aft of the superstructure. He recalled being at that assignment for only what seemed like five to six minutes. Then an officer who was quite disheveled – somehow he had eggs on his hat – ordered him to report to the five-inch gun on the port side. Shortly after moving to the port side, they shot down a Japanese plane. About the same time, an armor-piercing bomb took out the starboard side. The shipmate who came aboard the USS Pennsylvania with him was killed. He believes if he hadn’t been reassigned, he would have also been killed too. He regretted that he didn’t remember the man’s name. They didn’t know each other and didn’t talk as they were focused on the mission.

When he arrived at the quarterdeck of the USS Pruitt, Ray was informed by the Officer of the Day he had been reported as Killed in Action (KIA) onboard the USS Pennsylvania during the morning. The information had already been reported to the US Naval Command at Pearl Harbor and a notice of his death had been sent to his parents. He said he was not the only one who had this happen to him. Because of this, the Navy came up with a plan three to four days after the attack to inform loved ones of their condition. Unfortunately, the Navy’s solution required you to sign your full name and check a box on what most closely related to your condition.

This was a good solution for most, but because he had never gone by Raymond, but instead Sonny, his parents didn’t believe that he was still alive. They had never seen him sign his name as Raymond and didn’t want to believe he was still alive if it wasn’t true. Letters home were not allowed initially. His parents believed him to be dead with the only communication being signed letters of his physical condition.

Eventually, the Navy allowed members to send letters home. When his parents received his letter and saw it was signed as Sonny and not Raymond, they finally believed that their son had survived the Pearl Harbor attack.

I won’t ever forget the minutes I shared with my great uncle as he shared his story of surviving Pearl Harbor. He was so proud of his service. His eyes lit up in a way that made him look much younger than he was. I’m so thankful for his service. But I am even more grateful he took the time to write his story down so it could be shared with future generations.