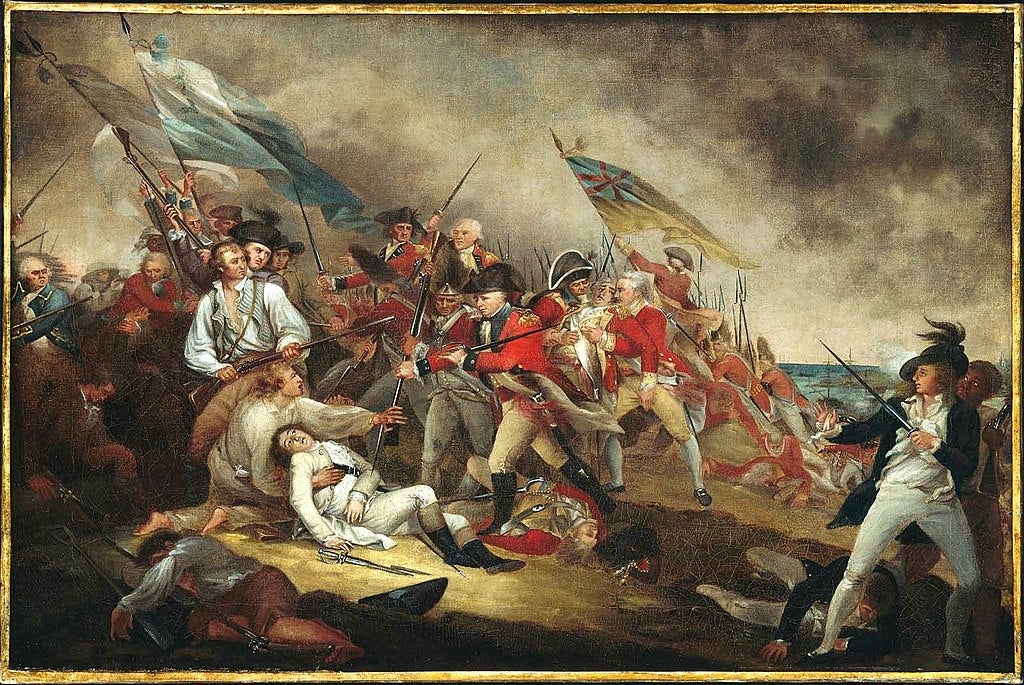 Death of General Warren at the Battle of Bunker Hill by John Trumbull. (Public domain).

The pyrrhic victory was first used as an adjective in the 17th Century to mean a war resembling the Pyrrhus battle. It was mostly used to refer to the disastrous war led by King Pyrrhus of Epirus. Later, the phrase was modified to associate it with victory attained at a high cost. In 281 B.C, King Pyrrhus went to war to support their Greek Speakers who were fighting against the Romans. With him, he had 20 elephants and more than 25,000 soldiers. In the previous years, King Pyrrhus had won two battles against the Romans, but he lost a large number of soldiers during the two battles.

Since King Pyrrhus had an advantage of numbers on the battlefield during the two battles, the damage caused was too great, and he eventually ended up losing. The Romans also suffered a huge loss, bigger than their opponents, but the impact was not as bad as King Pyrrhus’ side since they had a larger army. The Roman army casualties were less costly. Pyrrhic Victory was coined from these two deadly victories that left thousands of soldiers dead.

He had already gathered a large number of soldiers to fight against the Romans and was probably sure he could win. Though King Pyrrhus had learned new tactics, his army could not defeat the Romans, and like before, he suffered many casualties. At this point, King Pyrrhus lost faith and dropped his conquest of fighting Romans. He became more focused on the wars that took place in Greece, where he fought enemies from major cities. Although his battles with the Romans were unsuccessful, Pyrrhus became famous all over, and his legacy has been permanently etched as a bitter victory. He was referred to as a daunting military commander with hard-to-achieve ambitions. King Pyrrhus later died at the hands of a woman who hit him with a roof tile in the head.

While the pyrrhic victory was mainly associated with combat, its use has been diversified. Pyrrhic victory is not only associated with battle but also real-life situations with an assumption that two sports teams are competing against each other. If Team A beats Team B, but two of their best players end up with season-ending injuries, it means they have a pyrrhic victory. Although team A wins the current match, their chance of being victorious in the future is minimal, so long as their best players are out of play. As a result, the eventual winner may be willing to relinquish the victory in an attempt to get their marquee players reinstated on the active roster.