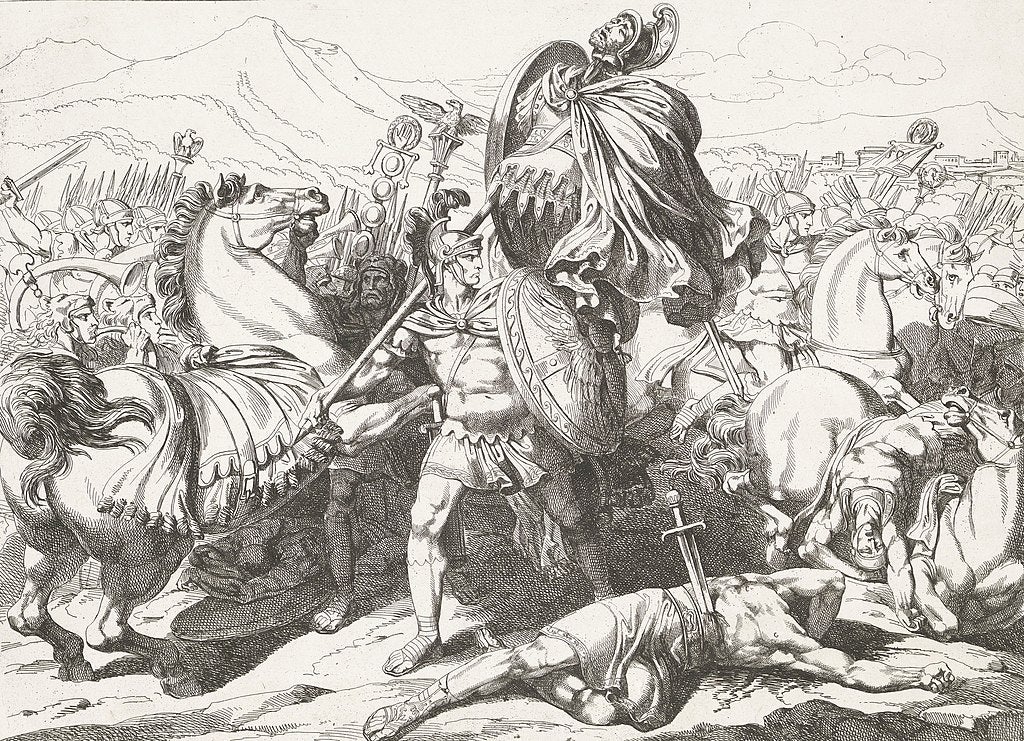 The Roman Empire had its military traditions, of course. Taking war trophies was among the highest achievements of a Roman soldier or officer. Capturing an enemy standard was high on the list, as was capturing the peaks of enemy warships.

None was as high as the “Spoila Optima,” when a Roman general beat an opposing general in single combat, then stripped him of his weapon and armor.

Upon achieving the Spoila Optima, the Roman General would attach the fallen commander’s armor to an oak tree, carry it all to the Capitoline, one of the seven hills of Rome, and then dedicate his victory to the temple of Jupiter, which was situated on the hill. The Spoila Optima was only achievable by a commander of a Roman army. All three instances of the Spoila Optima came during Rome’s republic period, before 27 BCE.

There was an incident where the achievement was unlocked during the Imperial period, during the reign of Augustus, where Marcus Licinius Crassus against a Macedonian chieftain, but it was denied by the Emperor, who saw Crassus as a rival. Crassus was given a triumph through Rome for his victory, but was forced to share it with the Emperor.

According to legend, Rome was founded by two brother, Romulus and Remus. Roman military might came on display early in Rome’s life, as the legend goes. A rival town called Caenina, close to Rome, refused Romulus’ request for them to send wives for the men of Rome. After the refusal, Romulus created a religious ceremony, luring neighboring cities to Rom for a great festival. Caenina’s citizen came too.

When Romulus gave a signal, the Romans abducted the virgin women attending the festivities and took them for wives. Enraged, the King of Caenina raised an army and attacked Rome. The Romans defeated the attack and marched on Caenina, where Romulus killed their king, entered Rome in triumph and performed the Spoila Optima.

In 437 BCE, Cossus was a Roman general putting down a rebellion in the Roman-controlled city of Fidenae. Fidenae was allied with Rome’s two most powerful enemy’s Veii, and Falerii, so this rebellious colony was a serious matter to the Romans. A Roman delegation was sent to peacefully resolve the issue but all four delegates were killed by the rebels’ leader, Lars Tolumnius.

Cossus soon attacked Fidenae under the command of Dictator Mamercus Aemilius Mamercinus. As a cavalry commander, Cossus was in the thick of the battle. During the fighting, he found Lars Tolumnius in the melee and charged him, unhorsing the king of Veii with a spear. Cossus vaulted off his own horse using the spear, smashed the king in the face with his shield, and speared him on the ground. He cut off the enemy’s king’s head and placed it on his spear, which caused panic in the enemy, who then fled. When he went to Rome for his Spoila Optima, the legend says, he placed his own next to Romulus’ Spoila Optima.

Marcellus was a Roman Consul during the Second Punic War against Carthage. He was engaged in the Battle of Clastidium against Gallic forces fighting for Celts in Northern Italy,  led by a Gau named Viridomarus. The Romans under Marcellus laid siege to Clastidium in 222 BCE. Around 4,000 Roman troops met 10,000 Gauls in the fortified city.

The Gauls left the city and formed a line to meet the Romans. Before they could clash, Viridomarus rode to the front of his army and challenged Marcellus to single combat instead. The Roman Consul unhorsed the Gaul in the first pass. Marcellus speared the man on the ground and dismounted to remove his armor. Having won the Spoila Optima, the Roman Army charged and slaughtered the Gauls.