WATCH: This the most vicious sea monster to ever terrorize the Royal Navy - We Are The Mighty

WATCH: This the most vicious sea monster to ever terrorize the Royal Navy 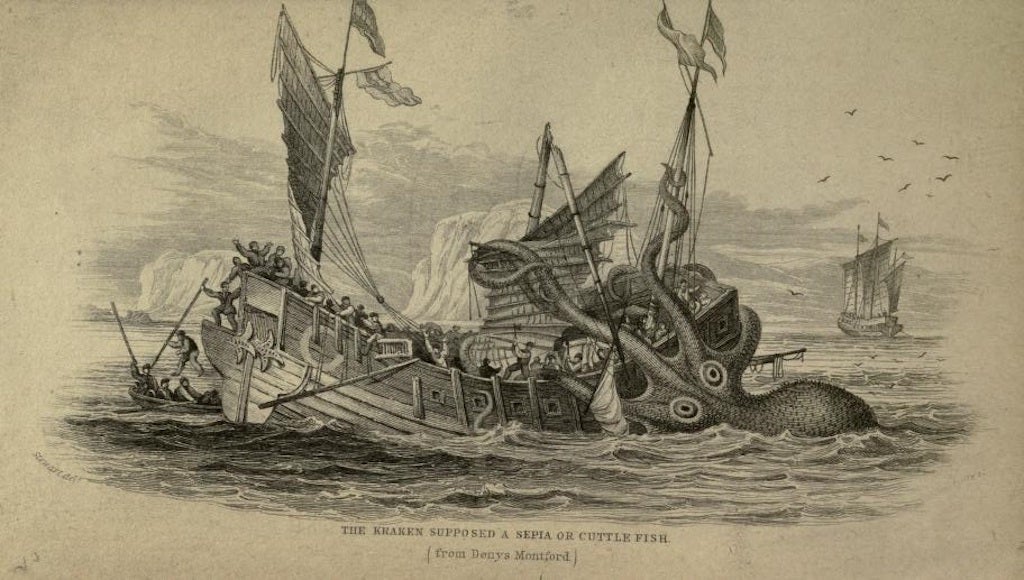 Everyone has that one experience in the military that no matter how hard you try to convince people it happen they don’t. In the 1800s there are two cases where sailors of the Royal Navy swear that they witnessed this mythical and extinct creature.

As per colonial tradition, the Royal Navy has viewed the sea as the only way to reach certain places and built and empire on securing commerce through those routes. For as long as sailors have braved the ocean, stories of strange happenings have been reported while underway. Aye, beware, here be monsters.

The Kraken was a dreadful monster with a relish for human flesh and the ability to sink large ships. The Kraken was known to be present in seas between Iceland and Greenland and Norway and Sweden. According to Alfred Lord Tennyson, in his sonnet dubbed “The Kraken,” the legendary sea monster has the colossal size of an island with long, strong arms that can wrap around the hull of a ship and sink it. If the Kraken failed to sink the ship using its arms, it would resort to creating a brutal maelstrom that could haul the ship to the bottom of the sea. Due to its relish for human meat, the Kraken was known to devour the crew of an entire fleet at once.

The most famous sighting of the Kraken-like sea monster was by the officers of HMS Daedalus, which occurred between the Cape of Good Hope and St. Helena in West Africa on 6th August 1848. According to Captain Peter M’Quhae, the creature was dark brown with a streak of yellow and white colors around its throat. The officers of the HMS Daedalus also claimed that the sea creature moved at about 19 to 24 kilometers per hour and swam with four feet of its head above the water and the rest of its body measuring about 60 feet still under the water.