‘The Mandalorian’ season 2 episode 3 blew my skirt up 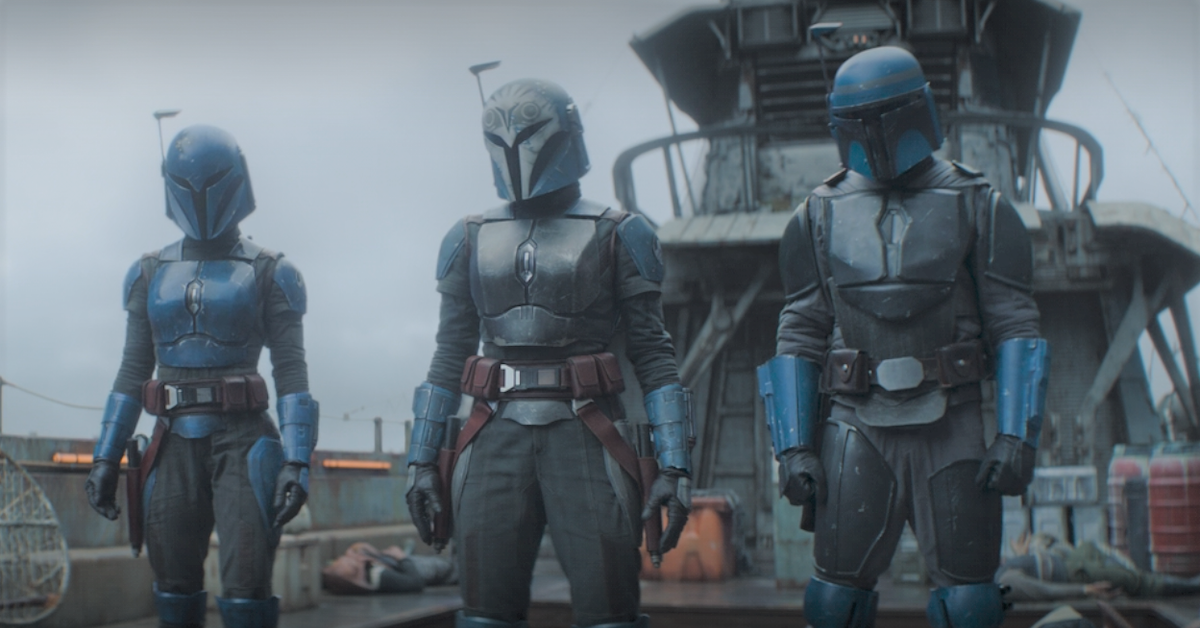 After last week’s disaster of an episode, The Mandalorian brought its A-game, and some major fan-favorites, to Chapter 11: The Heiress. Spoilers ahead.

Din Djarin, the Child and Frog Lady make it safely to the watery moon of Tresk, where Djarin’s passenger is reunited with Frog Man at long last. Let the fertilization begin! Djarin and the Yoda Baby head to a restaurant for some chowder (some living chowder…why??) and information, where the Mon Calamari server tells Djarin where he can find the other Mandalorians.

Turns out, those sumbitches were trying to murder the Yoda Baby and our Mandalorian! They kick the baby basket into the cage of a watery-sarlacc looking thing, prompting Djarin to dive in after him. Luckily for him, not one but three Beskar-armored fighters come to his rescue (and Ludwig Göransson’s score is, per usual, fantastic).

His rescuers include Bo-Katan of Clan Kryze, whom fans may recognize from Star Wars: The Clone Wars and Star Wars Rebels. Played by Katee Sackhoff (who also voiced the animated character), Bo-Katan is a Mandalorian whose past includes run-ins with Obi-Wan Kenobi and Darth Maul; she became Lady of House Kryze and Regent of Mandalore after overthrowing Maul, but she was deposed when she refused to submit to Emperor Palpatine.

Upon removing their helmets, they explained to Djarin that he is a “Child of the Watch,” which she described as a cult of religious zealots who broke away from Mandalorian society with the goal of reestablishing the ancient way. Until this point, he’d believed that all Mandalorians were like him — but Bo-Katan offers a new path.

He remains committed to his mission of returning the Yoda Baby to the Jedi; Bo-Katan promises to take him to a Jedi — but first she needs his help raiding an Imperial ship for weapons. Here, director Bryce Dallas Howard delivers some nostalgic battle scenes, with blaster fire against Stormtroopers in ship corridors.

During the skirmish, we learn that its commanding officer (played by Titus Welliver) would rather destroy it — along with everything and everyone on board — than see it in the hands of the Mandalore “pirates.” Bo-Katan isn’t satisfied with their findings or the deaths of her enemy. She’s looking for something more: The Darksaber, an ancient black-bladed lightsaber passed down to her to rule Mandalore. It fell into the hands of Moff Gideon during the Great Purge of the Mandalorians.

With a common enemy, I expect we’ll see more of Clan Kryze; but for now, she and Djarin part ways after she tells him he can find a Jedi by the name of Ashoka Tano, a Star Wars: The Clone Wars fan-favorite long-rumored to be played by Rosario Dawson.

TWEETS OF THE WEEK

Because we have to pay our respects.