Here’s what’s going on with the crazy ‘WandaVision’ promos 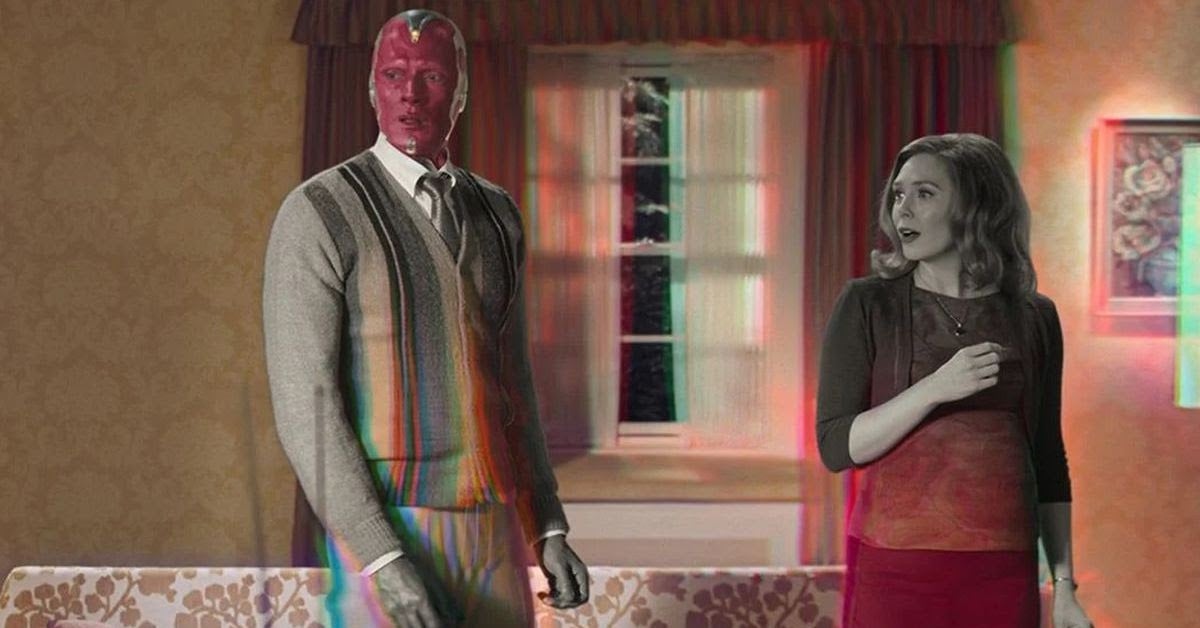 When we last saw (the Marvel Cinematic Universe’s) Wanda Maximoff, she was at the funeral of Tony Stark after the Avengers finally defeated Thanos. During Avengers: Infinity War, she was forced to destroy the Mind Stone — killing her lover, Vision, in the process — until Thanos used the Time Stone to undo her actions and tear the Mind Stone from Vision, killing the sentient android himself. Wanda disappeared — along with half the universe — during ‘The Snap’ before being restored in Avengers: Endgame; but sadly, Vision remained among the casualties of the war.

So when Marvel announced that a six-episode series called WandaVision would be added to its Phase 4 lineup, there were questions. Would it take place in the past (a popular Loki theory)? Did Vision somehow survive (like Agent Coulson in Agents of S.H.I.E.L.D.)?

Set to debut on Disney+ on Jan. 15, 2021, WandaVision appears to take place in an alternate dimension. Star Elizabeth Olsen told the New York Times that the series will explore Wanda as the Scarlet Witch much as she is in the comic books — including addressing the character’s mental health and illness.

The series begins in a 1950s television sitcom where the characters are blissfully unaware of the tragedy that has befallen them. Marvel literally filmed the pilot in front of a studio audience (who signed “very, very strict NDAs,” reported Entertainment Weekly).

“It is even better than it was pitched. It’s even more complicated and fun and interesting and playful than I could have ever imagined this job being,” gushed Olsen. Her co-star Paul Bettany, who plays the titular Vision character, called it “totally bonkers” with a grin.

“Our content is so different from Marvel. It’s like a conversation of American sitcom through the decades with Marvel Film and they’re constantly in dialogue with each other. So it’s really fun!” hinted Olsen.

After a decade of successful films and television series within the MCU, Marvel has earned the right to take some risks. The show will bridge itself to Doctor Strange in the Multiverse of Madness, according to Marvel Studios president Kevin Feige. Due for release in March 2022, the sequel to 2016’s Doctor Strange promises to feature Olsen’s Wanda Maximoff alongside Benedict Cumberbatch’s zany Dr. Stephen Strange.