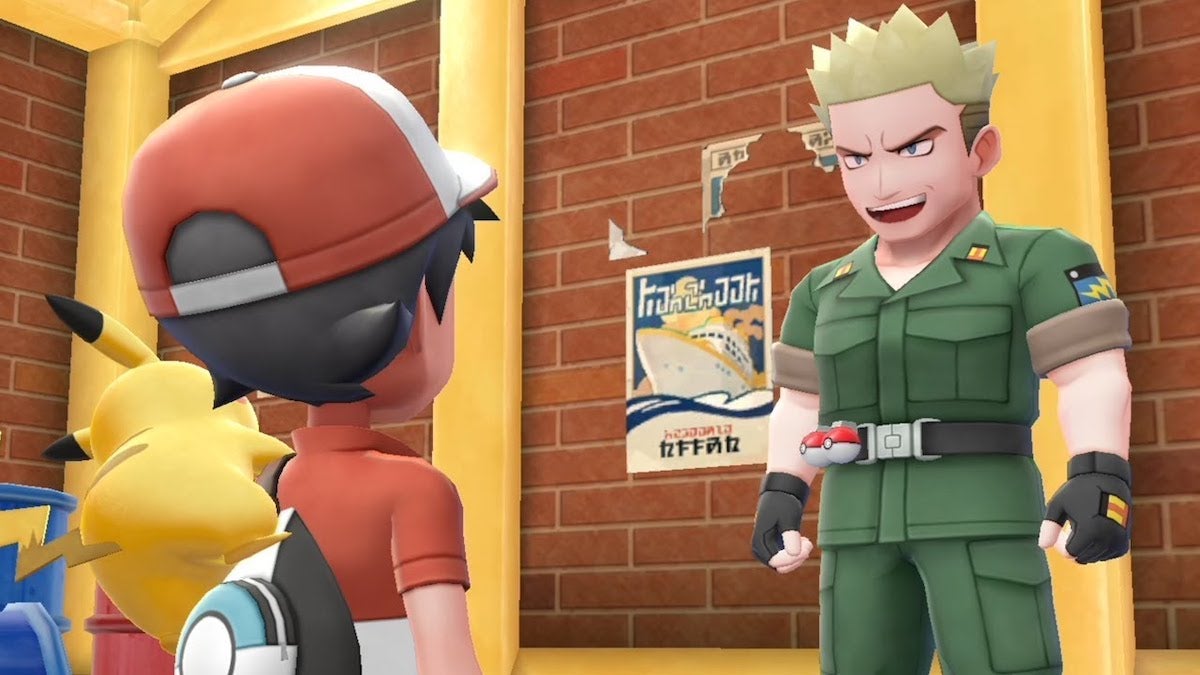 American bombs rain down on the Japanese soil of Iwo Jima. Lt. Surge, an American patriot, pilots his aircraft over the island of imperial injustice but suffers a catastrophic hit to the plane’s energy supply. He has no option but to adapt and overcome – ‘Go Raichu!’ The Pokemon can power the B-29 aircraft long enough for Lt. Surge to return to a friendly airfield.

The alternate universe of Nintendo’s Pokemon adapted real world events into the game. This World War II veteran’s story is being gradually erased with each new generation of Pokemon games in the name of political correctness. This is a tribute to Lt. Surge before Japan removes him completely from the pages of the Pokedex.

Like most combat veterans, Lt. Surge doesn’t talk about the war outright, we must piece together from different sources what happened.

“I tell you, kid, electric Pokémon saved me during the war!” – Lt. Surge

The Army Air Corps was the predecessor to the Air Force and operated in the Central Pacific Area. In the Pokemon game’s Vermilion City there is a journal that states:

“Lt. Surge is rumored to have been a pilot while home in America. He used the electricity generated by Pokémon to power his plane.”

The young officer booby trapped his entire gym with a double locking mechanism hidden in trash cans. I’ve never felt more personally attacked by a Nintendo game because at one time, I too, booby trapped my barracks room. Gentleman Tucker, a trainer at his gym said, ‘When I was in the Army, Lt. Surge was my strict CO. He was a hard taskmaster.’

In the games HeartGold and SoulSilver he can be found at the magnet train station in Saffron City after you get his pokegear number (a cell phone number) and you’ve spoken to him at the power plant. He will offer to trade his French Pikachu named Volty. In WWII during the Battle of London from 10 July – 31 October 1940, there were only eight Americans serving in that theater at the time. By the time the invasion of Japan on Iwo Jima from 19 February – 26 March 1945, he would have had more than enough time to fight on both sides of the world. How likely is that possible? It’s a video game and he has a French electric rat as a sidekick. So, I’m going to need you to get all the way off my back on this one.

In the manga, Lt. Surge is responsible for trainers losing their Pokemon on the famous cruise ship U.S.S. Anne. He is identified as a Team Rocket Executive, the main villains, and captures a trainer named Red. Red is tortured with electricity and thrown overboard. His plans to exploit Pokemon for his personal gain are foiled by a mysterious trainer named Yellow. Team Rocket had been using the U.S.S. Anne cruise ship as a means to transport stolen Pokemon from Vermillion City to Viridian City.

However, in the video games there is no mention of Lt. Surge as a member of Team Rocket. That may have been a marketing choice to remove the risk of offending an American audience by portraying a veteran as a bad guy. Later in the Gold and Silver series of the Manga he turns into a good guy and helps the main character on a quest.

The greatest thing about the Pokemon fanbase is that there are no limits to their imagination. When I was eight years old and played Pokemon Yellow on Christmas – it was the greatest day of my life. That impact was also shared by millions of other children across the world. We grew up and filled in the blanks. Here are some of the best artwork so far with pokemon fighting side by side in combat.