An exclusive interview with ‘The Liberator’ creator and Executive Producer, Jeb Stuart - We Are The Mighty

An exclusive interview with ‘The Liberator’ creator and Executive Producer, Jeb Stuart 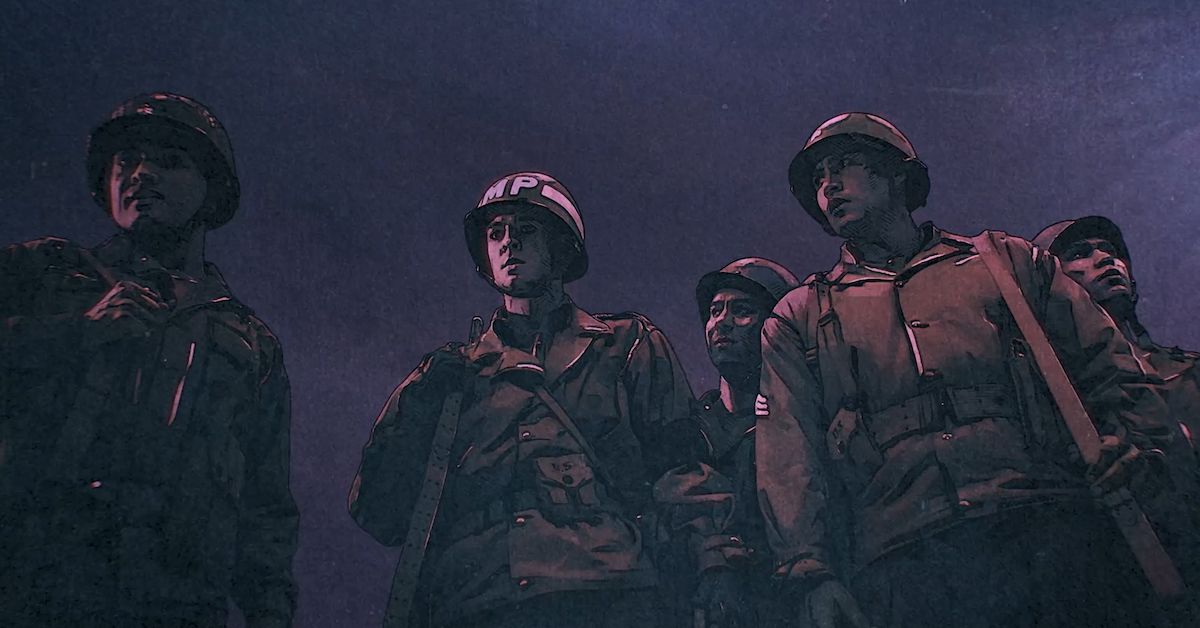 Jeb Stuart has been a motion picture and television screenwriter, director and producer for over 30 years, and is widely considered one of the great action screenwriters in film history. His first film, Die Hard, was nominated for four Academy Awards and voted the Best Action Film of All Time by Entertainment Weekly (2007). In a 2012 New York Times Magazine article, Adam Sternbergh wrote: “As a genre, the American action film…produced one bone fide masterpiece, Die Hard.” In 1993, Stuart’s suspense thriller, The Fugitive, was nominated for seven Academy Awards including Best Picture. During his career he has worked on over 50 feature and television projects, which have collectively grossed over $2.5 billion dollars worldwide.

Presently, he is the creator and showrunner of two Netflix Original series, The Liberator, a World War Two drama slated for release in the fall of 2020 and Vikings: Vahalla which is currently in production in Ireland. Stuart is a WGA Best Screenplay Nominee as well as a two-time Edgar Allen Poe Nominee for best movie screenplay. He has received recognition for his writing from the American Film Institute and is a recipient of the Nicholl Screenwriting Fellowship, administered by the Academy of Motion Picture Arts and Sciences, of which he has been a member for over 25 years. Stuart received a B.A. and M.A. from the University of North Carolina at Chapel Hill and a M.A. in Communications from Stanford University. He is a former member of the graduate faculty at Northwestern University, where he taught in the Writing for Stage and Screen Program. WATM had the chance to sit down with Stuart to hear more about The Liberator.

WATM: History is full of stories of courage and uncommon valor; how did this story grab your attention to decide that it must be made?

Stuart: The Liberator is based on the book written by Alex Kershaw. It was sent to me by Michael Lynne whose company Unique Features was working on a World War II project for the History Channel. I’m a huge reader, especially U.S. military history, and I thought this would be a great story for a couple of reasons: It deals with Italy primarily and it doesn’t get enough coverage in film and TV. It shows our troops learning to fight instead of the great battles such as D-Day and the French invasion that we know pretty well.

The biggest issue for me, that I was really attracted to, was the diversity part of the story. That a group of native Americans, White cowboys and Mexican Americans could be brought together in an integrated unit in WWII. That really got my attention. The idea that Felix Sparks, a back-office 2nd lieutenant, who works his way up to Lt. Colonel over the course of 500 days is a pretty compelling story within itself. It’s a survivor story and of terrific leadership. That was the start and there was a lot after that but that drew my interest in the story.

WATM: What was your favorite character-building moment in the story?

Stuart: That’s a great question, Ruddy. You know, there are so many moments like that. I think my favorite moments are when the men are really having to pull together in combat situations. Anzio comes to mind, I wanted to tell a story that can show G.I.s under artillery. For most people watching this [war series], I was wondering if there was a way to capture the terrifying aspect of being in a foxhole under bombardment for minutes by the German 8.8 [cm] artillery that was just fearsome.

We were able to do that with Trioscope. What it would feel like is not knowing where a shell would come down, then having American artillery corresponding, going over your head and raining down on your position in order to complete the task – guard the only road into Anzio. Should the Germans capture it, they would have a blank check to move support vehicles and tanks into Anzio. They probably would have driven the Allies back into the sea.

So, this one unit is tasked with holding that road. An incredibly complex task that they should have been overwhelmed by. By pulling the chain as they do in episode two, by putting their own artillery down on themselves, they were able to stop the German advance long enough for the Americans to have a grasp on Anzio and counterattack.

They did win the Presidential Unit Citation Award, which at the time was pretty new. Very few units have ever received that. That’s my favorite character-building moment for the series.

WATM: Warfare is organized chaos, while in production, what was a moment that you experienced your team pulling together and getting the mission done?

Stuart: In that same episode after the Anzio battle, Spark’s unit had to move into a series of places called The Caves. Where these rag tagged pieces of units that were still left, took refuge in this circular mound that they had done more excavation. It was probably more of a mine than a cave and there were civilians in there.

For me, that was the place where they gathered up. Having to recreate this, the audience will see a functioning Trioscope. Trioscope is a hybrid type of animation – we shot the show on a blue screen. When we cast out there, things like leaving the cave and going out into this bombardment under machine gun fire, all have to be imagined by the actor. It calls upon the actor to bring more to the table otherwise it’s just not going to have the feel. What we did a lot of the time is that Grzegorz Jonkajtys, our director, and L.C. Crowley, our producer back in Atlanta, they would put ear pieces into the soldier’s ears that they would pump in machine gun fire from the right or explosion is coming in or you hear the whistle of incoming shells.

After a couple of takes, Ruddy, (laughs) it doesn’t take long for an actor to suddenly start thinking ‘where is that coming from? How am I going to react?’ and they would react naturally. If a shell is coming you just get down, if a foxhole is available you get in, especially when it’s 20 feet from you.

It’s incredibly disorienting for the actor, as it should be, as you’ve said organized chaos. It should shock you; it should surprise you. That fight or flight instinct and adrenaline pumping in and you react that way. I think it was an extremely successful experiment that worked for us.

WATM: The military audience is always hungry for more, more, and more. They will watch content a million times over and always ask ‘what’s next?’

Stuart: I am hoping what you’re saying is a follow up to The Liberator using Trioscope in another conflict such as WWI, Gulf War, Vietnam.

Stuart: It is great for this type of format. I hope we can do an anthology series which would be fun because trioscope allows us to recreate great battles, great units, great servicemen, great stories like that. You obviously need the great assets that go only with it like terrific directors and great animators. If you think of WWI and WWII, none of those tanks and planes really operate or exist today outside of museums and private collections.

You couldn’t mount a show of any scale like you could in the 50’s and 60’s like Dirty Dozen or along those lines. You couldn’t do those kinds of things without recreating [vehicles] from scratch. This is an opportunity to find great soldier stories and tell them in a very convincing, authentic way through Trioscope, A+E Studios and School of Humans, and I have been in talks about what we can do together.

WATM: Is there anything that you would like to say to the military audience?

Stuart: The one thing I would like to really tell your audience at We Are The Mighty is that The Liberator has a terrific message but also just great entertainment. It’s the type of thing where everybody who is involved thought it was a very special project. It tells an important part of our military history.

The veterans I’ve talked to, not just Vietnam veterans – my father was a WWII veteran, veterans of the Gulf War and such; the mental endurance that’s required to get through something like that are just as important today as they were 75 years ago. I think there is a lot of resonance in the story and we’re excited about it, we’re proud of it, and I hope people will tune in and watch it.The Liberator Premieres Veterans Day November 11, 2020 on Netflix.