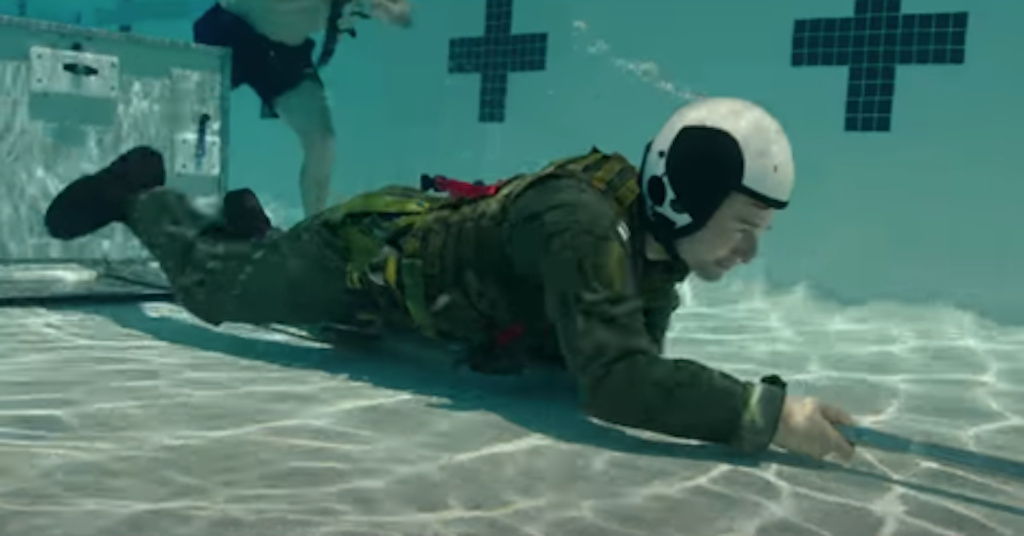 Tom Cruise is known for going balls out with his stunts and film training. Over the course of the  Mission: Impossible franchise alone, Cruise climbed the world’s tallest building (the 2,700 foot Burj Khalifa in Dubai), hung off the side of an airplane, and fell four stories and ran an Australian rappel down the surface of a building while being chased by an actual helicopter. And that’s just the beginning of the list. So it’s no surprise that he wanted the filming of Top Gun: Maverick to be as real as possible — which meant shooting it practically — in F/A-18 Super Hornets.

“I wasn’t ready to make a sequel until we had a special story worthy of a sequel and until technology evolved so we could delve deeper into the experience of a fighter pilot,” Cruise insisted.

Cruise designed a unique bootcamp for the actors, who went through three months of training – underwater evac training, aerial aviation training to build up spatial awareness inside the aircraft, and flights in the back of the F-18 to pull Gs.

“The actors also had to learn how to run the cameras because when they’re up in the jet they have to direct themselves essentially,” shared producer Jerry Bruckheimer. From cinematography to lighting to acting while flying, those actors definitely had the experience of a lifetime.

Watch the official trailer for Top Gun: Maverick on We Are The Mighty:

“After more than thirty years of service as one of the Navy’s top aviators, Pete “Maverick” Mitchell (Tom Cruise) is where he belongs, pushing the envelope as a courageous test pilot and dodging the advancement in rank that would ground him. When he finds himself training a detachment of Top Gun graduates for a specialized mission the likes of which no living pilot has ever seen, Maverick encounters Lt. Bradley Bradshaw (Miles Teller), call sign: “Rooster,” the son of Maverick’s late friend and Radar Intercept Officer Lt. Nick Bradshaw, aka “Goose.” Facing an uncertain future and confronting the ghosts of his past, Maverick is drawn into a confrontation with his own deepest fears, culminating in a mission that demands the ultimate sacrifice from those who will be chosen to fly it.”