Final ‘Top Gun 2’ trailer will give you ‘Goose’ bumps 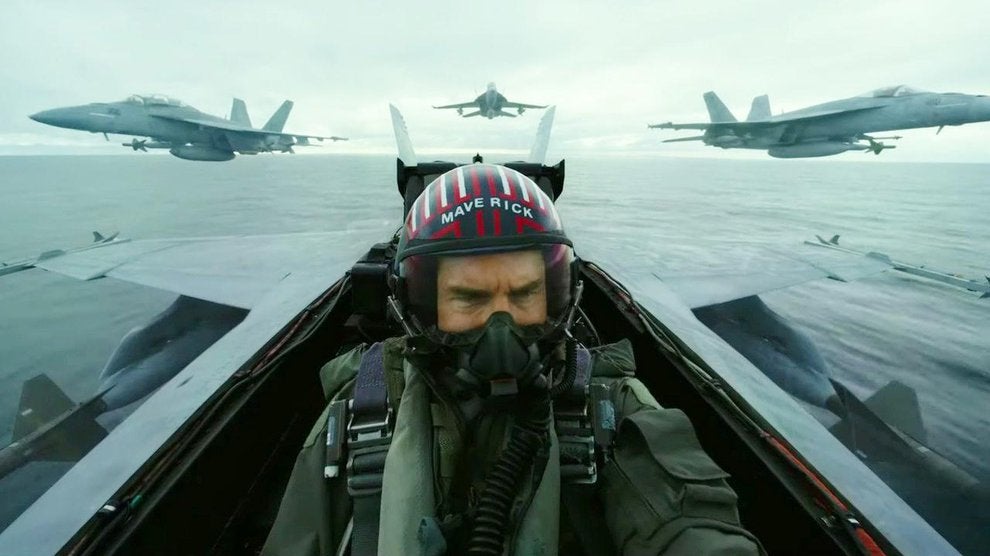 There’s no denying that Top Gun struck a chord across our nation — not only with box office success, but with military recruitment. The high-octane film glorified that flyboy life (said with much love and affection) — and the Navy reported that their recruitment rates grew by 500% in the year following the film’s release.

Since 1986, Top Gun has remained a classic military aviation film — and now we’re finally getting a sequel, one that just might live up to its predecessor. With the debut of this latest official trailer, Paramount has also set a release date of May 27, 2022, so you won’t have to wait long.

From the moment those first few notes sound out, you’ll be rooting for this film to work. The imagery is reminiscent of the OG golden hour shots and aerodynamics, the fighter pilot swagger lands just like it’s supposed to, and the creators made the sharp decision to not only bring back Maverick, but his most painful ghost — the death of his friend, Goose, embodied by Rooster — Goose’s son, now a TOPGUN pilot himself.

Here’s the official synopsis from Paramount:

After more than thirty years of service as one of the Navy’s top aviators, Pete “Maverick” Mitchell (Tom Cruise) is where he belongs, pushing the envelope as a courageous test pilot and dodging the advancement in rank that would ground him. When he finds himself training a detachment of TOPGUN graduates for a specialized mission the likes of which no living pilot has ever seen, Maverick encounters Lt. Bradley Bradshaw (Miles Teller), call sign: “Rooster,” the son of Maverick’s late friend and Radar Intercept Officer Lt. Nick Bradshaw, aka “Goose.”

Facing an uncertain future and confronting the ghosts of his past, Maverick is drawn into a confrontation with his own deepest fears, culminating in a mission that demands the ultimate sacrifice from those who will be chosen to fly it.

Maybe I’m biased because aviation is in my blood and because of my time working with fighter pilots, but I’d like to think there’s more to it than that. There’s something powerful about flight, about taking to the skies with a — forgive me — a need for speed. I suspect that’s why Top Gun made the impact that it did; air superiority is the pinnacle of military might.

See you in theaters on May 27th. Don’t be late again.