From military 'brat' to NFL draft, Chicago Bears' QB Justin Fields on home, family and a good dog - We Are The Mighty 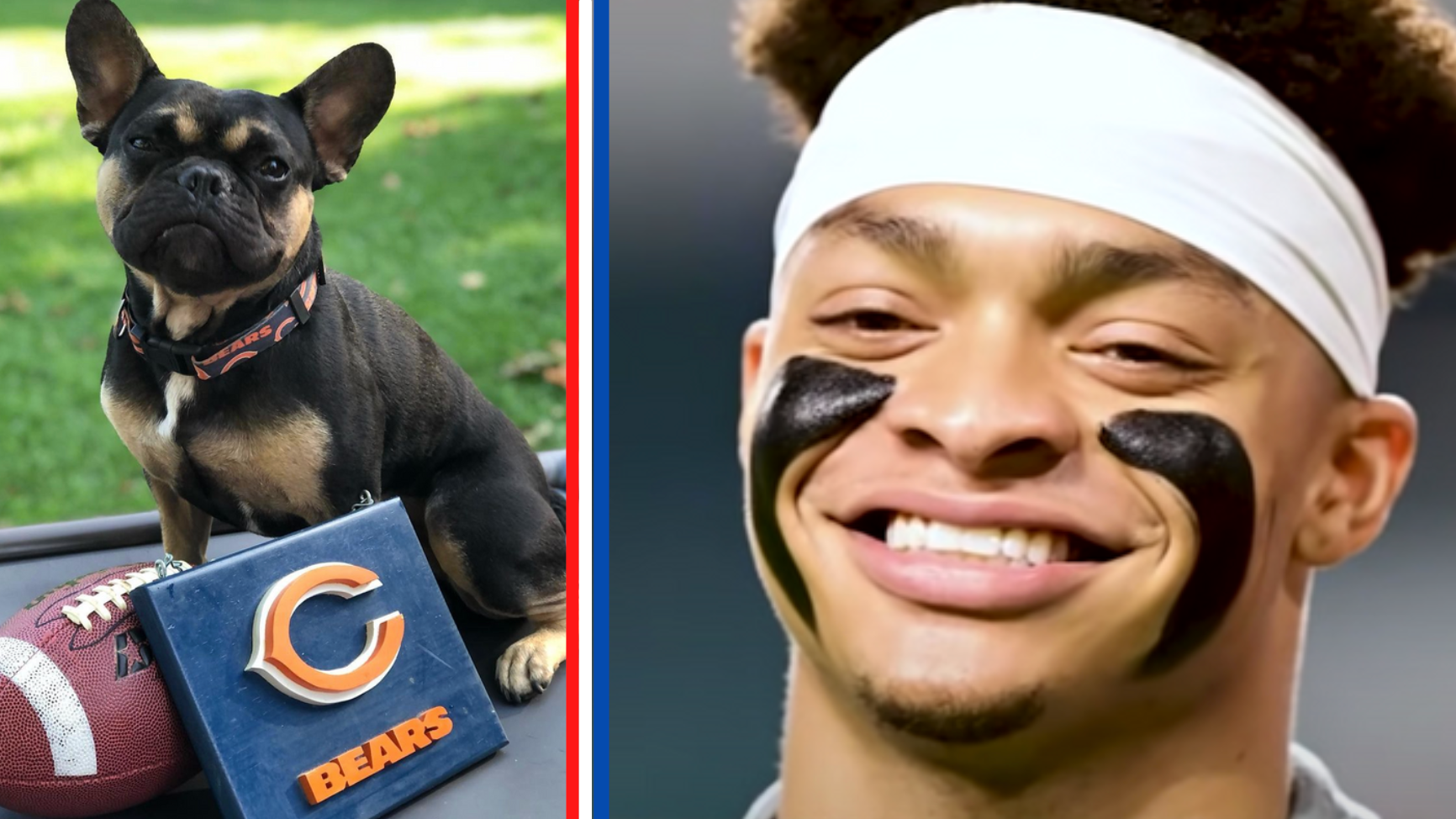 Justin Fields has been in the spotlight since high school. He first rose to prominence as a high school quarterback who was featured in the Netflix show, “QB1.” Highly recruited out of high school, Fields started at the University of Georgia, before transferring to The Ohio State University, where he quickly became a superstar of the college football world. After leading the Buckeyes to two appearances in the College Football Playoff, Fields was selected in the first round of the NFL Draft by the Chicago Bears.

Since arriving in Chicago, Fields has impressed coaches, teammates, the press and fans with his throwing, running and playmaking abilities. But as anyone who has followed this standout throughout his career knows, he has also been a great leader and someone who gives back to the community.

That is why Justin Fields teamed up with USAA and ESPN to offer fans an inside look at his “home base” (his family home). Justin comes from a military family and that lifestyle was a big part of his upbringing.

We Are the Mighty got to sit down with Fields to talk about life, Chicago, his father’s military service, and why he decided to partner with USAA. After quarantine, we realize that where, how and with whom we spend our time matters more now than it ever has before. Fields welcomed viewers into his base to talk about what home really means.

WATM: Tell us about your partnership with USAA and why it is important to you?

JF: It’s important to me because they represent families of the military and veterans — especially when it comes to representing a family that is prior military. I can relate to that with my dad being in the military. So, I thought it would be a great opportunity for me to share my story

WATM: You come from a military family. Your dad was a Marine right?

WATM: How did your dad’s service impact your development as a football player and a person?

JF: Yeah, my dad was big on respect growing up. That was his number one rule: Respect him at all times, and that just rubbed off on me. I had to respect my elders. And having that respect factor since I was a kid has made my relationships with people better.

WATM: With your insane schedule now, how often do you get to go home and see your family?

JF: Oh, I don’t get to home at all right now. During the season, it is too busy to go home. But they come up to see me every game, so I get to see them which is nice.

WATM: Well since you can’t go home during the season, what have you done to make Chicago feel like home?

JF: I’ve been in my house here for a few months now, so I have been trying to get some furniture in there and make it as home-like as possible. I haven’t been able to bring anything from Georgia yet. But I’ve been trying to make it feel like back home and it’s getting there.

WATM: Other than your family, what do you miss most about your home in Georgia?

JF: My other dog. Of course, my family and my dog… so just being around all of them.

WATM: Now speaking of dogs… Uno is a pretty big celebrity. How has he settled into Chicago? Is he liking living in the Windy City?

JF: He’s been liking it so far. My house has a pretty nice backyard, so he has a nice little space to run around it. I am not sure how he will adjust to the cold so I might have to get him a little jacket or something. (laughs)

WATM: Wait, he is an Ohio dog, is it that much more colder in Chicago?

WATM: Having a place to call home is important to many people.  Like you, many military members are away from their home. What advice do you have for them on how to bring “home” with them?

JF: Just worry about the future and not the past.  And when you are home don’t take anything for granted. Because when you are not home, you will understand how much it means.

WATM: In the video we saw you give your dad a hard time for being a ‘crybaby’ even though he is a Marine. What gets him emotional that he cries a lot?

JF: (laughs) Um, he tries to hide it every time he cries. He’s just an emotional dad, especially when it comes to his kids. He’s just one of these emotional dads who gets super proud of my accomplishments.

WATM: So last question for you. I’m an Ohio State alum, so I have to ask; what is your prediction for this years’ Ohio State – Michigan game?

Justin Fields and his partnership with USAA is part of an ongoing series with ESPN called “Home Base,” available on Facebook and YouTube. The six part docuseries features six athletes with military connections (either veterans themselves or military family members) talking about the importance of your “Home Base” and what family really means. The six athletes featured are: NFL players George Kittle, Chase Young, Aaron Jones and Fields, plus MMA fighters Liz Carmouche and Randy Couture. You can find the videos here.