Exclusive interview with former CIA operative Ben Smith and host of HISTORY’s Roswell: The First Witness - We Are The Mighty 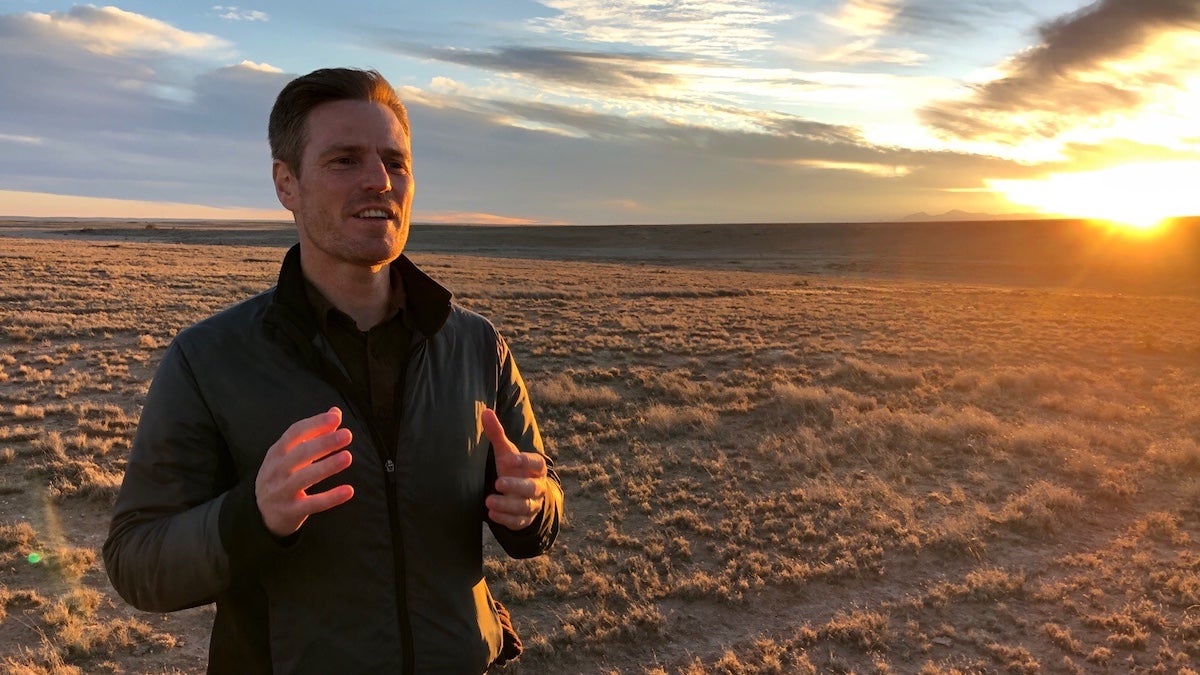 “Roswell: The First Witness” takes an unconventional look at the iconic 1947 Roswell, New Mexico crash with new evidence and a secret diary left by the first person to investigate the wreckage, Major Jesse Marcel. The investigation, led by former CIA operative Ben Smith, follows the grandchildren of Major Marcel and artifacts he left behind that may reveal what really happened at Roswell. Through the use of new advanced technologies, personal stories and expert witness interviews, the Marcel family and our decorated team of investigators hope to cement the truth about this mysterious site of intrigue once and for all.

WATM: How did you first become interested in extra-terrestrials?

I think pretty much everyone at this point is interested in UFOs, especially with the release of all the classified footage from the Navy pilots. In the 80’s and 90’s when paranormal activities had a celebrated cultural moment. It always fascinated me and when I Left the CIA I thought ‘You know what? Let me use my skills to answer some questions; what is out there? Have they been here?’ I wanted to use my skills to tackle some of those big universal questions.

I personally have not had any firsthand accounts myself. I have met people who claim they have seen UFOs and they have survivor groups trying to figure out what is going. I think the universe is big enough for all kinds of intelligent life out there. I think the technical hurdles to get here are, in time for us to know about it, are difficult but not insurmountable. I wouldn’t call myself an agnostic, I would say I’m open minded. I think it is totally possible. We need hard evidence. My training as an intelligence officer instilled in me says ‘we need hard evidence; we need to validate the information of what we have.’

As far as the government cover up, that’s what makes the Roswell case so interesting. It was the only time in history that the government claimed it had debris of a crashed UFO. It’s pretty interesting and there was debris. They collected something in a field in New Mexico. It makes me feel like ‘well, what was it?

The government is not officially claiming that there were aliens at Roswell. Well, the government takes all kinds of stances to protect the country’s national security. Sometimes they turn out to be true and sometimes not. That’s why I’m diving right in. I worked for the government for a number of years, I know how it functions, why it functions the way that it does. I’m not totally convinced, and I don’t buy it all the time either. This is a big question I’m hoping to answer for myself as well as for the viewers.

WATM: In the show, Major Jesse Marcel’s personal journal was discovered by his family. How did that document help in the investigation?

As a former intelligence officer, we always look for first-hand documentation. We want something from the source and in this case we have a diary that belonged to and was in the possession of Jesse Marcel Sr. when he passed. Talking to his grandchildren it came to them and they didn’t have a chance to talk to their grandfather about it before he passed. It was an enigma, when I crack it open I think, ‘There is a strong possibility that there is all kinds of information here.’

I was trained to protect information in plain sight and maybe that’s what he may be doing here. That was really the basis of our investigation. We have this new piece of evidence and let’s see where it leads us. It can change the established narrative about Rosewell and Marcel senior. Working with his family was a total privilege. They’re levelheaded, great, normal – for lack of a better word – normal people. They answered questions about their family history.

I found out about [the diary] through a production company, a new production circulating around with potential new evidence. I thought to myself ‘well, I got to be a part of it.’ I lobbied pretty hard to get involved with HISTORY and the Marcel family it worked out and we clicked. We had the same vision, the same process information and discovery, and it turned into a successful and productive relationship.

WATM: What was your favorite behind the scenes moment while working on this project?

This whole thing has been a real trip! Getting to know the ins and outs of the UFO research community, the Marcel family, to be out in that debris field is a special experience. It really connects you to American history, world history, in a way I haven’t anticipated. I have not been to New Mexico before but to stand out in the middle of the steppe, the grazing lands of New Mexico at 5,000/6,000 feet, in the middle of January. It kind of really drives home the rugged nature, the rugged experience of cowboy life.

These are real people who lived out here on the edge, homegrown, homey, honest and they saw something strange. To be up there and be part of the wonder was really magical for me. I really enjoyed it, I loved New Mexico. I hope this season is a success and the audience enjoys it so we can go back and keep digging. It’s really cool to be out there and be part of history.

WATM: Is there anything you would like to say to the military community?

It was really cool learning about the Marcel family’s connection to the military. Jesse Sr. retired as a colonel, his son Jesse Jr. as well, and John was a former Army mechanic. This is a family with a rich military history. They served their country, and in many ways did their duty to protect and serve. The military audience is really going to connect with some of the experience – that they experience themselves. The frustrations of national security and protecting our nation. Also, they’ll see some wonderful and strange things and connect with the Marcel’s experience.

WATM: Our readers would never forgive me if I didn’t ask, what is it like to be a CIA operative?

Being a CIA intelligence officer you get a lot of practice dealing with nefarious, criminal, underground, terrorists, foreign intelligence and US intelligence officers to even just random US citizens. You get to hear these fantastic stories and the challenge is to sift through all the information and report it back to Washington D.C. back to the President. That’s kind of the approach I took with this investigation. This is a real lead, I‘m treating it like a real intelligence lead, where does it go? Can I make a final conclusion? That kind of approach is great for this mysterious topic. It’s been out there for so long but never had a resolution.

That’s my goal and your audience members, many of whom work in intelligence who have a duty to report truthful information, I think they’re going to connect with this investigation.