The top 10 most patriotic moments in sports history 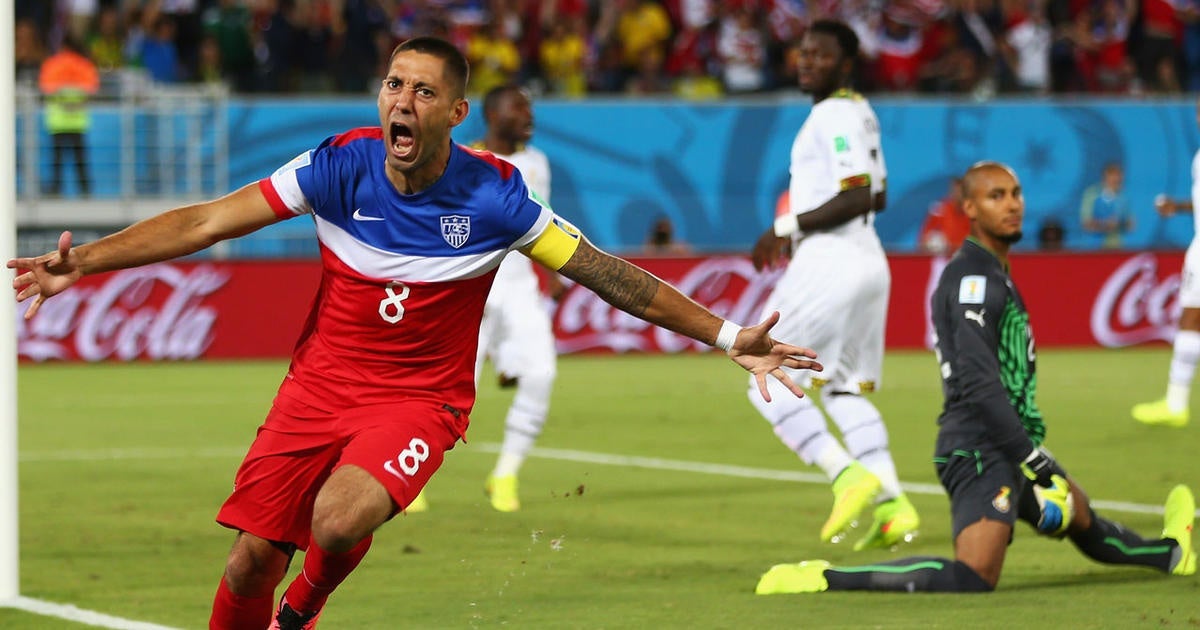 Sporting events are always going to be a central part of the American experience. In the fall, Americans tune in to watch their favorite sports, be it the NFL, MLB, NHL, and even the NBA. Every two years, we come together as a nation to support Team USA in the Winter or Summer Olympics. We even sometimes come together to see the USA compete in World Cup play.

American sports bleed into American life — and vice-versa. From the yellow ribbon tied around the Superdome during Super Bowl XV to remember hostages taken in Iran to chants of “USA” when a crowd in Philadelphia learned about the death of Osama bin Laden, American sports fans and players wear their American hearts on their sleeves.

1. Team USA carries the WTC flag to the Olympics

Rarely does a flag presentation at the Olympic Games happen to a quiet crowd. But as eight members of Team USA, flanked by members of the NYPD and New York Fire Department, marched the flag of the host country into the 2002 Winter Olympics in Salt Lake City, you could hear a pin drop.

The flag they carried was found in the rubble of ground zero and had flown atop the World Trade Center in New York when the buildings were attacked on Sept. 11, 2001. It was under the debris for three days before being found and given to the National Guard.

For a decade, Aleksandr Karelin was the world’s dominant super heavyweight wrestler. By the time the 2000 Olympics rolled around, Karelin (aka The Russian Bear, aka Aleksandr the Great) hadn’t been defeated in a match since Russia was still called the Soviet Union – even then, that was his only loss. Then, he faced off with a dairy farmer from Wyoming.

In six years, Karelin hadn’t even given up a single point to an opponent. His American opponent, Rulon Gardner, hadn’t placed higher than fifth in the world up until this point and even lost to Karelin, 5-0, before. But Karelin lost his grip — and a point — to Gardner in the second period.

A little girl from West Virginia dealt a stunning blow to the Eastern Bloc during the Cold War. Before Retton, Team USA was never able to wrest Olympic Gold from Eastern Europe in the Individual, All-Around Gymnastics event. She came into the event trailing Romania’s Ecaterina Szabo.

In Retton’s own words, she believes her performance showed that American-born and trained athletes can do anything – no matter what the odds are.

The 1999 Women’s World Cup came down to a shootout tie-breaker against the Chinese. With the score tied 0-0 in extra time, the US team would end up winning based on penalties. It wasn’t so much the game play that mattered, it was the draw. With 90,000 spectators, it was the largest turnout for a women’s sporting event ever.

The lasting image of the US win would be Brandi Chastain’s post-penalty kick celebration of the victory, where she fell to her knees and took off her jersey, revealing the “sports bra seen ’round the world.” The image became one of Sport Illustrated most iconic covers ever.

5. Joe Louis knocks out a Nazi

In 1938, Hitler was still touting the Germans as a “master race,” as German athletes competed the world over for top honors. On June 22, Max Schmeling met American champion, the “Brown Bomber” Joe Louis. The first time the two met in 1936, Schmeling took advantage of Louis’ dropping his left hand after a jab and gave Louis his first loss in the 12th round of that fight. That would not happen again.

With the world listening via radio and more than 70,000 watching in Yankee Stadium, Louis unloaded on Schmeling, knocking him down three times in two minutes. Schmeling was only able to throw two punches in the whole one-round match.

6. The Champ lights the Olympic Torch

Lighting the Olympic Flame at the end of the torch relay is an honor reserved for a legendary Olympic athlete from the host country. Does it get more legendary than “The Greatest” Muhammad Ali? Except in 1996, the one who would light the flame itself was a close-kept secret. Even swimmer Janet Evans, who was handing the torch off, didn’t know to whom she was handing it.

Ali was stricken with Parkinson’s Disease and had long since retired by this point. When Ali emerged to take the Olympic Torch and light the flame, the sound in Atlanta was less a roar of applause and more of the collective gasp of elated surprise as the once-great boxer, shaking, lit the torch.

Remember MLB outfielder Rick Monday? He might be before most of our readers’ time, but Monday was with the Los Angeles Dodgers’ 1981 World Series-winning team. Before that, he was the top prospect in the 1965 MLB draft. Somewhere in between, he saved Old Glory from public humiliation.

In 1976, Monday was with the Chicago Cubs, visiting the Dodgers. With Monday in center field during the fourth inning, two protestors jumped the outfield fence and tried to burn a flag on live TV. Monday, seeing what was about to transpire, ran over and snatched the lighter-fluid-soaked flag. The protestors were arrested and Monday was able to keep the flag.

Ever since that day, Monday used the actual flag to raise money for military families.

It’s hard to imagine the Leader of the Free World facing a new Global War on Terrorism being psyched out by throwing the first pitch in Yankee Stadium. But in his own words, he absolutely was. Thousands of New Yorkers came to the stadium to watch the President throw the pitch to open game 3 of the 2001 World Series. It was also just weeks after 9/11.

He didn’t want Americans to think the President was incapable of finding the plate. But as he practiced, Yankee Derek Jeter told him that he needed to both throw from the mound (not in front as originally planned) and not bounce it. “They’ll boo you,” he told the President.

Bush, shaken but loose, walked onto the field and threw a strike to an eruption of applause.

Before he ever arrived in Berlin for the 1936 Olympic Games, Jesse Owens had already set three world records and tied another. At Ohio State, he won eight individual NCAA championships, which was a record in its own right. When he arrived in Berlin, he knew Nazi Germany was using the games as a showcase for its racial policies, but competed anyway.

Owens went on to win four gold medals in 1936, an unrivaled achievement until some 50 years later when Carl Lewis did the same in 1984. When Owens won gold in the long jump, the Olympic Committee told Hitler he had to greet all the winners or none at all. Hitler opted for none. As Owens won other events, Hitler would leave early. Nazi minister Albert Speer would later write that Hitler “was highly annoyed by the series of triumphs by the marvelous colored American runner, Jesse Owens.”

Would you bet money on a bunch of college amateurs taking on the world’s greatest hockey team in a competition for Olympic Gold? Not many would – and not many did, as it turns out. That was the situation Team USA faced in the 1980 Winter Olympics. It was a tough time for the United States, with hostages in Iran, an energy crisis, and runaway inflation, it looked like the American Dream was coming to an end.

But no words echoed through the ages like Al Michaels’ “Do you believe in miracles!” as Team USA topped the Soviet Union 4-3 in one of the biggest upsets in sports history.