Top 5 combat diseases that would kill you in the Crusades 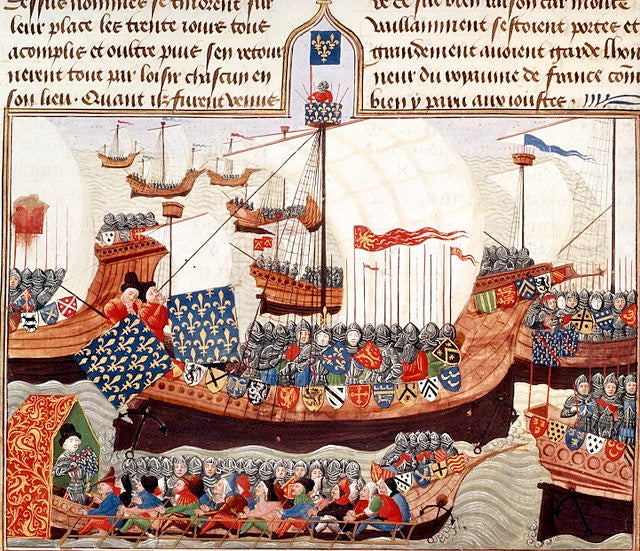 The Crusades was the name given to the waves of European knights and peasants who tried to conquer, keep and reconquer the holy city of Jerusalem and the Middle-East between the 11th and the 13th centuries. Although it has been romanticized and turned into a time of heroic deeds through various works of fiction, the reality was much less glamorous than modern depictions.

The Crusades were used as an excuse for violence, cruelty and massacres beyond imagination. Cities were sacked and burnt to the ground, people were tortured and slaughtered for sport or for wearing the wrong symbol around their neck by both sides. Although the death toll is in discussion among historians, some specialists estimate it around 9 million people. Battle was not the only cause of death: thirst, starvation and diseases ravaged the ranks of the Crusaders as surely as combat. As a knight, riding toward the defense of Christendom, these were the diseases that would kill you in the Crusades.

Leprosy is a slow and ugly disease that causes deformities, sores and much suffering, before eventually leading to death. In the 12th century, an epidemic of leprosy ravaged Europe and followed the Crusaders in the Holy Land. It was the downfall of Baldwin IV, the “Leper King,” who ruled over the kingdom of Jerusalem from 1174 until 1185. The disease was believed by many to be a punishment of God; cast upon entire families, thus causing lepers to be isolated and ostracized. They were seen as morally corrupt and were forced to wear identifying clothing ‘R’ and to carry a bell announcing their approach.

Dysentery is a potentially fatal, parasite-induce diarrhea. Probably not the best way to die for a noble knight in quest of glory in the Holy Land. Yet, it proved the undoing of King John, younger brother of Richard the Lionheart, and it affected Saint Louis so badly that he had the bottom of his breeches cut off so he wouldn’t have to constantly pull them up and down. It was originally believed that dysentery killed Saint Louis, but it was later proven that scurvy got him first. Dysentery was often contracted from water contaminated by human wastes. With poor hygiene measures and the rarity of water leading soldiers to make unsafe compromises of the quality of their beverage, dysentery was frightfully common during the Crusades.

Malnutrition was an all-too-common issue in medieval times, and even more so during the Crusades. Due to the aridity of the Middle-East, food sources were jealously protected and not widely available. During marches, soldiers only had access to meager rations and often went hungry. During sieges, food was even more scarce. Even when encamped, they lacked some important variety in their diet. Meat was believed to be the only important source of energy, neglecting fruits and vegetables, which are the main source of vitamin C. Scurvy, a consequence of extreme vitamin C deficiency, killed a sixth of the French army during the Fifth Crusade and even took Saint Louis, king of France, during the Seventh Crusade. It would cause gums to swell, teeth to fall off, feet to hurt violently, and bones to rot. For most soldiers suffering from the scurvy, death was a welcomed mercy.

Sexually transmitted diseases, such as syphilis, ran rampant in those times. Hygiene was less than basic and protection such as condoms did not exist. Knowledge regarding the cause and the cure for these diseases was also uncommon or non-existent. The prostitutes accompanying the armies were rarely in perfect health and served a great number of clients. Thus allowing a single strain of a particular disease to infect a great number of soldiers. Moreover, mass sexual assault during the conquest of a city was not only common practice, it also was used as a weapon of war. The conquerors then caught whatever bacteria and viruses infected the local population and brought them back to their own side.

Medicine was almost barbaric in this era. The knowledge was vague and sparse, particularly regarding bacteria and viruses. When it was necessary to perform an amputation, usually done by a butcher or a barber. Alcohol was the only form of anesthesia given to the patient. The instruments were not sterilized, leading to a very high probability of fatal infection. Hygiene principles were primitive at best. The smallest cut or injury a potential nest for bacteria that could easily lead to death.

Other diseases, such as smallpox, lice-borne trench fever and tuberculosis, also deserve a mention on the list of common cause of death during the Crusades. Under the guise of good intentions, the Crusades brought about a time of incredible violence, repression, and intolerance. They lead both to the decline of the Muslim world and that of the Byzantine Empire, also known as the Eastern Roman Empire, a Christian nation that was not spared from greed and war crimes. In the end, many people died from diseases. It was not a great time to be alive.

Featured image: Mahdian Crusade 1390: The Crusade-fleet with her leader, the Duke of Bourbon, and the Oriflamme. (British Library, Harley 4379 f. 60v)