Check out the F-15 Eagle in Action 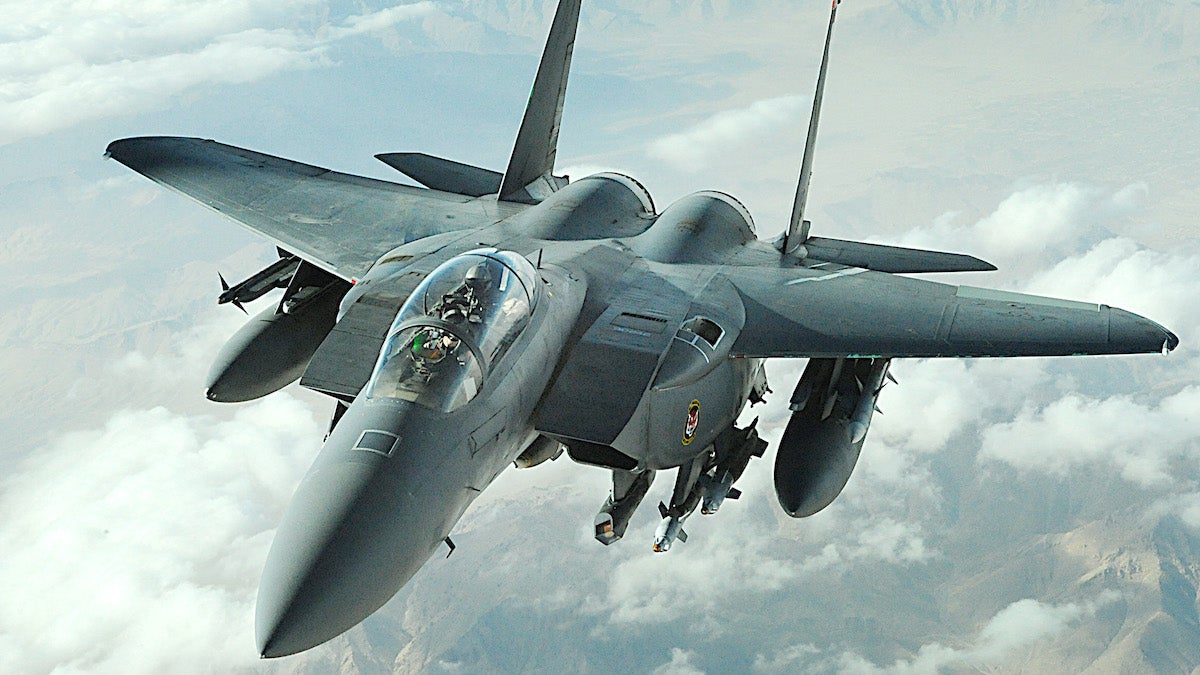 In this edition of The Daily Aviation, we get up close and personal with the F-15 Eagle aircraft, one of the most successful fighter aircrafts in the Air Force. The F-15 Eagle is a twin-engine, all-weather, tactical supersonic warfighting machine.

A little bit of history

Like plenty of good war stories, the F-15 Eagle’s origin story begins in Vietnam. During the Vietnam War, both the Navy and the Air Force were competing with one another over air tactical superiority. No one was clear on how aircraft would play a role in the emerging conflict.

But everyone knew we needed superior air power. The problem was we just didn’t have the right fighter aircraft to engage the enemy. So then SecDef Robert McNamara decided he had the best solution. Make the Air Force and the Navy use as many aircraft in common as possible. McNamara didn’t consider that performance compromises might need to be made.

It’s no surprise that it took several years until the TFX found a compromise. In April 1965, research into an “F-X” aircraft began. These early studies looked for ways to create an aircraft that focused on maneuverability over speed. DoD requirements were finalized in October 1965, and a request for proposals was sent out to 13 companies, including the McDonnell Douglas company who won the bid. McDonnell Douglass would later become part of Boeing.

The Eagle’s specs are impressive

The Eagle’s maiden flight took place in 1972, but the aircraft didn’t enter service for four years. Once it was in service, the Eagle quickly became one of the most successful fighter aircraft. To date, the F-15 has over 100 victories and no losses in aerial combat.

Turkey feathers or propelling nozzles are the moving parts at the back of the engine. They expand as the engine accelerates and help regulate pressure to control turbine speed.

There are 11 hardpoints for drop tanks and armaments on the F-15 Eagle.

Pratt and Whitney F100-PW-200 after-burn turbofans deliver the Eagle’s thrust, which helps it achieve max speeds. Each of the turbofans produces 14,590 pounds of thrust. The higher a thrust-to-weight ratio, the faster an aircraft can accelerate, and the heavier load it can carry. The Eagle can accelerate straight up into the air until it runs out of either air (from the thrusters) or fuel (for the engines). That makes it one of the most capable fighter aircraft in production today.

Recent upgrades to the F-15 include adding a second seat to allow for all-weather, air-to-air, and deep interdiction missions. The rear cockpit has recently been upgraded to include cathode ray tube displays for weapons management. Currently, the Air Force operates 212 F-15C and 23 F-15D aircraft.