Russia to buy weapons from North Korea - We Are The Mighty 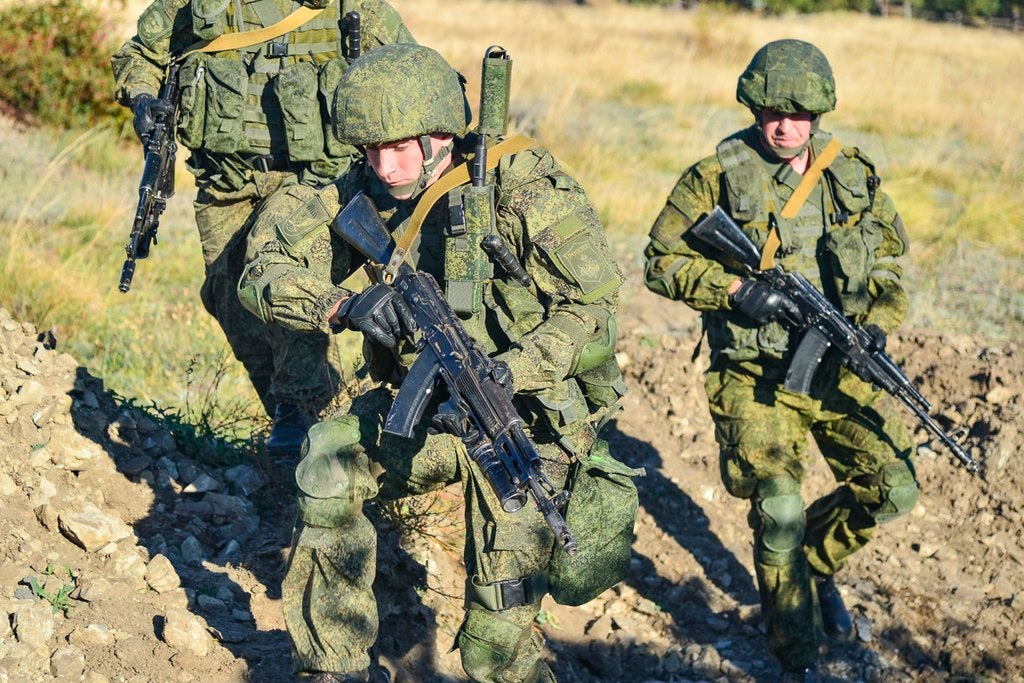 A lot of countries and individuals are sanctioned by the international community, but its not often we see the effects of international sanctions while that country is actively engaged in a war of conquest. That situation in Russia as Russian forces are feeling the brunt of the war turning against them in Ukraine. Russia’s invasion of Ukraine might have started well for the invader, global sanctions are beginning to take a terrible toll on the troops fighting it. According to American intelligence, the Russian military is set to buy weapons such as millions of rockets and artillery shells from North Korea, the global K-Mart of weapons dealers.

The same intelligence analysts believe the purchase is an indicator of weakened Russian supply chains in the global marketplace, the result of international sanctions.

As Ukrainian troops go on the offensive in Kherson, near the Crimean Peninsula, and elsewhere, Russian troops on the ground are beginning to feel the pinch of supply and ammunition shortages. Yet, while a longstanding criticism of international sanctions hold that those at the top don’t feel them, Russia’s military leadership is starting to do just that.

In recent weeks, Russia has also received Iraninan-made attack drones, which U.S. officials believe were plagued with mechanical issues. Turning to the countries George W. Bush once described as the “Axis of Evil,” pariah states already living under the same sanctions and international hardship, means Russia is starting to feel it too.

American officials did not release exactly what the Russians are believed to have purchased from North Korea, but one official said Moscow should be alarmed that it has to buy anything from North Korea at all. The U.S. release of information is the latest disclosure of intelligence to the public in an effort to highlight the key weaknesses of the Russian military.

Energy prices have soared in the wake of the invasion, meaning the Kremlin has plenty of funds to finance its war against Ukraine. But despite having an overloaded wallet, economic restrictions on the Russian Federation imposed by the West meant that Russia had nowhere to spend the money to rebuild its troubled military forces.

China is a willing buyer of Russian oil and natural gas, especially since the People’s Republic can purchase the energy at a steep discount, but exports of weapons and other necessary materials of war have not been forthcoming from Beijing. China has so far respected international export agreements restricting such materials to Russia, fearing a harsh American response that would cripple important sectors of the Chinese economy at a time when China is struggling to recover from COVID-19 restrictions.

Since Iran and North Korea have little to no economic ties with the United States, and have been mired in sanctions for decades anyway, there’s very little risk to their economies in dealing with Putin’s Russia. Russian purchases from North Korea are themselves a violation of United Nations sanctions and would have been met with harsh reactions, if Putin wasn’t already in the thick of them.

What American officials will say about the North Korean exports is both telling and potentially devastating to the Russian invasion. North Korean rockets and shells are simple and relatively unsophisticated pieces of technology. If Russia can’t produce weapons like these on their own, then it can’t mobilize its economy for war, no matter how much money it has to buy weapons.

The high-tech weapons it already produces are known for their high failure rates, meaning that it may rely on dumb bombs from North Korea for the rest of the war.