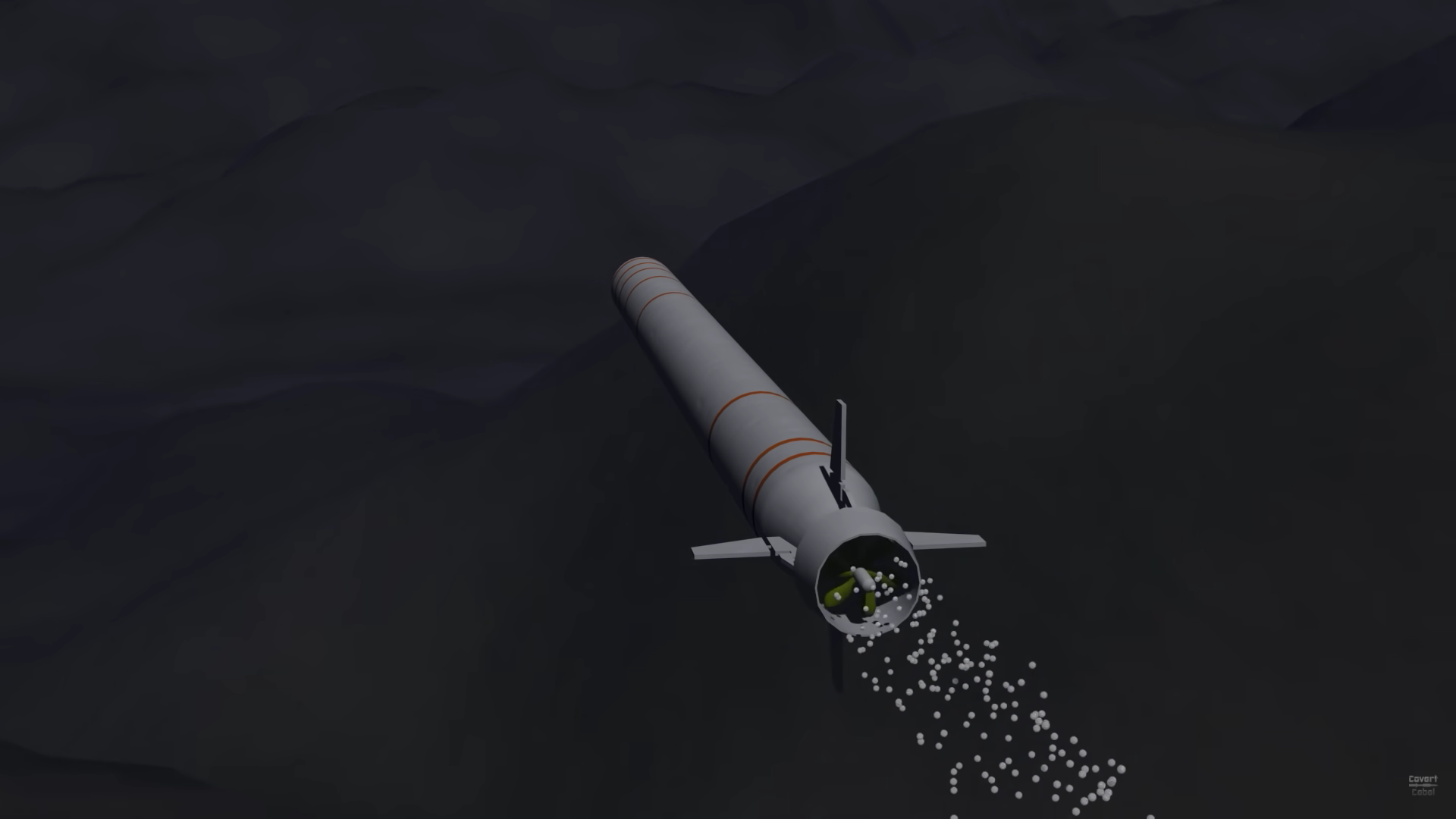 Hypersonic missiles being developed by the Russian ministry of defense are getting most of the attention in international news media these days. This could be for a number of reasons, the first being that the United States is woefully behind in the hypersonic missile gap. The second reason might be that Russian President Vladimir Putin announced it in a grandiose speech, effectively thumbing his nose at anyone who thinks the Russian military’s best days are behind them.

The third and most likely reason, however, is that it is all a sleight of hand trick. Russia is trying to keep the world’s attention focused on a missile whose technology is nearly untrackable and has almost no defense. Instead, we should be focused on the country’s nuclear-powered, nuclear-armed torpedo, one designed to destroy entire harbors.

The Poseidon was first introduced to the Russian Navy in 2015 when Putin himself leaked the “top secret” torpedo’s existence during a live speech on television, as he was denouncing American military projects. The next year, a Russian nuclear submarine successfully tested one of the new torpedoes in the Arctic Ocean.

Officially called the Ocean Multipurpose System Status-6, the torpedo is actually more of a water-borne titanium drone, powered by a nuclear reactor and capable of carrying a nuclear payload. It came about as a means of getting around American nuclear and ballistic missile defense shields.

At about 80 feet long, the nuclear reactor gives the weapon an operational range of more than 6,200 miles. This means a Poseidon torpedo fired from St. Petersburg, Russia could sail all the way to New York to deliver a nuclear blast on Manhattan.

The worst part is its rubber noise insulation and potential depth of more than 3,000 feet means it could make the trip completely undetected. It features underwater stealth technology, its nuclear reactor is low-weight and compact to reduce noise, and it’s intended to travel at a slow speed for the bulk of its journey, only picking up speed when hitting its intended target.

Even if a major city port wasn’t a potential target for this Russian doomsday weapon, the speed and depth at which it travels would make even aircraft carrier battle groups a tempting target. It could potentially destroy an entire group, with the only warning being the mushroom cloud that follows.

Any nuclear blast caused by a Poseidon torpedo won’t be the only cause for destruction, either. The fallout created by the multi-megaton cobalt nuclear bomb would create fallout that could devastate the entire U.S. Eastern seaboard.

The only good luck the U.S. has in stopping the use of a Poseidon torpedo is that Russia only has two boats capable of carrying and firing the weapon. Each of the two submarines are capable of carrying up to six of the weapons, but if the U.S. can target and destroy those boats, there’s a chance of mitigating the threat.