Why Russia has three nuclear footballs – and who can use them 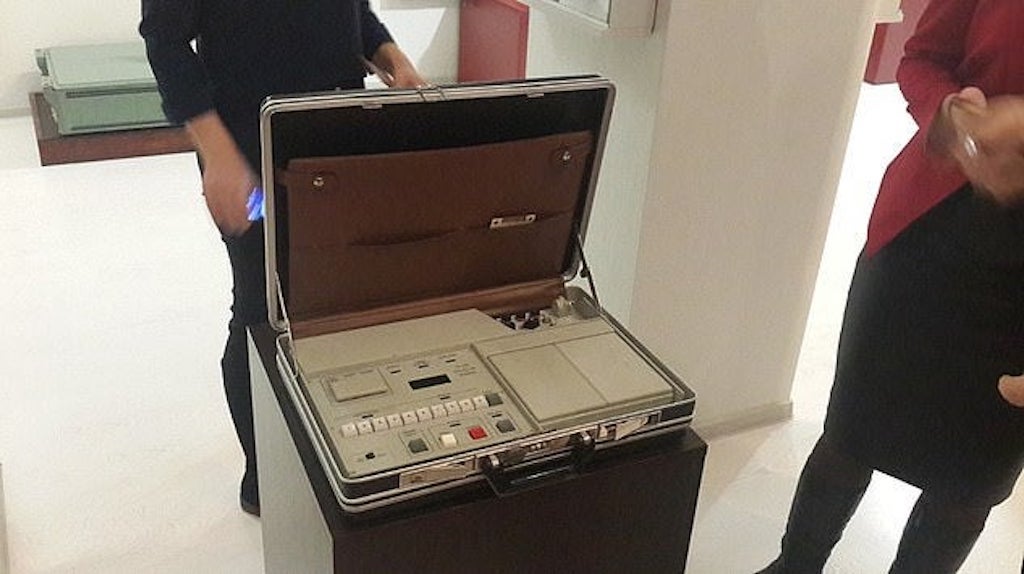 The United States closest geopolitical rival is Russia, but when it comes to the way their militaries operate, that’s where the two countries’ similarities end. Nowhere is this more apparent than in their command and control structures for launching nuclear weapons.

It’s a well-known fact that the President of the United States has a military officer who follows his every move while carrying the nuclear “football.” This is essentially a suitcase filled with everything necessary for the president to authorize and launch a nuclear strike while he’s not in a designated command and control area, such as the White House.

In the United States, one person, the President of the United States, has sole authority to launch a nuclear strike, either an offensive strike or in retaliation. In the Russian Federation, the president’s power is checked by the military when it comes to a nuclear launch.

The Russian Federation’s military has three of these nuclear footballs, which follow around three very important Russian defense officials. This system is known as a “triple key” system. The first football follows the President of Russia, who is currently Vladimir Putin. The Russian president’s football doesn’t contain an actual nuclear key, but instead a system of launch codes.

But Vladimir Putin can’t initiate a nuclear strike by himself, on his own authority. It’s probably the one thing he can’t do in Russia. Instead, in a time of need, the president’s codes must be sent to the Russian Defense Minister, currently Russian army Gen. Sergey Shoygu, who has held the position since 2012.

It’s estimated that the entire process, once initiated, should take about 20 minutes. This process was considered a highly-guarded state secret in the days of the Soviet Union, and a lot of misinformation still exists surrounding it. The three-step process is generally known to be true.

One unconfirmed rumor states that the defense minister and the Chief of the General Staff must transmit their codes separately to limit unauthorized access from renegade military personnel. Another rumor says that the Chief of the General Staff actually has the president’s codes as well. This structure, it’s believed, prevents a power grab from the defense minister’s office, nipping any conspiracy against the president in the bud.

There is also no system of transferring launch authority in place in case one of these three men suddenly becomes unable to perform their duties. The first and only time a Russian leader has ever publicly legalized a line of succession in case he was unable to act came from Boris Yeltsin shortly after the end of the Soviet Union.

Russia’s system of positive control of its nuclear launch capabilities is one that it came by through a number of trials and errors. During the Cuban Missile Crisis, the Soviet commander in Cuba had the authority to launch a nuclear strike without Moscow’s permission, for example. Nothing was guaranteed.

These days, that power rests firmly in hands of three longtime officeholders, with a rudimentary system of checks and balances to keep one from overriding the others. Probably for the best.