This is why America is the most influential NATO signatory nation 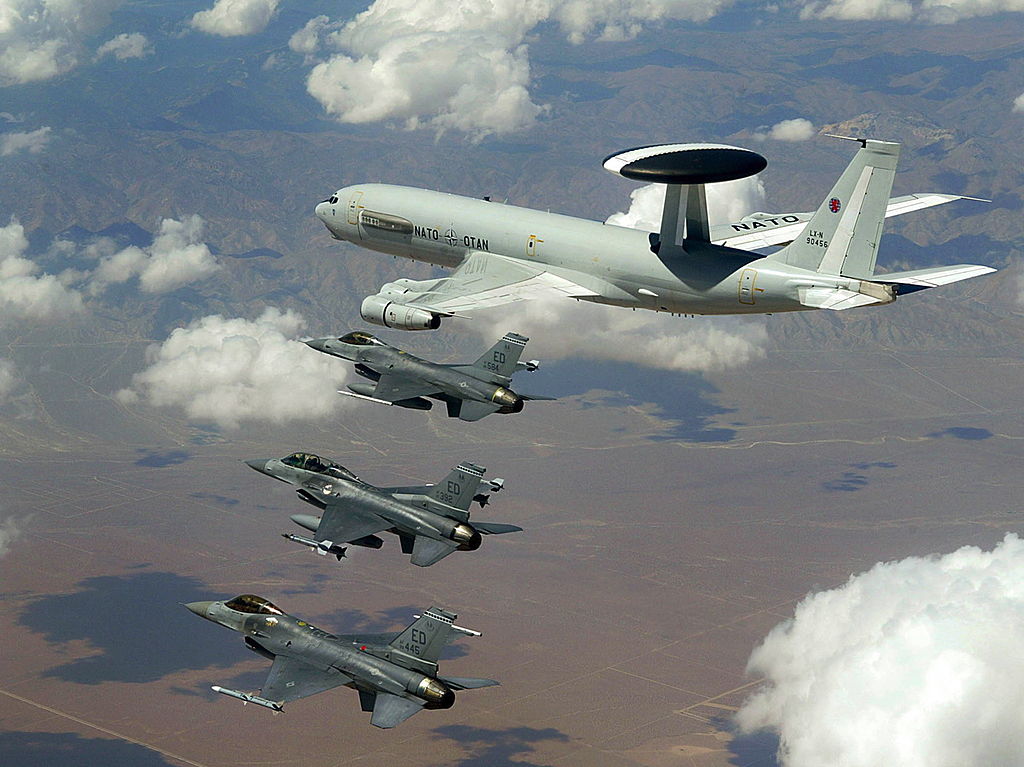 Immediately after World War II, a still relatively young nation discovered its potential to become a superpower. With a powerful military, a thriving economy, and pure moral leadership for the post-war time, America was on the fast track to fill the vacuum abroad.

The United States had attempted to enhance internationalism on the world podium in the early 1900s. However, it eventually fell to an isolationism policy due to the First World War. The specific idea of isolationism had been an important concept of the entire American dream since George Washington. The first president warned about becoming too co-dependent on other nations.

A speech delivered in 1947 by President Harry Truman proved the reluctance of the United States to engage in regional conflicts not directly involving the country. One byproduct of WWII was the nation could no longer mind its own business — even if it tried. The world had become dependent on America.

Consequently, on April 4th, 1949, the United States entered the doors of Europe’s future through a North Atlantic Treaty signed by the Secretary of State Dean Acheson.

The United States certainly played a key role in forming NATO’s original unified military structure because of its huge size and military competencies. The member allies considered making the military assemblies of NATO more operative, and therefore they decided to make an amalgamated military structure commanded by a single, merging commander, whose position would be to prepare the allied defenses of the Europe.

The United States, as NATO’s biggest military asset, stationed equipment and numerous troops across Europe to support Western Europe. A Soviet attack could happen in a short span during the Cold War. The United States needed to prove that it could also support the European continent rapidly and authoritatively. Ideally, with the great teamwork of other NATO Allies and the United States, it was clear that even though a powerfully armored separation could occur in a short period, the reinforcement was a powerful deterrent to any possible attacker.

Protection is a two-way street

The United States has incorporated a strong foundation where the collective security and the shared prosperity of the NATO agreement have continued to flourish. There has been an ongoing success in protecting the transatlantic community and reinforcing its relationship through several ways. Confronting security issues together was among the best ways that the United States has upheld its commitment. Together, they shared a mission to protect the transatlantic community and enhance stability in the face of communism.

At the same time, the United States supported its Allies and NATO partners on missions in Iraq, the Mediterranean and Europe. Altogether, the powerful alliance protects against a huge range of security issues facing the region, including the intensifying Russian hostility, hybrid, terrorism and cyber threats affecting the landscape. Still, the United States’ reputation and commitment to NATO are undeniable in the face of the Ukraine-Russia crisis.

According to critics, the United States is not ready to defend its values because it allows states like Russia to erode the institution from the inside. However, the United States is deeply committed to fight authoritarian rulers and is doing so successfully. Ukraine, at some point, doubted where France and Germany, its supposed allies, stand in their crisis. Yet, they too have united under the same banner to fight injustice.

The Soviet Union no longer exists but the world still has men who would see it be consumed by an iron curtain rusting away the foundation of democracy. This is why resisting communism, in Europe or anywhere else, is paramount.

The United States lifted the previous administration’s restrictions on offering lethal defensive equipment to Ukraine and provided anti-tank missiles, which significantly made the Russian troops pull back and refrain from taking more territory.

The world once more is calling on America to lead on the world stage. During the Cold War NATO was all bark and no bite. That has changed. America has changed and so has its role in it.