Special Forces gear that regular troops have now, too - We Are The Mighty

Special Forces gear that regular troops have now, too 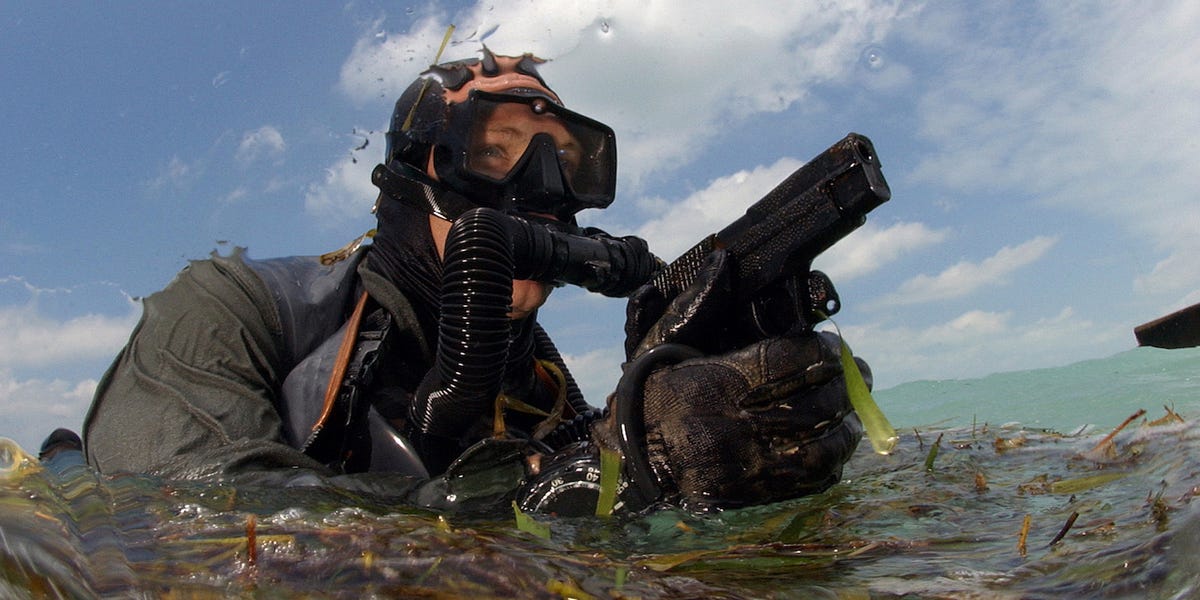 It’s often said that if you want to know what equipment your car will have in 10 to 20 years, just look at the Mercedes-Benz S-Class; and it’s true. Every car today has a pretensioner seatbelt that preemptively tightens to prevent you from jerking forward in the event of a crash. The S-Class was the first car to include this feature in 1981. Today, many cars have active safety systems that use radar and cameras to detect if you’re about to have a collision and apply the brakes to bring you to a stop. While adaptive cruise control was first introduced by Mitusbishi, Mercedes introduced the first system that could bring the car to a complete halt on the S-Class back in 2005. The same principle applies to the military too. If you want to know what the regular line soldier will be equipped with in a few decades, look no further than special forces. Here are a few pieces of gear that have trickled their way down from tier one.

In modern infantry units, just about every soldier gets some sort of optic on their rifle. Whether it’s a magnified ACOG or red dot CCO, having some sort of optic is a huge help when you’re on the shooting range (both one-way and two-way). The Army has even adopted a new variable-power rifle optic to equip all of its line soldiers across the force. However, before optics were commonplace in infantry units, they were first seen in special forces. One of the first red dots fielded by special forces was the Aimpoint 2000. “This was a game changer to me,” said former Delta operator Larry Vickers. “I went through OTC with iron sights…went to A Squadron, saw guys using red dot, I tried it, and at that point I realized the advantage that something like an Aimpoint red dot sight brings to the table…The way that red dot rights are used today kinda started back in the Delta Force late 1980s era with the Aimpoint 2000.”

Yes, they’re called silencers. Hiram Percy Maxim received the patent for his design in 1909 and marketed them as “Maxim Silencers”. The DoJ and ATF also use the term silencer. However, silencers are a bit of a misnomer. Depending on variables like caliber, bullet weight, powder, and barrel length, a silencer generally suppresses the sound of a gunshot. Very few firearms can actually be silenced to Hollywood levels of quiet. Still, the devices are effective at masking or modifying the noise created by a gunshot. Special forces units have used silencers since at least WWII with specialized weapons like the Welrod. In 1993, the Special Operations Peculiar Modification kit was introduced. The SOPMOD accessory system allowed special forces operators to adapt their weapons to different missions with attachments like optics, lights, and a silencer. At the end of 2020, the Marine Corps announced that it had begun widespread fielding of suppressors. The Corps’ goal is to field 30,000 suppressors by FY2023. The Army is also considering widespread use of suppressors with its Next Generation Squad Weapon program.

Well, ATVs and four-wheelers anyway. A specialized dune buggy called the Desert Patrol Vehicle was used extensively by special forces during Operation Desert Storm. In fact, the first U.S. forces to enter Kuwait City were Navy SEALs in DPVs. During the early years of the War on Terror, light utility vehicles were purchased off-the-shelf and employed by special forces. They proved invaluable for navigating the mountainous terrain and rough trails of Afghanistan. Motorcycles, quad bikes, and four-wheelers all helped tier one operators hunt down and destroy Taliban fighters throughout Operation Enduring Freedom. Seeing the potential of off-the-shelf vehicles like these, the Army adopted Polaris vehicles like the MRZR Diesel and the Sportsman MV850. These vehicles are often employed by light infantry units as scouts to quickly transit rough terrain. Their small size means that they can also be driven into a CH-47 Chinook and airlifted onto the battlefield.

While pistols are not new to line units, they are less common. The Beretta M9 was generally issued to officers and senior non-comissioned officers, but not to leaders at the squad and fireteam levels. On the special forces side, all members are dual-armed with both a rifle or their assigned weapon and a pistol. However, with the adoption of the Sig Sauer M17/M18 pistol, the Army plans to issue sidearms down to squad and fireteam leaders. This new policy gives junior leaders in regular line units more options in close quarter battle situations. Moving in this direction, it’s likely that all line soldiers will eventually be dual-armed just like special forces.