The British Army is getting a new main battle tank 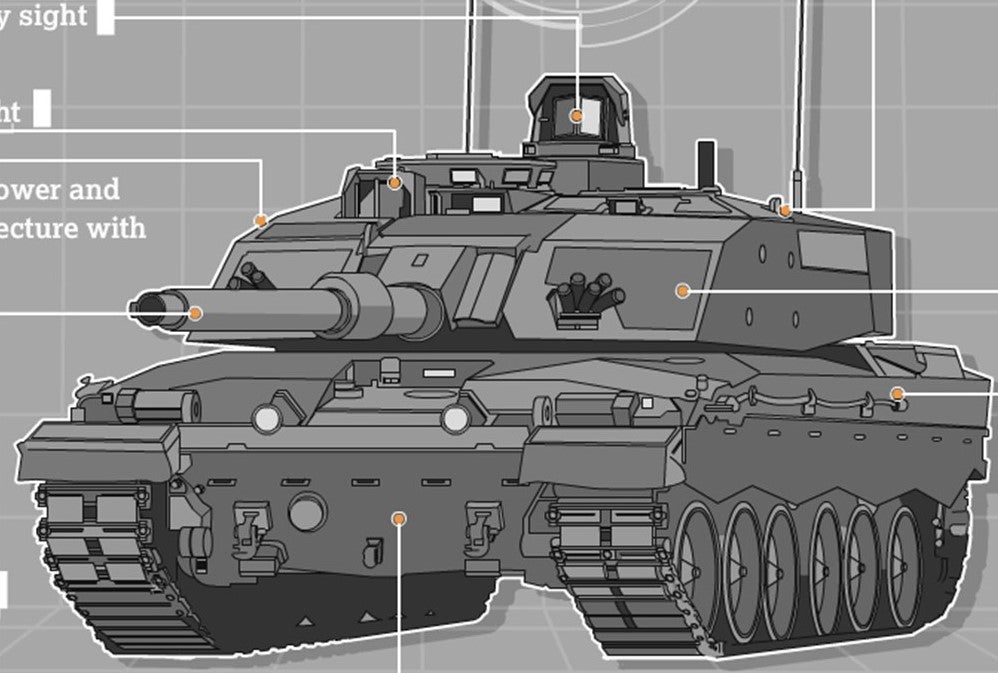 Some notable upgrades for the Challenger 3 (MoD).

The British Army was the first to employ the tank on the battlefield during WWI. Although they arguably fell behind the curve during against the German tanks of WWII, British tank technology has returned to top form through the Cold War and into the 21st century. Since 1998, the British Army’s main battle tank has been the FV4034 Challenger 2. On May 7, 2021, the Ministry of Defense announced the upgrade to a new main battle tank.

Following a life expansion project, the existing Challenger 2 is expected to remain in service until 2025. With that year quickly approaching, the MoD announced an £800m contract with Anglo-German manufacturer Rheinmetall BAE Systems Land to deliver 148 Challenger 3 tanks. These new acquisitions will extend the platforms’ service date to 2040.

The overhaul from Challenger 2 to 3 will include a number of upgrades including the main gun. Although modern main battle tanks like the American M1 Abrams and the Russian T-90 use smoothbore guns, the Challenger 2 retained a rifled gun. With the Challenger 3 upgrade, the 120mm rifled gun will be swapped out to a smoothbore variant. The new gun will be able to accept most globally available ammunition. This will simplify logistics, enable interoperability with allied armies, and offer export opportunities for the new tank.

Complimenting a tank’s gun is its armor. The Challenger 2 utilizes the revolutionary Chobham ceramic armor, a variant of which is also used on the M1 Abrams. With the Challenger 3 upgrade, the tank will receive new modular armor. Although the details of this new armor are highly classified, the MoD is very confident in its protective capabilities. “Challenger 3 will lead NATO armoured forces with the highest levels of lethality and survivability on the battlefields of today and out to 2040,” they said in the Challenger 3 announcement.

The Challenger 3’s armor will also be layered with an active protection system. This system will recognize incoming threats and neutralize them before they even reach the tank’s armor. Moreover, the Challenger 3 will undergo electromagnetic testing as well. With the wide spectrum of threats on today’s sensor-saturated battlefield, Britain wants to make sure that the Challenger 3 is protected in every regard.

Other upgrades listed by the MoD include a more powerful engine, new day/night sights, digital integration with data sharing, and a modular turret. The tank’s turret will be able to fit on the tank chassis of allies and global partners. Like the upgrade to a smoothbore gun, this will improve the Challenger 3’s interoperability and exportability.

A military restructure announced in March 2021 calls for the Army to reduce its size to the smallest it has been since 1714. At the time of the announcement, the Army had 82,040 soldier and 227 Challenger 2 tanks. By 2025, the Army is expected to have just 72,500 soldiers and 148 upgraded Challenger 3 tanks. Despite the downsize, the Army will retain its lethality on the battlefield with the use of drones and new technologies like the Challenger 3. “This pioneering new technology allows us to deliver immense warfighting capabilities in battlespaces filled with a range of enemy threats,” said UK Secretary of State for Defence Ben Wallace. Britain aims to address future complex threats with a smaller, more adaptable, and readily deployable Army.