6 military developments from WW1 that made warfare more deadly 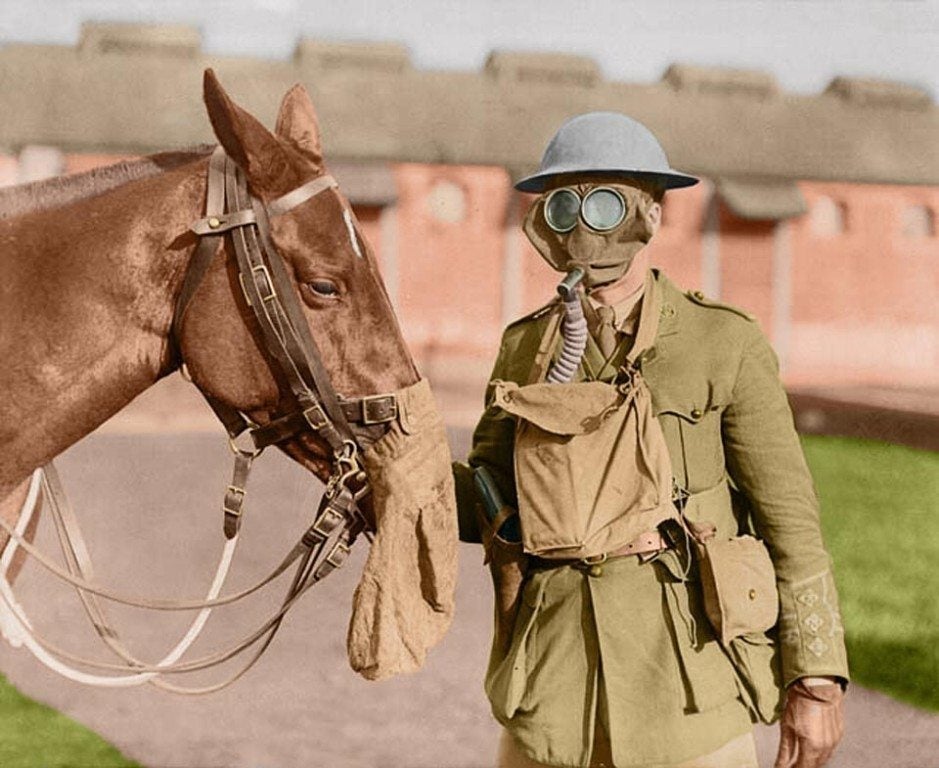 Sometimes the span of years can be summed up in one quote.

“One really clear way of understanding the shift in World War I in terms of technology is that soldiers rode in on horses and they left in airplanes,” military historian Dr. Libby H. O’Connell told the History Channel.

The fact is, World War I wasn’t just about turning out the instruments of death rapidly but instead, new death dealing technology evolved from the slogging stalemate of the trenches. Some of the technologies that helped end the war didn’t even exist when it started in 1914.

Here are some of the most notable developments.

In the early part of World War I, bombing attacks were carried out by dropping mortar rounds from planes. There were various ingenious methods being used to mount machine guns so they wouldn’t shoot off a propeller.

By the end of that war, though, the interrupter gear had been perfected, making the fighter a dominant part of aviation. From the ad hoc arrangement of dropping mortar rounds, large, multi-engine bombers delivered massive payloads on target. The aircraft was a proven weapon of war by the end of World War I.

Viable submarine technology was in its infancy in World War I. The basics of the diesel-electric boat were worked out, though, and in 1914, an obsolete submarine, the U-9, sent a message by sinking three British armored cruisers in about an hour. That submarine displaced about 600 tons, had four torpedo tubes and eight torpedoes. By the end of the war, German submarines displaced 1,000 tons, had six torpedo tubes and 16 torpedoes.

Hand-cranked Gatling guns had emerged during the American Civil War, but they were still very clumsy affairs. It was Hiram Maxim, though, who came up with the design that would turn the battlefields of World War I into a charnel house. The frontal charges, like Joshua L. Chamberlain’s at Little Round Top, became more about death than glory.

With the rise of the machine gun, troops needed a way to punch through defensive lines. Ideas for the tank had been kicked around, but short-sightedness meant practical designs didn’t arrive on the battlefield until the Battle of the Somme in 1916. By 1918, both sides had tanks, even though Germany’s inventory was very limited.

Another idea to break the deadlock of the trenches was the use of poison gas.  While it was effective early on, eventually gas masks were developed to protect troops from toxins. Chemical weapons remain a threat on the battlefield today, with sarin gas recently being used during the Syrian Civil War.

However, unexploded World War I chemical munitions also remain a threat across France and Belgium, according to a 2015 Daily Mail article on the Battle of Verdun.

The howitzer came about because the artillery of previous eras, mostly focused on providing direct fire, proved inadequate against troops dug into the trenches. The howitzer came into its own in World War I and was able to provide the long range of cannons with a trajectory able to drop the shell in on enemy troops like a mortar. Today, most artillery pieces used by military forces are howitzers.

So, with that in mind, take a look at the HISTORY video below to learn more about the deadly military technology of World War I.