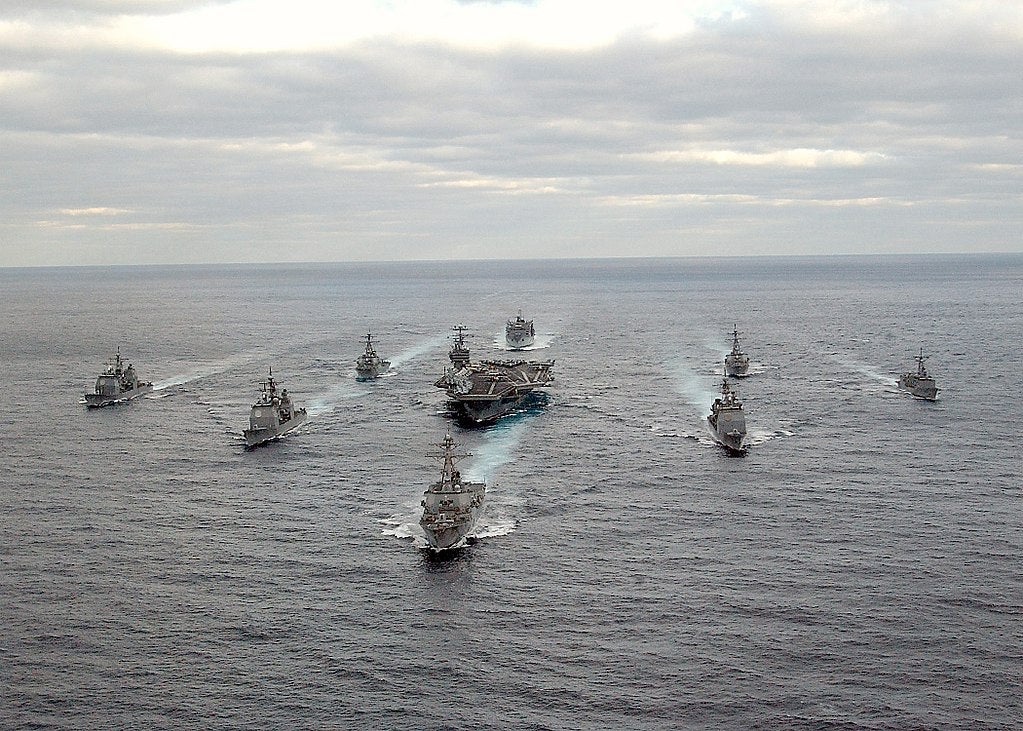 There are many differences between the US military and the People’s Liberation Army of China. These differences go well beyond uniforms, training, and traditions. The biggest difference is in how these two countries plan and fight their wars.

One of the biggest obstacles the United States may have to overcome in a conflict with the People’s Republic of China would be the Chinese Medium Range Ballistic Anti-Ship Missile – also known as the “carrier killer” missile.

The idea is simple: the Dong Feng 21 (DF-21) is a two-stage, solid-fuel rocket carrying a single-warhead. It can carry both nuclear and conventional warheads, but whether or not it’s carrying a nuclear payload isn’t what’s most important to the U.S. military. Its strategic mission matters most of all.

It’s a ballistic missile designed to destroy one of the United States Navy’s aircraft carriers in a single strike, if it works as designed (it’s never been tested in actual combat). That means in a blink of an eye, the missile could (conceivably) down the USS Gerald R. Ford in one punch. Suddenly, 6,000 sailors might be on their way to the bottom of the ocean – and the U.S. Navy has no defense against it (that we know of).

Planners at the Department of Defense have a lot of weapons for specific uses at their disposal. If they believed a special weapon was needed, they would likely conceive of a weapon and contract someone to design and build it for that purpose. As of 2020, there are roughly 44 aircraft carriers in service around the world.

The United States has 20 of those carriers. 10 of those carriers are nuclear-powered catapult takeoff Nimitz-class carriers, one is the USS Gerald R. Ford, and the other nine are amphibious assault ships carrying attack helicopters, Marine fighters, and more. With only 22 other carriers in the world, all of them outclassed by the U.S. fleet and its fleet of F-35 Lightning II fighters, there’s not really a need for any kind of “carrier killer” missile.

Conversely, it makes sense for the PLA to have such a weapon. In the event of a great power conflict with the United States, the U.S. Navy would undoubtedly project power into the Pacific Ocean to strike targets inside China. Even if the DF-21 missiles work exactly as planned (and there’s no guarantee they will), there will still be instances of missed targets and premature losses.

At the very least, China would need to have multiple missile launchers and more DF-21 missiles available, considering the DF-21 sites and launcher vehicles would be very high on the United States’ target wishlist.

As of now, the only real defense against the DF-21 “carrier killer” is electronic warfare and early warning systems. The U.S. Navy will need as much time as possible to move away from the DF-21’s target coordinates. The Navy als obegan testing and deploying the SM-6 anti-ballistic missile targeting system, which conceivably can target and destroy missiles as they re-enter Earth’s atmosphere.

Some believe that China’s Dong Feng 21 missile has made aircraft carriers obsolete, but American military experts believe that the best damage they could do is hinder the carrier’s ability to launch aircraft. The U.S. also believes that finding a carrier strike group would be much too difficult for the PLA Navy, and if they were spotted, the spotter could be destroyed before reporting the find back to base.