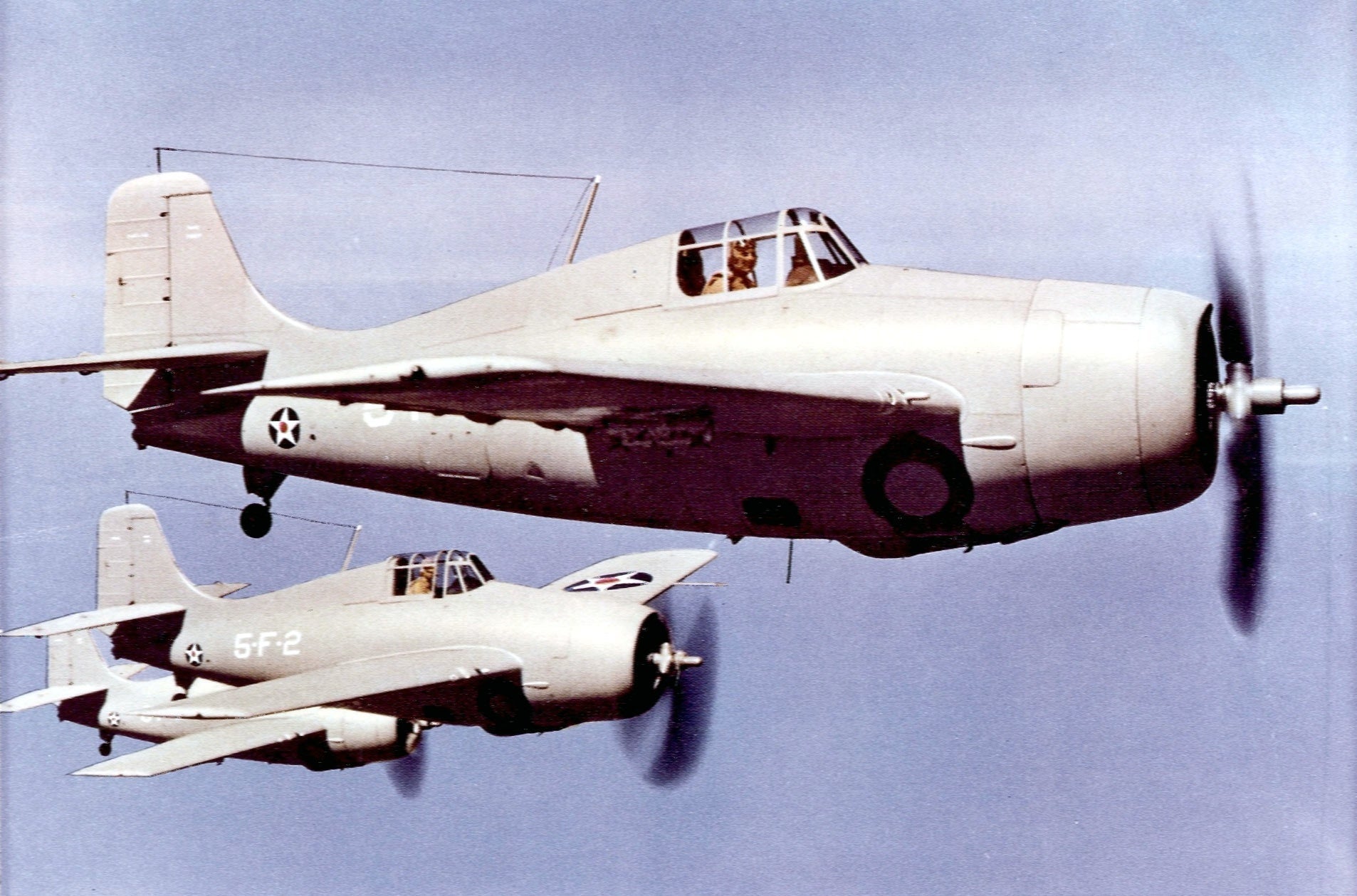 The Battle of the Coral Sea was a game-changer in terms of naval battles. Not only did it mark the first time the Allies turned the Japanese back during World War II, it was the first time ships fought without sighting each other. That means the primary weapons weren’t guns, as they had been for centuries — they were planes.

At that point in World War II, the air groups on fleet carriers usually consisted of three types of planes: fighters, dive-bombers, and torpedo planes. We’ll look at the aircraft that did most of the fighting.

The Grumman F4F Wildcat walked a long road in becoming one of the most successful naval fighters of all time. At first, the US Navy didn’t even want the plane, opting instead to field the Brewster F2A Buffalo. By the time the war started, however, the Wildcat won out. The F4F-3 that fought at the Coral Sea packed four .50-caliber machine guns. 20 F4F-3 s were on USS Yorktown (CV 5), and 22 were on USS Lexington (CV 2).

This was Japan’s best fighter in World War II. In China, it racked up a huge kill count and went on to dominate against British, Dutch, and even American fighters over the first six months of World War II. It packed a pair of 7.7mm machine guns and two 20mm cannons. The Japanese fleet carriers Shokaku and Zuikaku each had 21 Zekes on board, and the light carrier Shoho added 12 more.

This plane became America’s most lethal ship-killer in World War II —and it did so using 1,000-pound bombs. The plane also packed two .50-caliber machine guns in the nose and a twin .30-caliber machine gun mount used by the radioman. That combination proved lethal to a number of Zekes. USS Yorktown had 38 on board, USS Lexington had 36.

Japan’s primary dive bomber was only capable of carrying a 550-pound bomb, which left it unable to land a killing blow. Even after suffering repeated strikes, a target could still float, lingering. Still, it was capable of doing damage. Shokaku had 20 Vals on board, Zuikaku had 21 at the start of the battle.

The Douglas TBD Devastator is best known as the plane that was decimated at Midway. It could carry a single Mk 13 torpedo, but also was able to be used as a level bomber. It had a single .30-caliber machine gun in the nose, and was built for a single .30-caliber machine gun to be used by a rear gunner, who doubled as the radioman. USS Lexington had 12 planes on board, USS Yorktown had 13.

This was the plane that a Japanese carrier used as its ship killer. It carried a crew of three and could carry a torpedo or be used as a level bomber. Unlike the Devastator, the Kate’s mark in history can be listed in the ships it sank: USS Arizona (with a level bomb), USS Oklahoma (with torpedoes), and USS Lexington (torpedoes) were three of the most notable prior to the Battle of Midway. It had a single 7.7mm machine gun used by the radioman and some additional guns in the wings. Shokaku and Zuikaku each had 21 of these planes on board, and Shoho added nine more.