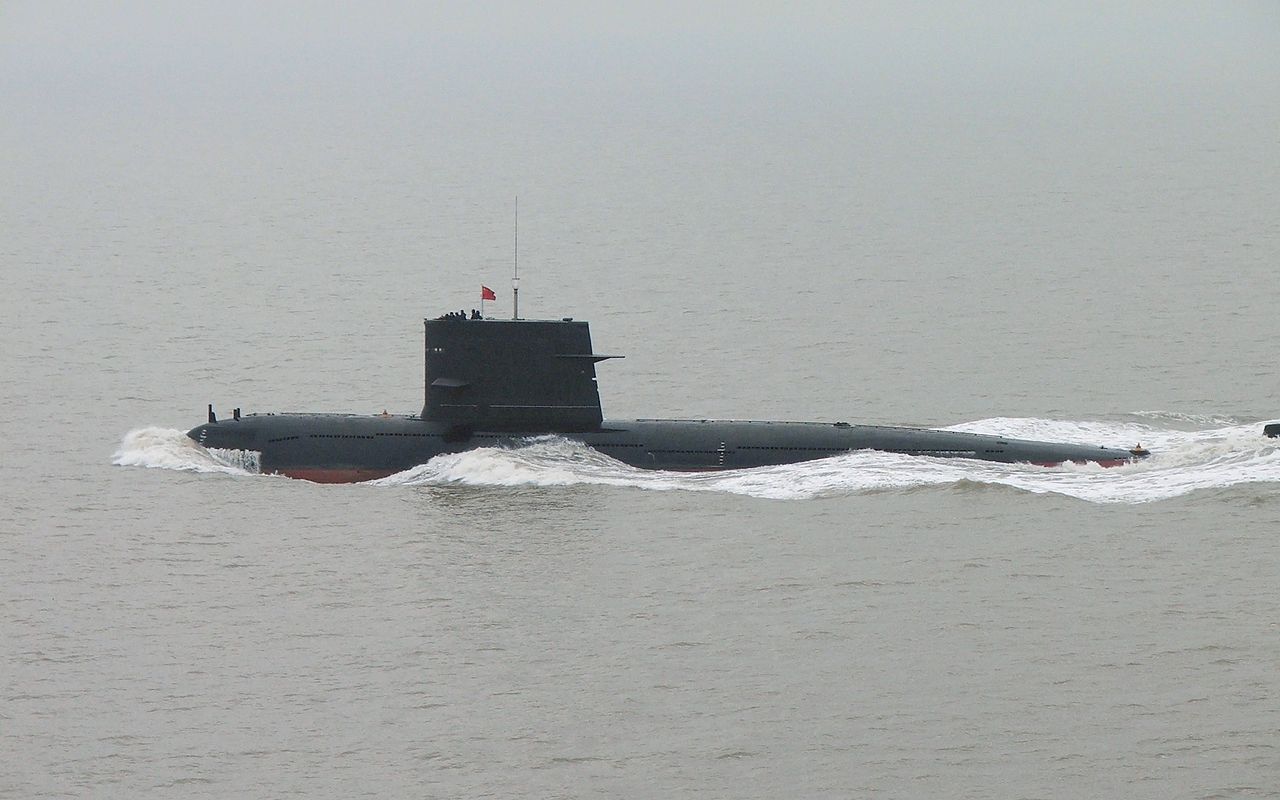 There’s a lot about the Song-class Chinese submarine that’s special. It was the first submarine developed entirely by the People’s Republic of China and the first to use the modern teardrop hull shape. It’s also the only Chinese submarine ever to pop up in the middle of an American aircraft carrier group.

In November of 2006, one of China’s Song-class diesel electric submarines surfaced just five miles away from the USS Kitty Hawk off the coast of Okinawa. At the time, the carrier group was in a protective formation, using anti-submarine defenses and aircraft. The appearance of a Chinese submarine no doubt surprised everyone in the fleet.

The surprise was not just because the submarine surfaced so close to the Kitty Hawk. No one knows exactly how long the submarine had been there, how long it had tailed the fleet, or even why it decided to pop up above the surface.

What the Navy did know is that their anti-submarine efforts had grown extremely lax in the wake of the end of the Cold War. If the submarine had been hostile to the United States, the damage it might have caused could have been on a scale the U.S. hasn’t seen since World War II.

Song-class submarines aren’t particularly special, but they do carry an armament of Russian-made homing torpedoes and cruise missiles designed to take down ships just like the ones escorting the Kitty Hawk that day in November 2006. The USS Kitty Hawk was first launched in 1961, so the extent of the damage it could do to the aircraft carrier is up for debate, but it would have done some kind of damage.

The saving grace for the US Navy is that the battle group wasn’t actively doing any kind of anti-submarine operation. The sudden appearance of a Chinese submarine might have been catastrophic to U.S.-Chinese relations, which were already strained at the time, but are ven more so today.

The Chinese claim to the South China Sea has caused Chinese aggression in the region to amp up exponentially in the past few years. China has also ramped up its homegrown ship building since 2006, including the construction of an aircraft carrier, its first-ever domestically produced carrier, and the beginning of its second.

China has also built up its military presence to support its claim to the Spratly Islands and the Paracel islands, even increasing their size and installing military units on them to support their claims to them.

The Spratleys are the biggest point of concern. The islands are also claimed by Malaysia, Brunei, the Philippines, and Vietnam. They sit in the middle of the South China Sea and would extend China’s territorial waters to cover most of the waterway, which is also a major shipping lane.

The U.S. Navy regularly conducts freedom of navigation cruises in the area to maintain the islands’ disputed status. This regularly means U.S. military forces are staring down Chinese military forces for long periods of time. As tensions mount, the area becomes an overwhelming powderkeg for potential conflicts.

As time goes on, events like the sudden appearance of a Chinese submarine in the middle of a carrier battle group could be a spark that turns an already tense situation into a full-scale war.