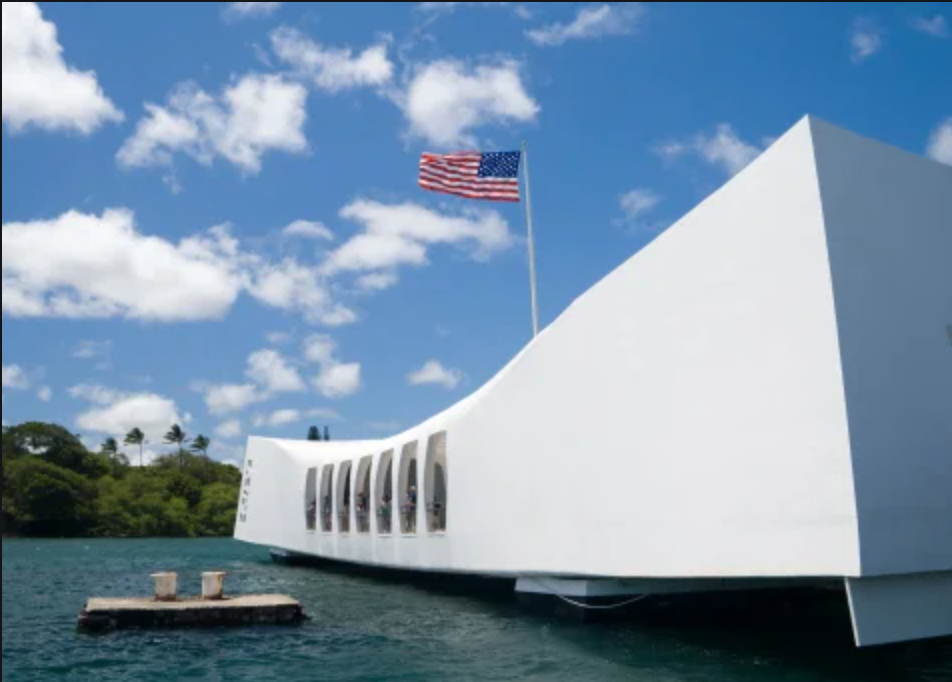 Scott Burch has been Acting Superintendent of Pearl Harbor National Memorial since August, 2020. In this role, Burch oversees the stewardship of the U.S.S. Arizona Memorial and other historic resources associated with the history of World War II in the Pacific from the events leading to the December 7, 1941 attack on Oah’u, to peace and reconciliation.

Before arriving at Pearl Harbor National Memorial Burch had been serving as the Superintendent of the National Park of American Samoa since 2015, where he led a diverse staff of 50. Previously, he served at Crater Lake National Park in Oregon and at Denali National Park and Preserve in Alaska. Some projects and programs he has worked on in parks include expansion of the visitor center and drawing indigenous villages together on conservation issues in American Samoa and working with local tribes on water rights in the American West. He has spent much of his life working to improve diversity and including as many voices as possible on a wide variety of issues.

WATM: Thank you for taking the time to speak with us today. As we approach this national day of remembrance for the lives lost during the second world war, tourists are wondering if you’re open on the anniversary and if so, what precautions is the museum taking against the pandemic?

Thank you for having me today, we are open on the anniversary. It’s going to be a little different this year and most of that is based on the pandemic. We’re delaying our opening time to allow for the safety of our veterans that we will be hosting on the morning of December 7th. Our plan is to have a virtual event that will be live streamed.

It will be very much like the usual ceremony with a ship passing in review, we’ll have a missing man fly over, echo taps, and great speakers. The only people on site will be the speakers themselves as they’re being filmed and live streamed on our social media page. We’re not even going to invite the veterans this year because of concern of that high-risk population. So, what we’ve offered them is the opportunity to take their families out on the memorial that morning on their own personal tour of the memorial.

Five of them have taken us up on that offer. So, we’ll run one group at a time to keep them separate and then once we’re finished with that, we plan on opening the park itself to the public at about 1230. =

WATM: Safeguarding our nation’s history is an immense privilege and commitment. When did you realize your passion for the Pearl Harbor National Memorial needed to be turned into action?

For me personally, the Arizona memorial has been important to me my entire life. I grew up here just up the hill. My first experience in life is the shrine room in the memorial. So this place has a very special place in my heart. As I’ve gone down the path of life, I feel lucky that it has led me back here to home, where I literally feel like I belong.

I’ve known that my passion needed action from my very first days and my very first memories. It was just a matter of time to be able to finally come back and give back what it has given me my whole life.

WATM: What is something about the history of the battle that most people don’t know?

I’m glad you’ve asked that question, Ruddy. Our real focus for our ceremony and the events we’re having is to try to share a very diverse story about what we serve and protect — to include as many stories as we can. One of the interesting things that I think is not well known, the attack on December 7th, 1941 which is very well known and changed the world forever after World War II, one of the sad stories is that that battle lead a series of events that lead to the mass incarceration of over 120,000 Japanese in the United States. Including over 2,000 in Hawaii based solely on their race.

As wisemen say ‘if you don’t learn from history, you’re likely going to make the same mistakes again.’

I think it is a better place because we’ve learned from things like that. I think it’s important to share and celebrate our success in coming so far from those things. Not only as a nation with our world international relations but as humans.

WATM: Americans love to conserve the heritage that has shaped our way of life. How can people who cannot travel to Hawaii support the mission of the Pearl Harbor National Memorial?

There are the usual ways to learn about this place: our website, social media, and lots of ways to engage even though you cannot get to Hawaii. This weekend, starting tomorrow, is a real special opportunity.

We have a virtual program called Beyond Pearl Harbor: Untold Stories of WWII.

There are three components to the programs – Live sessions, film festival, and education videos. They all can be found on this website: www.pacifichistoricparks.org/virtualprograms

When I arrived in this job one big personal goal, I had was to make Pearl Harbor National Memorial more relevant to more people. This program is part of that work. On one level its designed to be a jump start to our virtual Dec 7th event, but it has developed a life of its own. Pacific Historic Parks is hosting it on their website and have been instrumental in helping us work on the new messages we hope to share this year.