MIGHTY 25: Meet Chris Kaag, a Marine veteran instilling hope in the face of great adversity - We Are The Mighty 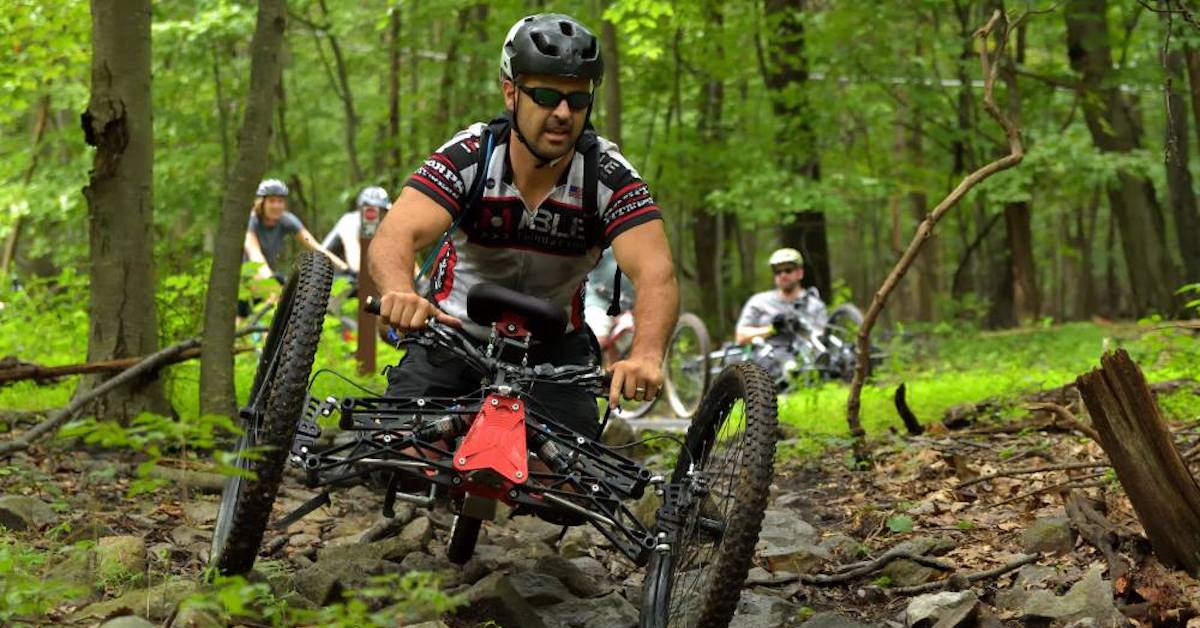 Chris Kaag is a second generation Marine veteran who, when faced with unfathomable adversity, refused to let it stop him. He’s spent almost 20 years trying to instill that same never-quit attitude in others, too.

Kaag describes himself as a lazy kid, but the military completely changed that. “Three months in boot camp totally changed my entire perspective on life and what I was able to accomplish. I never quit on anything,” he explained. He gives credit to his drill instructor, who wouldn’t let him. “We were on a four mile run at the end of boot camp and I was about to drop out when he yelled, ‘Don’t quit on me Kaag!’ It’s because of him that I didn’t stop. As I started to have issues later on in my life, that day was a defining moment for me.”

At 21 years old, Kaag found himself enjoying life and happily stationed overseas in Italy when everything changed. While out on a run, he noticed a drag in his feet. Doctors initially thought he had a tumor on his spine and immediately sent him stateside. “They sent me back to the states where I spent nine weeks at Walter Reed Hospital in DC. I was diagnosed with Adrenomyeloneuropathy, ” he shared.

The spinal cord disease is genetic, and unfortunately Kaag and his two younger brothers inherited the gene from their mother. “I sustained a head injury in the Marine Corps that they linked to my early onset of the disease. I wanted to be a Marine ever since I was seven years old, but unfortunately my Marine Corps career was done,” Kaag said.

He headed home to Pennsylvania to work things out, refusing to let his tight-knit family see how much this life change was impacting him. “The Marine Corps instilled that improvise, adapt, overcome – they don’t like excuses too much, so I basically figured it out. Everyone has their own challenges and crosses to bear and you can see mine now. But everyone can figure things out and live a fulfilling life,” Kaag shared. As the disease progressed, Kaag went from using a cane, to two canes, to having to use a wheelchair within just five years of his diagnosis with the disease.

Despite the overwhelming challenges and change, Kaag was motivated to be an example to others going through similar situations. “That’s the cool thing about veterans, we don’t lay down and give up,” he said. Kaag attended Penn State University, earning a degree in business but had difficulty finding employment.

So, he decided to hire himself. “I started Corps Fitness out of the back of my truck. I didn’t get to become a drill instructor, but now I had a chance to motivate and inspire civilians to get out there and do more than they thought they could,” Kaag said. Although meaningful, he wanted to do even more. In 2007, he founded IM ABLE.

Time spent in a Baltimore children’s hospital years before inspired the foundation. “I would see kids on breathing and feeding tubes in chairs and not able to do a lot of things. That made a huge impact on me. I wanted to provide these kids with a ‘normal’ childhood,” Kaag said. He shared a story of gifting a little boy with a hand operated bike, who was finally able to ride around with kids, completely transforming his life. Kaag had found purpose.

IM ABLE seeks to transform lives by removing obstacles for those diagnosed with physical, cognitive or behavioral challenges by being physically active and redefining what is possible.

“I’m trying to bring everyone on the same page. I want everyone to do the things they can do, but I also want people who are able-bodied to feel guilty as sh** that they are not doing as much as the guy in the wheelchair, riding around every day and working out,” Kaag admitted with a smile.

When asked if he would have responded to his diagnosis if he hadn’t become a Marine, he was quick to answer. “I really think the Marine Corps saved my life. It gave me that ability and that defining moment I needed. It comes to the point that you have to dig so deep in your soul to find out who you are and that’s what the Marine Corps did for me.” Kaag explained. “People look at me funny when I say this, but my diagnosis was the best thing that ever happened to me…I wouldn’t have been able to have had the impacts on people that I’ve had without it.”

Kaag felt compelled to bring that deep feeling of fulfillment to others. IM ABLE recently started Operation Lead From the Front, teaming up law enforcement and veterans with the youth the foundation serves. The results have been extraordinary.

Kaag shared a story about a Marine he knew who had been battling PTSD for four or five years. Kaag saw him at an event and invited him to come to one of his IM Fit classes. “I paired him with Robert, a youth with cerebral palsy using a walker. I told him, ‘It’s your responsibility to train him, get it done.’ I watched them for an hour; the connection was instantaneous,” Kaag recalled. Later that night he received a text message from that struggling Marine – the words were striking:

“That kid just saved my life.”

Kaag hopes that his story will challenge people to find their ability in the face of adversity. He also remains committed to reaching veterans, showing them a path to a purpose-filled life. Despite all the challenges Kaag has faced and overcome, his accomplishments and commitment to uplifting others is awe inspiring. And he’s just getting started.

To learn more about IM ABLE and how you can support its incredible mission, click here.