Channing Tatum and Reid Carolin give military a voice through film

MIGHTY 25: Channing Tatum and Reid Carolin give military a voice through the big screen 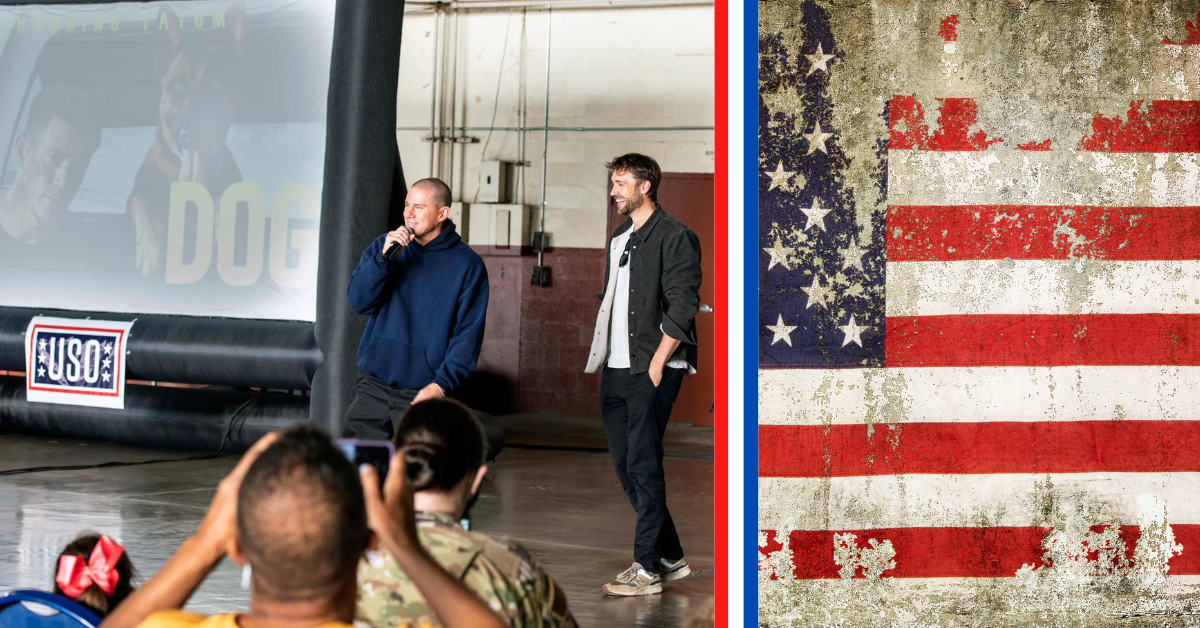 Longtime partners Channing Tatum and Reid Carolin have made their mark in Hollywood with creative producers rights on films like the Magic Mike franchise and White House Down. But it’s their commitment to giving a voice to the military community that landed them on the list.

In 2017 they were executive producers on a documentary film for HBO, War Dog: A Soldier’s Best Friend. The film tells the stories of three men who’d connected deeply with their working dogs while deployed overseas. In an interview with CNN, Tatum talked about the passion behind the movie.

“I’m a person that has to talk about my life and share my life all the time with people,” Tatum said. “I just can’t imagine what it’s like for these guys who experience these things and are not only not used to talking about it, but they’re not supposed to talk about it.”

Carolin echoed the sentiment in the same CNN interview.

“You don’t imagine them as these soft, puppy-dog lovable open emotional people who can break your hearts, but the dogs bring this out in these guys,” he added. “They bring out the sides of them that are super vulnerable and really connect us to these people who are serving on our behalf.”

In 2022, the duo came together for the release of the critically acclaimed movie, DOG. The story stars Tatum as the lead character, Briggs, a veteran Army ranger trying to get into contracting work despite his TBI. His former supervisor offers to write the recommendation if Briggs will bring a former working dog for the Rangers to her fallen handler’s funeral.

When the film premiered in February of 2022, the men made some visits to military bases in partnership with the USO to promote it. In numerous interviews, they both expressed being overwhelmed with the response.

The film had roots in their personal lives.

Both Tatum and Carolin were experiencing grief with their own dogs diagnosed with cancer at the same time. They wanted to do a movie about the power of the relationship between canine and human. Thinking back to the documentary with HBO, they had an idea.

In an interview with MediaMaker, Caolin goes into the why behind pursuing this movie. “I think we used to see a lot more veteran stories because everybody either had served because of drafts,” he said. “As society and the military became a volunteer army, we saw most people in certain circles of our culture become more and more distant from those who had served. So it’s like, you sort of play the Six Degrees of Kevin Bacon game with veterans… for me, it wasn’t about changing a narrative or anything. It was about just saying these are real experiences of people who are still doing this, and whether or not you’re connected to them or you know somebody like them, it’s important to try to empathize with those experiences and for us to try to render them as authentically as we possibly can.”

DOG was the first time Tatum and Carolin got their feet wet on directing a film. The road trip of Briggs and the working dog, Lulu, brought laughter, tears and a face to the very real impact war has on America’s veterans. With 1 percent of the country volunteering to wear the uniform of service, the civilian understanding of the struggles of the military community is dissipating.

It was something both were committed to tackling.

Dogs were introduced to the military in 1942 when the Army instated the K9 Corps. Since then, canines have been an integral part of service to this country and its allies. Today, the Department of Defense acquires its working dogs from breeders across the world. From protection to finding bombs, targets and much more – the military is indebted to its furry warriors.

Through projects like the ones Tatum and Carolin have been a part of – a deeper and brighter light shines on the military community. It’s what makes them MIGHTY.