MIGHTY 25: From explosives to entrepreneur, Mike Slagh is helping vets get into tech - We Are The Mighty

MIGHTY 25: From explosives to entrepreneur, Mike Slagh is helping vets get into tech 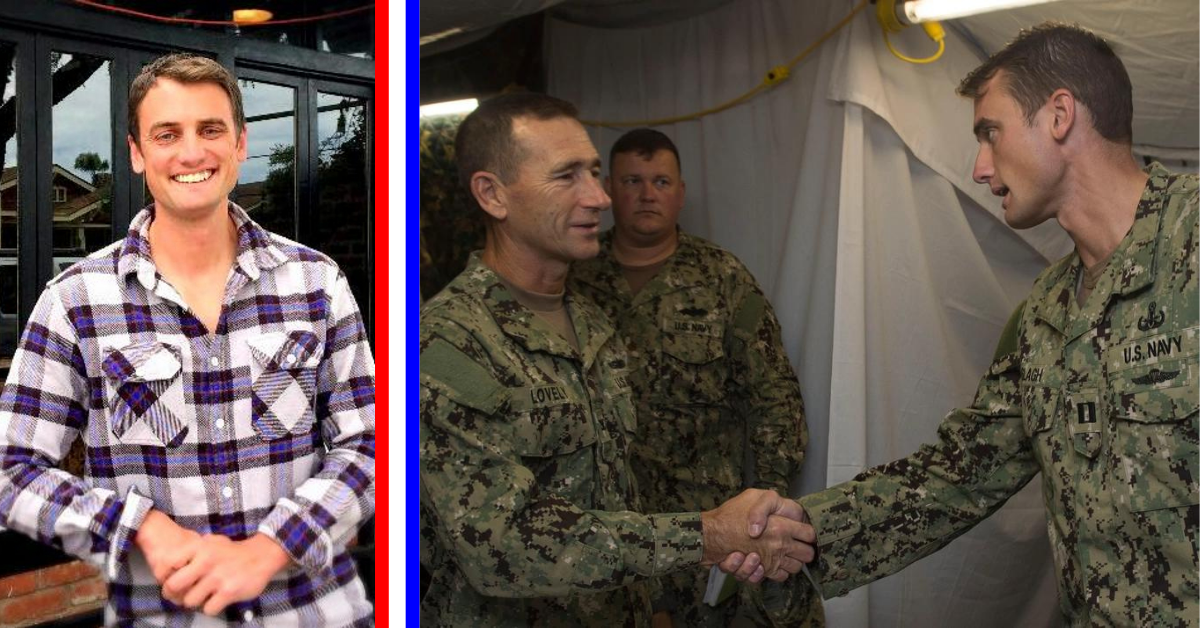 Mike Slagh used to take bombs apart for the Navy as an Explosives Ordnance Disposal officer but these days he’s using his skills to help transitioning veterans. He’s also changing the world of technology and bringing the military community in on the process.

But before he was doing all that, he was an entrepreneur. “My grandma ran a store for 50 years in Lansing, Michigan. I grew up behind the cash register,” Slagh laughed. “I always sort of looked up to my grandma, who really was a trailblazer within her generation.”

When the family business started to fail as all brick and mortar stores took a beating from online giants, the high schooler refused to give up. “I ended up selling almost all of the inventory on eBay and became a power seller when I was 15 years old,” he explained.

The terrorist attacks against America in 2001 would seal his future. “Like many, many other folks of my generation, the day I decided to serve was on 9/11,” Slagh said. He was accepted into the Naval Academy and even did a stint at West Point.

Working with bombs was never on his radar, though. “When I got to go to Army Airborne school, I was embedded with a platoon of Navy EOD technicians,” he said. “I saw a lot of myself in these folks who were extremely creative, who didn’t feel like there was always one rigid answer to every problem. So long as you could explain your thinking and you got to the right answer, they respected you for that. I also wanted to be part of a community that really had to continuously be on the ball and was so focused on problem solving.”

Though Slagh got what he wished for, there was a lot of hardship. “I had to grow and it was very, very painful. But I loved every day as a Platoon leader for a company or working as a command operations officer for members of this community,” he said.

He’d leave the Navy after five years of active duty service as a captain to go into the tech industry. But not long after, Slagh found himself looking for more.

“Some of the experiences within the military were so intense,” he explained. “You come face to face with your feelings of, it could have been me. It could have been my wife that my friends are holding in their arms. When you go through that, you decide to give your time to things that really matter.”

In 2016 he founded Shift, an organization dedicated to transitioning service members. Slagh became visibly emotional when explaining why he had to leave San Diego for San Francisco to start it, too.

“I just couldn’t look at the Coronado Bridge anymore. I had to be a different person,” he explained.

But his absence didn’t last too long.

“The same thing that was pushing me away from San Diego, was pulling me back. I feel very whole and complete right now,” Slagh added. “The military gave me way more than I could ever get back to it. It was also this perspective of how I won’t live in a world where service members don’t have access to modern technology tools.”

Not only that, but Slagh is very vocal about avoiding the pitfalls of remaining stagnant. ​​”We want to live in a world someday that when you transition across industry, it should actually advance your career. But we live in a world where it holds you back,” he explained. “The world is accelerating so rapidly that every industry is going to look like a new industry five years from now.”

He also spends time educating the Department of Defense while pushing to get veterans inside technology space.

​​”We’ve created cross-industry immersion programs for the Department of Defense in order to bring together the DoD with the current state of emerging technology. In doing that, we’ve built the most significant bridge between them and the Venture Capital ecosystem,” Slagh explained. “So we embed active duty members. Now 90+ venture capital-backed technology startups or venture capital firms have fellowship programs for veterans. We also work with private sector companies that are looking to either start or grow their veteran hiring initiatives and we operate a labor market place for top military talent to get great visibility on their story.”

Aside from increasing the presence of veterans in tech or supporting transitions, at the heart of it all is the desire for diversity, too.

So, what would surprise the world about this former EOD officer turned entrepreneur, CEO and vocal veteran advocate? He’s uber-focused on the future and trying to work faster to be ready for what it will mean for the world. And the military community.

“I am obsessed with what the future is going to look like,” Slagh said. “It feels like we’re getting back to our roots right now. We went through this time where communities existed to benefit or to enrich the ‘firm.’ And now I think communities are moving to a place where they exist to enrich the community again.” He also fundamentally feels the veteran and military community has the power to influence and change things, for the better.

To learn more about Shift and what they offer for transitioning veterans, click here.