3 billets in every infantry battalion you didn’t know existed 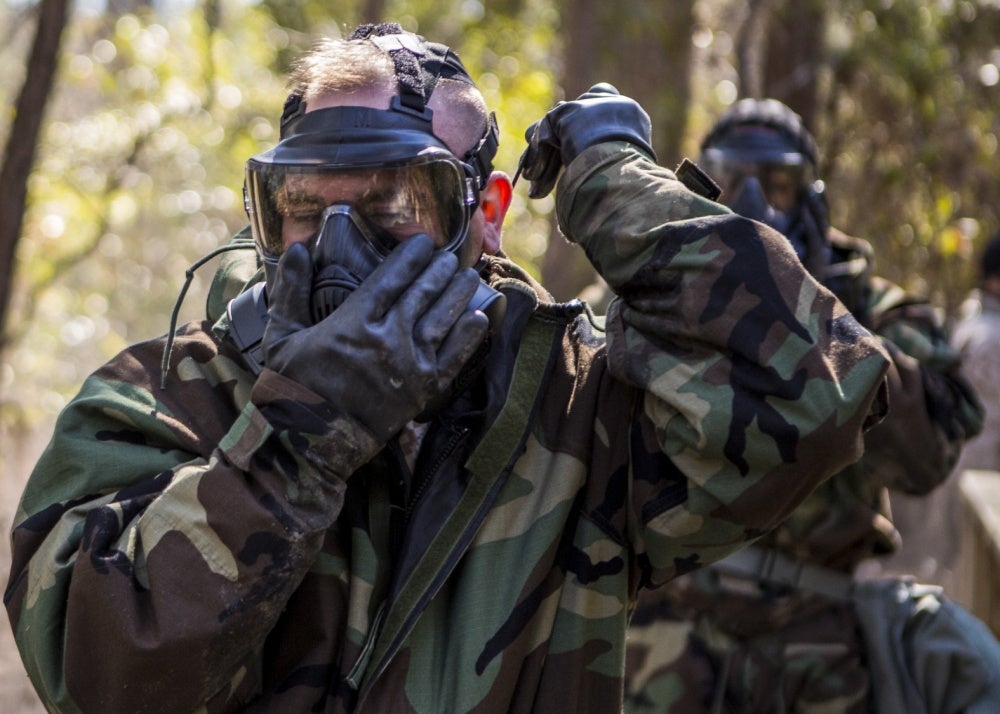 Hidden in the arcane halls of the command deck there are three billets few Marine infantrymen interact with. Every infantry battalion has specialists attached to them to ensure training is conducted as expected by high command. These gentlemen of warfare cut through bureaucracy. They ensure the lance corporal kicking down doors is as lethal as possible. Yet most enlisted in the line companies do not know they exist.

The Marine Gunner is a Chief Warrant Officer specifically trained in the employment and training of infantry battalion organic weapons, gear and assigned personnel, and in the Combat Marksmanship continuum. Marine Gunners are special staff officers employed as the principal advisor to commanders at all levels. They assist in the development of training and employment plans designed to ensure Mission Essential Task compliance. They help design and vet the weaponeering and training policies of the commander and help to disseminate information to the unit’s personnel regarding such policies.

The Gunner is responsible for reports and feedback from the Fleet Marine Force directly to Systems Command. They know everything about every single weapon system. The amount of knowledge they have is incredible. Therefore, this is why when the battalion commander goes to them when he has a question about weapons. Additionally, the Gunner is the only person a lance corporal can walk up to and give his opinion on equipment and request new or replacement gear for the battalion. If you think the rifles in the armory have lived past their use – this is the person to talk to. It sounds too good to be true but it happened in 2nd battalion 6th Marines. The Non commissioned officers in the line companies complained that the M16A4s they had were pieces of sh*t and the Gunner ordered brand new M4s.

Marines will put up with a lot but we draw the line with garbage weapons. When you receive new gear, this officer wants to hear the good, the bad, and ugly. They stood where you stood as prior enlisted, they won’t give you a hard time because gathering that information is literally why they exist.

Essentially, the Adjutant is the subject matter expert of everything Admin. They are the colonel’s administrative right hand, normally holding the rank of captain or major at the battalion level. They’re also the officer in charge of the S-1 shop. An Adjutant isn’t as approachable as a Gunner but they’re still there to get the administrative mission done. As well as being an infinite source of knowledge, they can dispel myths about Marine Corps Orders (MCO) if you can catch one at the smoke pit.

CBRN Defense Officers function as supervisors, coordinators, technical advisers, and Special Staff Officers to the Commanding Officer for operational and technical functions associated with CBRN and supporting Combating Weapons of Mass Destruction (C-WMD) related issues within the command. CBRNDOs provide technical expertise pertaining to the management, procurement, and distribution of CBRN capabilities. They plan, coordinate, and supervise CBRN related training, and prepare plans, annexes, orders, and standard operating procedures relative to CBRN. CBRNDOs also advise commanders on the vulnerability of their own forces, and work with intelligence, plans and operations, and logistics communities in collecting, evaluating, and dissemination of information concerning enemy/ adversary CBRN capabilities, as well as other information relating to CBRN threats and hazards supporting C-WMD objectives.

Also known as Chi-wo (CWO) on the command deck. Every infantry battalion has a CBRN (Chemical, Biological, Radiological, Nuclear) attachment. Most infantrymen only encounter this Military Occupational Specialty when they have to do their annual gas mask training. This MOS is attached to the S-3 Operations section as their own island. That is, they have their own office or building, and they are part of the shop in name only. They have their own chain of command, albeit much smaller. It will consist of a junior enlisted, a non commissioned officer, and the warrant officer. At the battalion level they are usually ranked at CWO 3.

The reason infantry do not know these guys exist in the battalion is because they skate so hard it is awe inspiring. A Chi-wo is the batman of the battalion — he will disappear mid-sentence if given the chance. I do not know what they do with the other 364 days of the year and I’ve worked with them for at least two years. Without a doubt fighting crime.