5 terribly hilarious gifts to scuff up a basic trainee 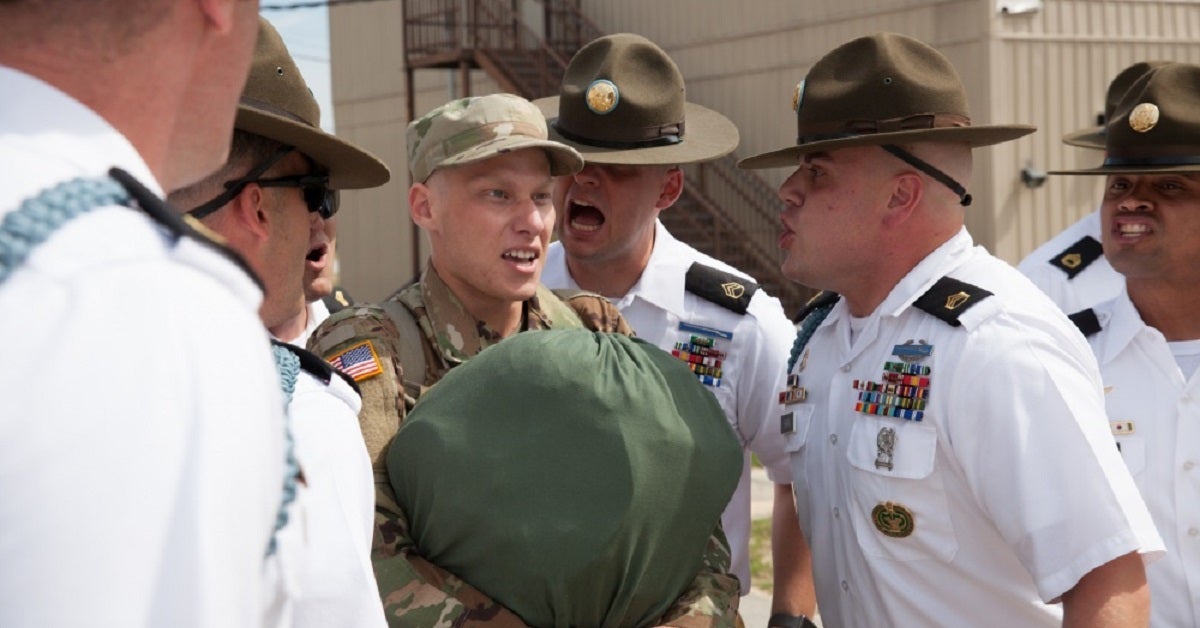 One of the great mysteries of the civilian world is the need for people to send care packages to new troops going through Basic Training or Boot Camp.

It’s not only counter-productive (the idea of isolated training is to transition a civilian into the military by specifically denying basic comforts and stimulating stressful environments such as combat), but it could also get them smoked — their Drill Sergeants or Instructors will go through every piece of mail.

Even if they are sent say, a stick of gum, their asses will be ridiculed and then sore from the insane amount of PT they’re about to do. If you really want to show that you love and care, wait until they’ve finished training and send it while they’re deployed.

1. Gear from another branch

Want to instill loyalty to the branch of service they enlisted in? Send a USMC t-shirt to the Army private. An Air Force hoodie to the Marine recruit.

Bonus points if they even joined the same branch as you. They’ll love their branch through Stockholm Syndrome.

Want to make sure their nickname in Basic is ‘Princess’? Send them a cheap Disney blanket from Wal-Mart.

Who knows? They might actually be forced to keep it instead of the Olive Drab green blanket for maximum hilarity.

Basically, if they aren’t issued something. They can’t have it.

Mess with them by sending a scarf and a hand written note saying “Stay warm! 3”

Quickest way to make sure they get their sweat stains the floor? Send them some homemade treats.

Oh. They won’t get to touch a single one. Drill Sergeant will more than likely eat them in front of their face and tell them how they tasted.

There’s an article on MarriedtotheArmy.com where they give actual, thoughtful, smoke-free care packages. In it, they have a story about a girl sending used panties, which were promptly displayed to embarrass the young soldier.

Same goes for sex toys. Just imagine the look on the Drill Sergeants face when they find that…

There are a million different ways to mess with someone going through Basic Training or Boot Camp. Please let us know your favorites in the comment section!