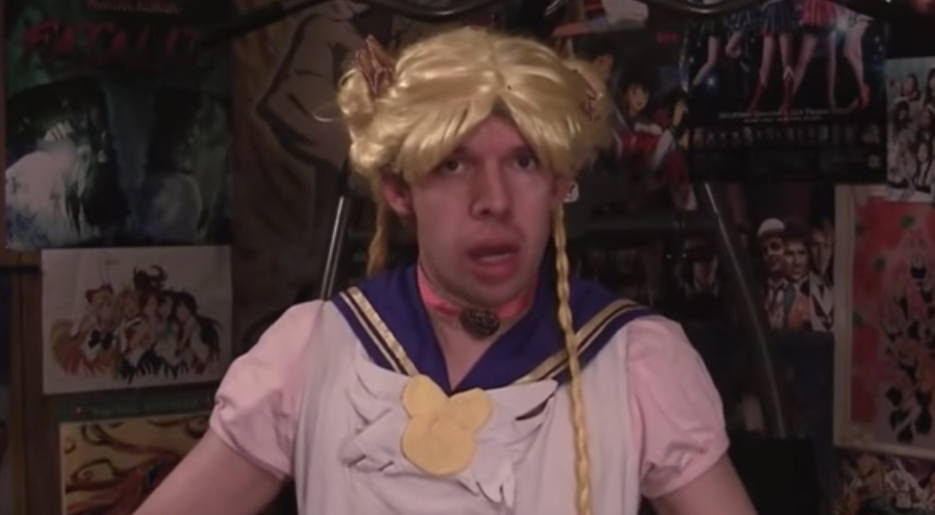 Anime is a genre of animation enjoyed on a global scale. Programs like the “Dragon Ball Z” and “Pokemon” franchises have had a viral influence on American culture. Although there is nothing inherently wrong with watching cartoons as an adult, some fans take it too far. I’m not talking about those cosplayers — there is a time and place for that (conventions are such places and the appropriate time).

What I’m talking about is the darker side of fandom. The raging trolls with body pillows and unironically animated girlfriends. They are unofficial experts on Japanese culture yet they’re wrong about the majority of it and have never actually been there. In the military, there is a lot of hurry up and wait. Platoons are at risk of exploring too far into the anime genre out of boredom. If troops aren’t careful, weeaboos will reproduce at a staggering rate in tight quarters with no women. Anime fans are separate from weeaboos, because at least they’ve still retained their self-respect.

Subtle signs of a weeaboo

Weeaboo: A person who retains an unhealthy obsession with Japan and Japanese culture, typically ignoring or even shunning their own racial and cultural identity. Many weeaboos talk in butchered Japanese with the 8 or so words they know (i.e. kawaii, desu, ni chan). While weeaboos claim to love and support Japanese culture, counter intuitively, they tend to stereotype Japanese culture by how it appears in their favorite anime, which can be safely assumed to be offensive to the Japanese.

The weeaboo prefers cold dark places where it can troll online chat rooms in peace. They will only go out into the human world for sustenance or to bully children over the rules of Pokemon cards in a hobby store. While all of their living spaces have access to water, they use it to make ramen, not shower. An organized, clear room can prevent a weeaboo from becoming comfortable and spreading their mangas all over the floors. In extreme infestations, they will have hentai (don’t google that) posters taped to their wall lockers. If one day you knock on someone’s door to remind them they have duty and they open it wearing a Sailor Moon outfit, it is time to find that troop some treatment.

A weeaboo has started to take over the host body of a person when they start venturing into non-mainstream anime. Like their punk rock counterparts, they like things before they were cool. Gross. Regardless, you may find yourself slipping after watching several anime on Netflix and YouTube.

When they are not on Reddit saying derogatory things about women, they can be found grazing using chops sticks on inappropriate foods. They will be self-loathing about American culture, even though we’re the greatest country on the planet. Weeaboos will have katanas and other Japanese weapons not authorized on base. Ironically, they enjoy watching animated martial arts yet they’re also the first ones to lose in MCMAP (Marine Corps Martial Arts Program) grappling matches.

Weeaboo multiply through asexual reproduction – not by choice. Their defense mechanism of avoiding showers causes them to repel all interaction with the opposite sex. A weeaboo can sense a potential victim to introduce their favorite niche anime series by sound. Weeaboos can tell what season and episode you’re on just by the audio alone. If you watch “Death Note” or “Full Metal Alchemist” in public, be aware you are putting yourself at risk of unintentionally welcoming weeaboos to converse with you.

If you accidentally bond with a weeaboo talking about “Attack on Titan,” or worse, “Evangelion,” you may be exposed to more anime. When a weeaboo has successfully imprinted on you like a werewolf from Twilight, you will have a Crunchyroll account. Suddenly you will find yourself wearing a kimono with imported ramen noodles, complete with a body pillow that will bring shame to your family.

In lieu of attracting a real mate, they will order life-sized pillows that cannot give consent. When a weeaboo has successfully replicated itself, they will try to get others to join them, with a higher rate of success.

Do not shun the weeaboo because it may be misinterpreted as hazing. Alternatively, shut down any attempts to watch non-mainstream anime. You may indulge in Japanese cuisine, but shut down any embarrassing anime-speak from the weeaboo. This is different than actually knowing Japanese and trying out some language.

For example, our resident weeaboo studied more Japanese when we heard we were going to deploy to Japan. He thought he was an expert on the culture and language. Yet, when our colonel announced to the battalion the Okinawans speak a different dialect than the mainland, you could practically see the anime crying on all the weeaboos faces.

The best prevention of weeaboos multiplying in your ranks is to make things unbearable for them by maintaining military discipline. Continue to keep living quarter standards in room inspections and enforce grooming standards. If you find yourself liking anime, for the love of General Mattis, don’t show up to formation out of regs dressed like a cartoon character.