Navy intelligence once launched an investigation to find Bill the Goat 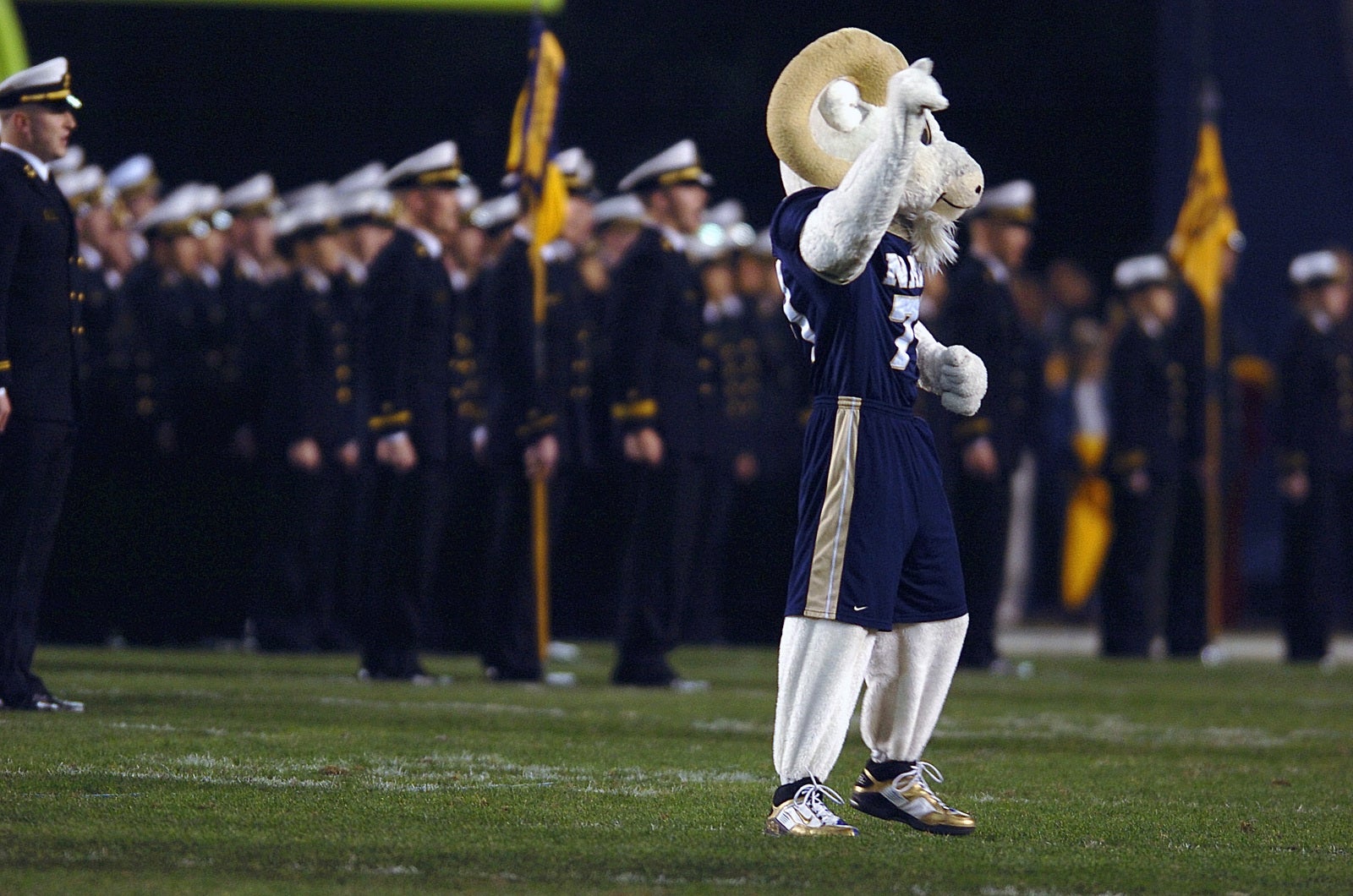 The US Naval Academy (USNA) Midshipmen mascot, Bill the Goat, waves to the fans in the Poinsettia Bowl, during the pre-game show.

Bill the Goat is one of college football’s most-loved mascots. For more than 100 years, a version of Bill has been on the sidelines to support the Midshipmen from the United States Naval Academy as they have literally tackled big time opponents like Army, Air Force and more.

Somewhere along the way, vicious fans of opposing teams, especially service academy teams, decided their chances of winning would be better if Bill the Goat wasn’t there, or if the opposing team was worried about where Bill might be held hostage. This of course led to a series of goat kidnappings.

College football rivalry isn’t what it once was, but nowhere was rivalry better and more entertaining than between service academies. There’s something about the combination of youth, guts and billions of dollars of military training, hardware and vehicles that takes rivalry to a whole new level.

The best of all college rivalry pranks has to be mascot theft. The more intricate and complex, the better. While there have been some epic mascot thefts in college football history, only the service academy thefts ever required intervention from the President of the United States.

The Naval Academy’s mascot, Bill the Goat, is by far the most popular target for a heist. Since the three major service academies signed an agreement against mascot theft in 1995, Bill the Goat has been stolen at least three times, once ending up outside the Pentagon.

Goatnapping missions from the United States Military Academy at West Point are the stuff of legend, with the first documented instance occurring in 1953 using an inside man and a boat. A “prisoner,” a West Pointer studying at the Naval Academy, let three cadets onto the ground at Annapolis who sailed the goat to West Point.

That theft was ended with an order from President Eisenhower himself. Seven years later, it was the Air Force Academy who did the goat grab all the way from Colorado.

In 1960, a full month before the Air Force-Navy Game, three Air Force cadets infiltrated the grounds at the Naval Academy and took Bill. He was flown to the Air Force Academy in the bomb bay of a B-26 Marauder.

In response, the Navy allegedly used its intelligence assets to track the movements of Bill the Goat aboard the Air Force bomber, eventually tracing him to a farm in Colorado. When the Superintendent, Maj. Gen. William S. Stone found out, he brow beat his cadets into returning the goat to Annapolis.

Ten years later, Midshipmen were able to get the goat of the Air Force Cadets during the Navy-Air Force game of 1970. The game was held at Washington, DC’s RFK Stadium and before the game started, a long motorcade flying Air Force General flags drove onto the field on the Air Force side. The Air Force cadets stood at attention for their general, as did the Midshipmen.

When the door opened, out came Bill the Goat, along with two Mids dressed as cadets.

These days, Navy has increased the security around its mascot, as everyone from the service academies to other Maryland universities has made an attempt at goatnapping. Bill the Goat’s location is a closely-guarded secret, as is the security around him.