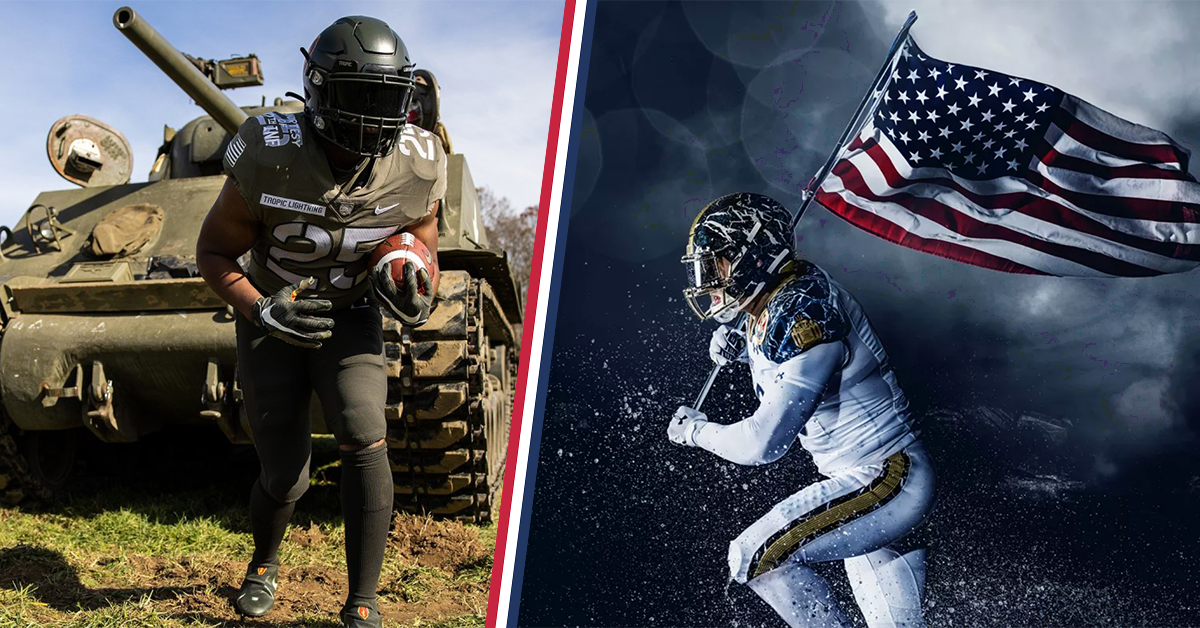 In the 121st iteration of their rivalry, the Black Knights will face off against the midshipmen next Saturday in the Army/Navy game brought to us by the great folks at USAA. The game marks the end of the regular college football season and is expected to be one of the year’s best. This year’s game will be played at Michie Stadium in West Point, New York. West Point isn’t an unusual location since most Army-Navy games are played in the northwest region of the country. The only two exceptions of the entire series are the 1926 game in Chicago and the 1983 game in Pasadena, California. This year’s game is the first time it’s been played on campus in several years, so expectations that the Black Knights win are high.

Even though the Black Knights will have a home-field advantage, the midshipmen have historically proven that they’re the superior team. Not only does the Navy hold the largest victory – 51-0 in the 1973 game, but the midshipmen also hold the longest winning streak, having successfully defended their title for 14 years in a row, from 2002 to 2015. Overall, the Navy leads the series with 61 leads, 52 losses, and just seven ties.

The Army/Navy rivalry dates back to 1890 when cadet Dennis Michie accepted a football challenge from the Naval Academy. The two football teams faced off at West Point for the first game on November 29, 1890, and have met every year since 1930.

But this interservice rivalry football game isn’t just about the game. It’s also about the uniforms and what they mean to the players who are wearing them.

Last weekend, the Army released the uniform the Black Knights will be wearing. The “Tropic Lightning” uniforms were constructed to honor the 25th Infantry Division and their efforts during the Korean War. The 25th ID was the second unit to arrive on the Korean Peninsula and participated in some of the Korean War’s most difficult battles. The Division is known as the Wolfhounds because it served with the American Expeditionary Force in Siberia during WWI.

The Army website says that the uniforms help embody the spirit of the soldiers from the 25th ID. “Among their division, the wolfhounds struck fear into their enemy with their ferocious fighting nature in combat.”

To celebrate the Navy’s 175th anniversary, the midshipmen’s uniforms were inspired by history. The Navy website says that the midshipmen will be wearing uniforms inspired by “historic architecture.” The uniforms have been crafted to highlight “the marble stone pattern featured in its landmark buildings: the Naval Academy Chapel and Bancroft Hall.” To be fair, the midshipmen will look like marble because of the “high contrast of the white veins on the navy stone,” an aesthetic effort that’s supposed to create the feeling of “whitecaps on the rough open seas.”

These Ocean Camo uniforms might not have the history of the 25th ID as their impetus, but they were designed with a nod to history in mind – especially to the Navy’s history. The blue and white pattern is supposed to reflect the Naval Academy grounds and is a subtle nod to both John Paul Jones and George Bancroft. Jones was a Naval Commander during the Revolutionary War, and Bancroft founded the Naval Academy.

No matter if you’re a Go Army, Beat Navy! family or if you’re staunchly flipped, the game is going to be worth watching, if only because it honors the tradition of this fantastic interservice rivalry. The game will be streamed on CBS at 3pm local time.