This is how Teddy Roosevelt wins a bar fight 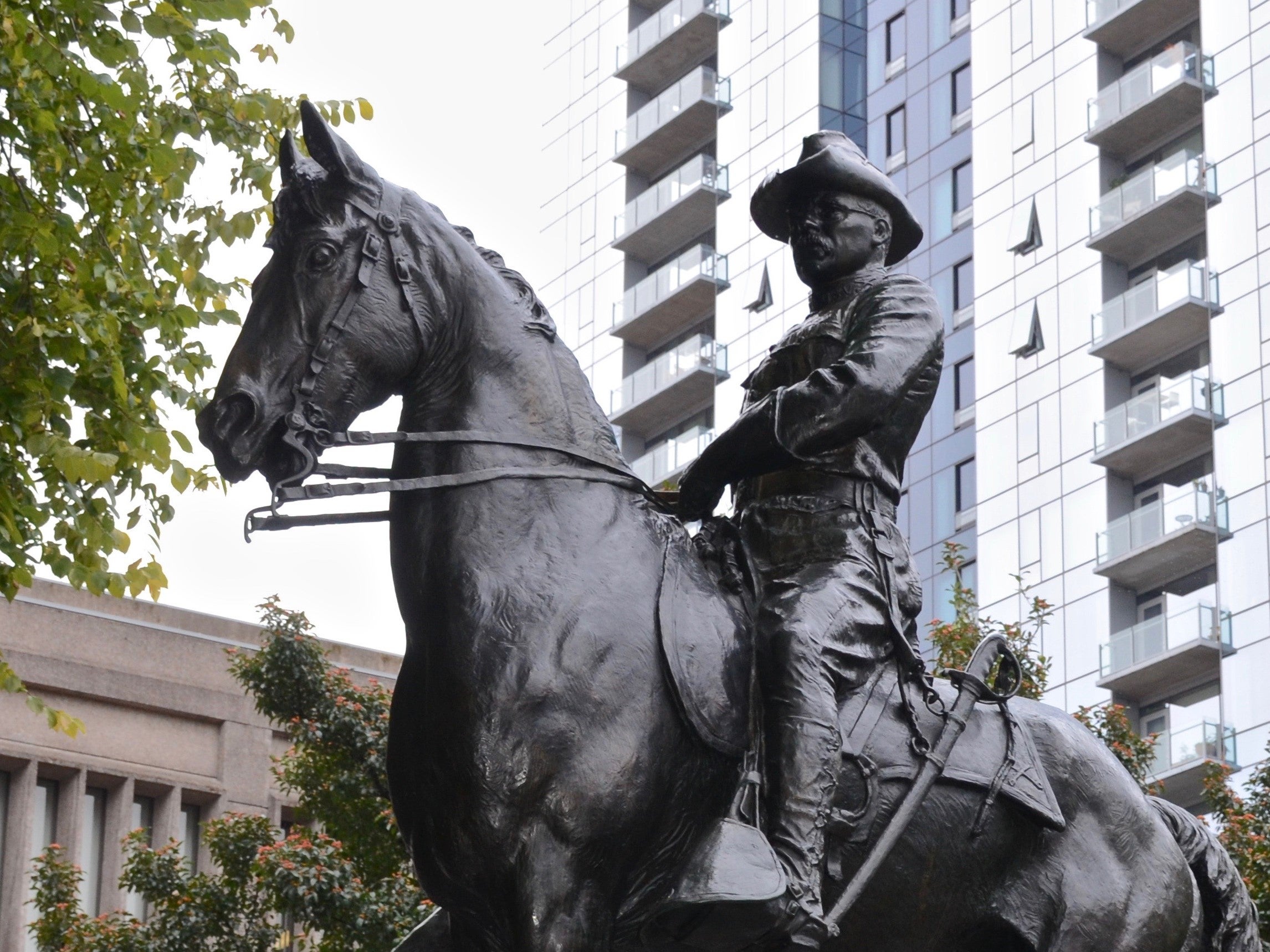 Bullying is nothing new; even the Old West had its share of bullies. When one of those Old West villains made the mistake of poking fun at the glasses of a stout man of average height in a Mingusville, Montana, hotel one day, he got run out of town on a train. The fight began with what might be the oldest taunt against people who wear glasses. The fact that this particular bully said it to young Teddy Roosevelt in 1884 just goes to show how old the name “four eyes” really is.

But the bully had no idea who was wearing those glasses. TR didn’t come looking for a fight, but he always looked to end them.

This is the guy who cured his own asthma using just willpower, after all.

By 1884, Teddy Roosevelt did not yet have the bold international reputation he would have in later years, but he was still a successful boxer and martial artist. He wore his signature round spectacles, as he always had, even when he was ranching in the Dakota Territory. The bully in question could not have known about TR’s dedication to his personal “Big Stick” policy.

Roosevelt was on a sort of hiatus from political life, having supported a losing candidate in the Republican Party. His wife Alice died during childbirth earlier that year. His mother died just days later. He left the world of New York politics to start a second ranch out west, where he did more than play cowboy in the Dakota Badlands. It was there he learned to rope, ride, and hunt in the Wild West. He even wrote three books about his time there.

When he came into Nolan’s Hotel in what was then Mingusville, Montana, he was on a self-driven riding trip through the Badlands and Western Dakota areas. Late one cool evening, as he walked upstairs to the bar area, he heard two shots ring out. He noticed the people in the room were looking around with fake smiles. A man with two cocked pistols in his hands was apparently shooting at the clock on the wall.

As soon as he saw the young Roosevelt, he told the room that “Four Eyes” was going to buy drinks for everyone. Roosevelt just laughed it off and took a seat by the stove — but the man followed him. He stood over the future president and told him again that “Four Eyes” was going to buy the drinks, guns still in each hand. Teddy laughed and stood up.

TR was well-known for his boxing exploits later in life.

Instead of laughing it off, Roosevelt hit the man with a hard right to the jaw as he rose, then followed it up with a left and another right. The guns went off, but Roosevelt was unsure if the man was actually trying to shoot him. With Roosevelt’s final right, the man stumbled into the bar, hitting his head and knocking himself senseless. With that, the bar owners dragged the man out into a nearby shed and put him on a freight train the next morning.