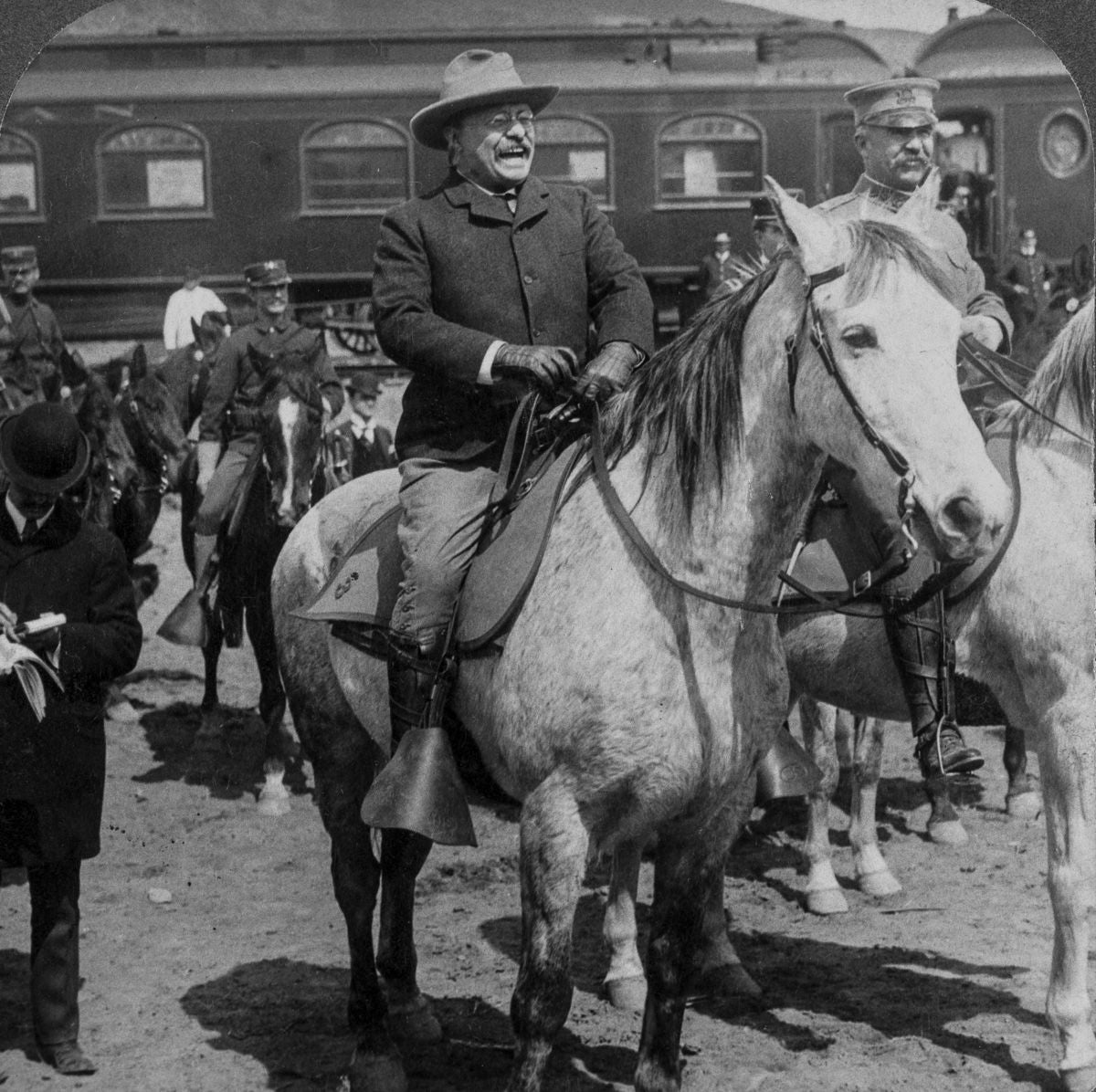 Photo courtesy of Library of Congress.

Few figures in American history loom as large as Teddy Roosevelt. The man embodied the can-do American spirit and the gritty resolve of the American fighting man.

But when the former “Rough Rider” was offered up his first military command, the gutsy Roosevelt initially demurred.

Theodore Roosevelt was the Assistant Secretary of the Navy when war with Spain broke out in April 1898. As soon as Congress authorized three volunteer cavalry regiments, Secretary of War Russell Alger offered command of one of those regiments to Roosevelt.

A former frontiersman and staunch advocate for American intervention in Cuba, Roosevelt was eager to join the fight. But as ready as Roosevelt was to go, he had no idea how to lead men in combat, as he explained in his recollection of the war:

“Fortunately, I was wise enough to tell the Secretary that while I believed I could learn to command the regiment in a month, yet that it was just this very month which I could not afford to spare, and that therefore I would be quite content to go as Lieutenant-Colonel, if he would make [Leonard] Wood Colonel.”

The next month, Roosevelt resigned his position in the Navy Department to join his friend Leonard Wood in raising the 1st U.S. Volunteer Cavalry Regiment. The original recruiting plan called for nearly 800 volunteers from New Mexico, Arizona, Oklahoma, and the Indian Territory. However, the regiment was allowed a strength of 1,000 men drawn from anywhere. So Roosevelt recruited his old acquaintances from Harvard as well as other Ivy League men from Princeton and Yale.

The regiment would eventually consist of cowboys, ranchers, and miners from the territories, former lawmen and soldiers, college scholars and athletes, as well as Indians and even a few foreigners. Considering the diversity of his volunteers, Roosevelt was often worried discipline would be an issue. But in the end, he was “agreeably disappointed.”

The men gathered in San Antonio, Texas, to begin preparations for war. It was around this time that the term “Rough Riders” was first applied to the unit. Though Wood and Roosevelt initially fought against it, they eventually embraced the name.

While Wood had the military wherewithal to lead the men, it was Roosevelt’s connections that made it all possible. Roosevelt used his political connections to ensure his people received the same equipment as regular army units. Wood, knowing the system, expedited the requests through the ordinance and quartermaster departments. Roosevelt then greased the wheels in Washington to make sure their equipment arrived promptly.

The regiment issued the Krag-Jorgensen .30-caliber carbine and Colt .45 revolver to its troops. The regular army equipment was vital, as it meant the Rough Riders could link up with regular army cavalry units and share supplies. Roosevelt’s affluence and family ties also garnered a pair of M1895 Colt machine guns from a wealthy donor.

Finally, the unit adopted a uniform appropriate to its nickname. The Rough Riders’ uniform consisted of a slouch hat; blue flannel shirt; khaki trousers; leggings; boots and a handkerchief tied loosely around the neck. It was “exactly as a body of cowboy cavalry should look.”

Once equipped and outfitted with the necessities, the unit set about training as a standard cavalry unit. Wood was mostly engaged in acquiring the equipment necessary to deploy the regiment. This left much of the training in the hands of Roosevelt. Though most of the men were already excellent horsemen, they drilled in shooting from horseback and fighting in military formation. After some deliberation, Roosevelt decided to neither train nor arm the men with the standard cavalry saber, as they were wholly unfamiliar with it. Instead, their secondary weapon would be the revolver, a weapon the cowboys knew well.

By the end of May, with scarcely a month of training, the men departed San Antonio for Tampa, Florida, where they would embark for Cuba. A transportation shortage meant only eight of the regiment’s 12 companies would make the trip – with no horses. Those companies arrived in Cuba on June 23, 1898, and were assigned to the Cavalry Division, Fifth Army Corps commanded by Maj. Gen. William Rufus Shafter.

The very next day, the Rough Riders saw their first action at the Battle of Las Guiasimas. Led by Gen. ‘Fighting Joe’ Wheeler, a former Confederate officer, the Rough Riders –  along with the 1st and 10th Cavalry Regiments and Cuban units – advanced against a Spanish outpost. In the excitement of the fighting, Wheeler is said to have exclaimed “Let’s go boys! We’ve got the damn Yankees on the run again!” confusing his time in the Civil War over 30 years prior.

This small fight brought initial fame to the Rough Riders when the stories hit newspapers back home. But the Rough Riders were not done yet. A week later, the unit would go down in history its their part in the battle of San Juan Hill.

On July 1, the bulk of Fifth Corps advanced on Santiago de Cuba. A bloody fight broke out at San Juan and Kettle Hills outside the city. Roosevelt was now leading the Rough Riders after Wood’s promotion to Brigade Commander. Disturbed by the inaction and slow pace of orders being given by Shafter, Roosevelt pressed his men forward under heavy Spanish fire. Roosevelt felt the orders to progress slowly were inadequate to take the hill. He ordered his men into a full frontal assault.

The Rough Riders, joined by surrounding units who were encouraged by their tenacity, surged forward in a series of rushes against the Spanish trenches and blockhouses. They succeeded in taking the position, though casualties were high. Roosevelt’s leadership during the battle earned him the Medal of Honor in 2001.

After the battle of San Juan Hill, the Rough Riders assisted in the siege of Santiago and the final defeat of the Spanish in Cuba. During the campaign, the Rough Riders suffered 23 killed in action and just over 100 wounded. On September 18, 1898, just four months after its initial formation, the Army disbanded the 1st U.S. Volunteer Cavalry.