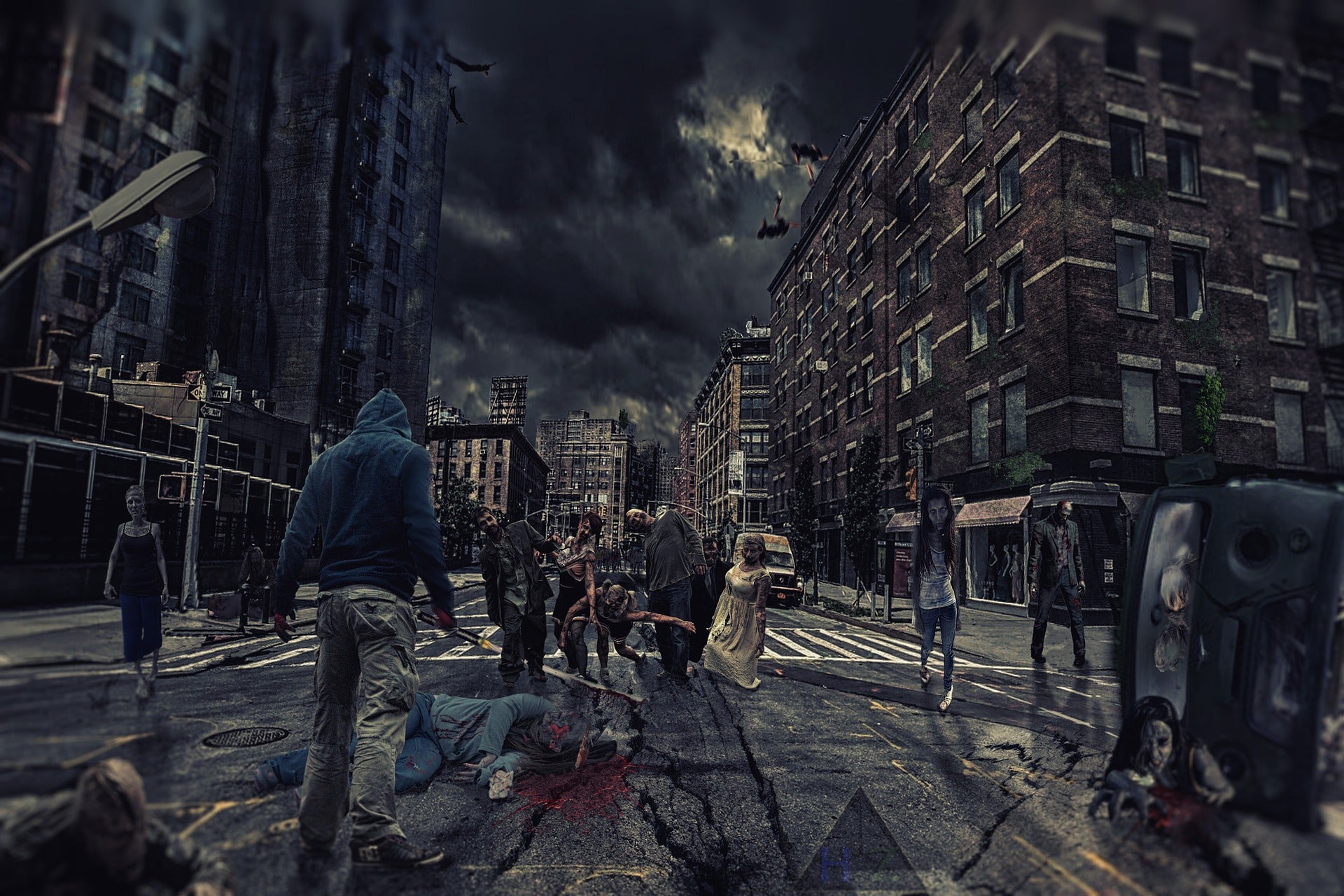 It’s that time of year when everyone turns on their TVs, sits down with a nice bowl of popcorn, and gets a little spooky. That horror flick you’re watching for the 13th time isn’t throwing any curve balls. Obviously, the supernatural killer with a highly marketable mask/face is going to slay those oblivious teenagers who’ve never heard of strength in numbers.

But there’s one glaringly stupid trope that happens in nearly every zombie film or show ever made.

At one point, the lone survivor of the group ends up stumbling across the remains of what used to be a military unit. Turns out, the odds are so stacked against mankind that even the world’s best-trained fighters didn’t stand a chance against a swarm of undead monsters. Our protagonist then arms themselves with the leftover military gear and sets off in search of a more pleasant ending.

In reality, however, this just wouldn’t happen. Not in a million years. In fact, it’s more difficult to find a single scenario in which the zombies did stand a chance against the U.S. Armed Forces. — but we tried, anyway. Let’s take a look at what kind of damage those lifeless shamblers could do, given a perfect scenario, before taking yet another trip to the dirt.

There are countless different types of zombies, depending on the fiction to which you subscribe, but, in all likelihood, the U.S. military actually does have a plan to counter each and every one of them outlined in CONPLAN 8888. From your standard Romero/Walking Dead zombies to the 28 Days Later, rage-virus zombies to voodoo zombies to, hell, even the Plants vs. Zombies zombies, all accounted for. Sure, each plan may be written by a bored staff officer as part of a clearly tongue-in-cheek thought experiment, but it’s still official military doctrine.

But for the sake of this article, we’re going to need to make a few assumptions:

First, we’re going to stick with the standard zombies — you know, the slow, shuffling type you’re used to seeing in pop culture.

Second, we’re going to face those zombies off against the military at its lowest level of self-sufficient operations: a battalion-sized force. Shy of any single platoon going on a patrol, military commanders would never spread their units any thinner than this in such a dire emergency. A battalion has enough of every type of support troop to keep the operation moving along until they can reconnect with a larger force.

Finally, the zombies are going to exclusively face infantrymen in engagements because once you add the might of an A-10 Warthog or an Abrams tank, it’s just unfair. In the event of an actual world-ending apocalypse at the hands of brain-eating zombies, the military has thousands upon thousands of vehicles that wouldn’t take a scratch from corpse claws.

So, a battalion of infantrymen it is.

There are only a handful of ways that the zombies could ever gain a tactical advantage: surprise or vastly superior numbers. Both are lost after a battalion sets up a perimeter and holds off an area. The U.S. Army has finely honed an ability to create a fully functional forward operating base in just 72 hours. This time frame is good anywhere in the world. That number would presumably be even lower if said base was needed near an existing military installation and they have the means to production.

There will be guards posted at every angle of approach, so there’s no way any zombies could get past the constant guard duty. Even their number advantage is negated when impenetrable barriers are placed. Given enough zombies, they could probably push down a chain-linked fence, but the military makes good use of hastily-made and ready-to-go Hesco Barriers and concrete T-walls. This impassable wall would force any attacking zombies into a funnel, moving towards the one and only entrance, which we can assume is heavily guarded.

If the zombies fail to overrun the troops in those first 72 hours, their only bet is to pick them off slowly as they patrol outward. Even then, the outcome doesn’t look so great for the visitors.

Troops live by the military strategy of asymmetrical warfare, meaning that there’s no such thing as “fair fight” in war. Since zombies are a clear-cut bad guy that troops have been itching to fight, don’t expect them to go easy on ’em just because they’re slow. Even pitting one troop against a swarm of the undead would likely end in favor of the living. Not only are Zombies slow, they also tend to stack up their weak points (the head, for those who’ve never seen a movie before) in a nice row, all lined up for a rain of machine gun fire.

But let’s pretend that the troops and the zombies play a game of attrition and see who lasts the longest. The troops would still win. Depending on weather conditions, a lifeless body left outside starts decomposing in about 24 hours and turns to goop after about a month. So, supplies, both scavenged and rationed, for a month? The military knows logistics.

Okay, let’s say they don’t decompose while “alive.” The only thing troops would need a constant replenishment of is food, and there are MREs left in Connexes found all over military installations. The shelf life of an MRE in moderate conditions is five years.

Feature image by currens from Pixabay

RELATED ARTICLES AROUND THE WEB